Mitsuaki Imura on “Sakeru Gummy” and his career 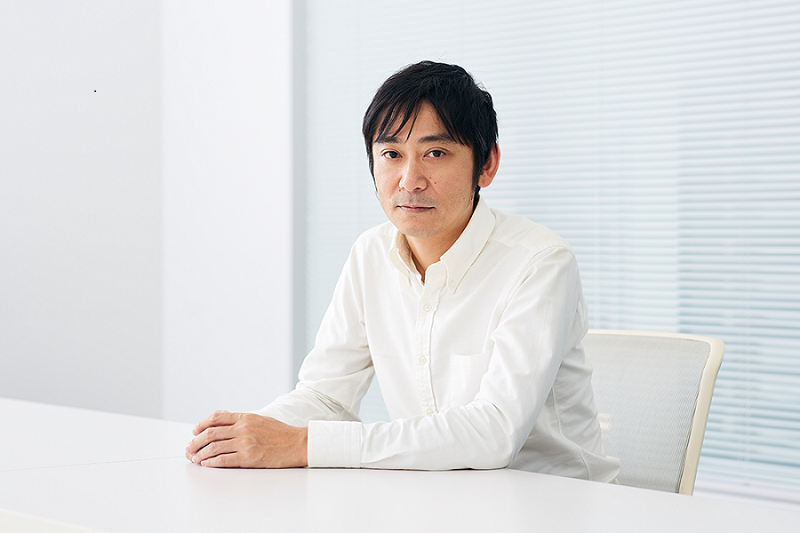 The “Sakeru Gummy” series of commercials for UHA Mikakuto won Silver at Cannes Lions 2018. It also won the Grand Prix at two of Japan’s premier advertising competitions, the ACC Grand Prix, Minister of Internal Affairs and Communications Award at ACC Tokyo Creativity Awards 2018 and the TCC Advertising Award Grand Prix. We asked Mitsuaki Imura, the creative director on the work, to take us behind the scenes of the creation of the “great love story” in the Sakeru Gummy commercials, and Imura’s own trajectory as a creator.

You graduated from University of Tokyo’s Faculty of Agriculture. Isn’t that a bit unusual for Hakuhodo?

Japan’s economic bubble burst in 1991, the year I joined the company. Science graduates were still unusual at the company then, but today, employees with science degrees and those called Technologists are getting a lot of attention and I’m a bit envious.

I joined Hakuhodo because working at an advertising agency sounded like more fun than doing post-grad studies, and I thought it would make me more attractive to the ladies. But rather than the flashy life I envisaged then, here I am at 50, having frittered my time away doing overtime [laughs].

You only have to see the award-winning “Sakeru Gummy” series once for it to leave an impression, and it’s chock-full of your unique world-view

Oh, really? I actually made it thinking it was full of the faithful old standards [laughs]. The client’s brief was: “We want to make the product feel major, so use major expression.” 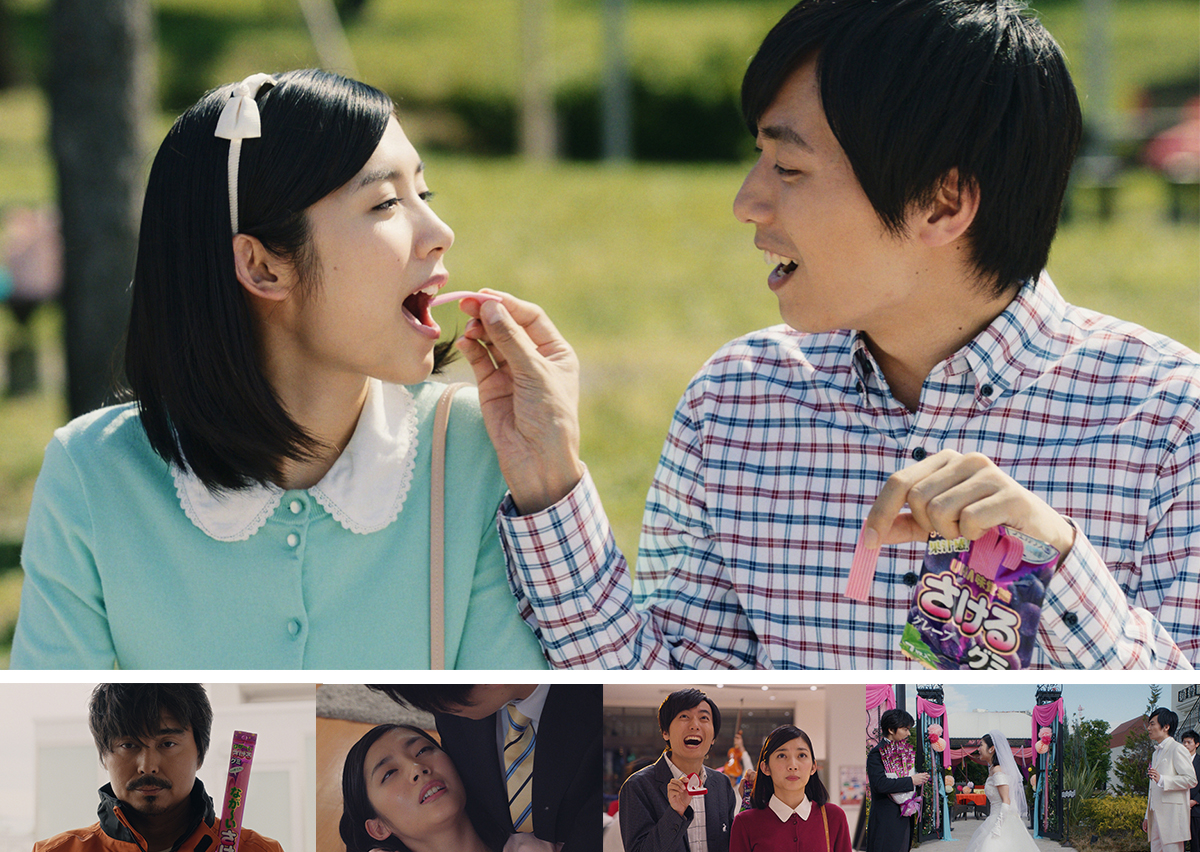 What was the most difficult thing?

Long Sakeru Gummy’s USP is its length. The client said, “We said to make it feel major, but making the product longer actually makes it niche.” That was the start of my headaches.

Laying down a lot of money on loads of insertions and recruiting a big name celebrity to create a sense of splashing the cash around is one way of producing “major expression.” I did try making proposals like that, but thought, “No, that’s not it,” and changed tack. After various twists and turns, I finally hit on the idea of trying something with all explanations removed.

For instance, a typical response would be to convey the message “Sakeru Gummy, now in a long version.” Something obvious like that. But that sounded like some strange new thing had arrived, and did not feel “major” in the slightest. So despite having lots of things I wanted to say, I didn’t say any of it and instead just showed the product name briefly and that was it. Pretending like the product had been around forever would make it feel more “major,” I thought. After all, Coca-Cola never needs to resort to product explanations, does it?

Candy has a “kiddy” image, but the commercial creates a grown-up love story’s world. Why did you decide to use a couple?

To begin with, there’s probably not many other products with as clear a USP as “tear apart with your hands and eat,” so it should have been an easy product for a commercial planner to express.

But when we drew story boards with the words “It’s long” and “You tear it,” we discovered it just sounded childish. To convey that it’s candy for everyone, not just little kids, we needed to lift the age of the characters. The plainness and simplicity of couple and a mysterious man was perfect for creating a story for a commercial with hardly any explanations.

How did the client respond to your pitch?

We had already had several discussions with the client about “making it feel major” and had made a couple of pitches, so we had build a relationship where they could tell us straight, “We don’t think the proposal you brought the other day is what we’re after.”

The client’s president attended each of our presentations, and at about the fourth one, basically gave the green light to our final proposal on the spot, saying, “Let’s keep it this simple!”

It was a brilliant proposal, even if I say so myself. The two products appear continuously throughout and the actors are eating the product from start to finish. The commercial compares little Gummy and Long Gummy, and though there are no explanations, it actually only talks about the product.

When commercials try to be funny, they often use methods like depicting a world removed from the product or that doesn’t logically follow on from it. We did the exact opposite and the result is a “Commercial” with a capital C, one where the product and the world depicted are in complete alignment.

I understand that you initially planned five episodes, but this was increased to 11?

The product was selling well and the series was creating a bit of buzz on the Internet. There weren’t a lot of TV insertions, but people who’d seen the ads online must’ve been buying it, and the client said they’d like us to continue the series. 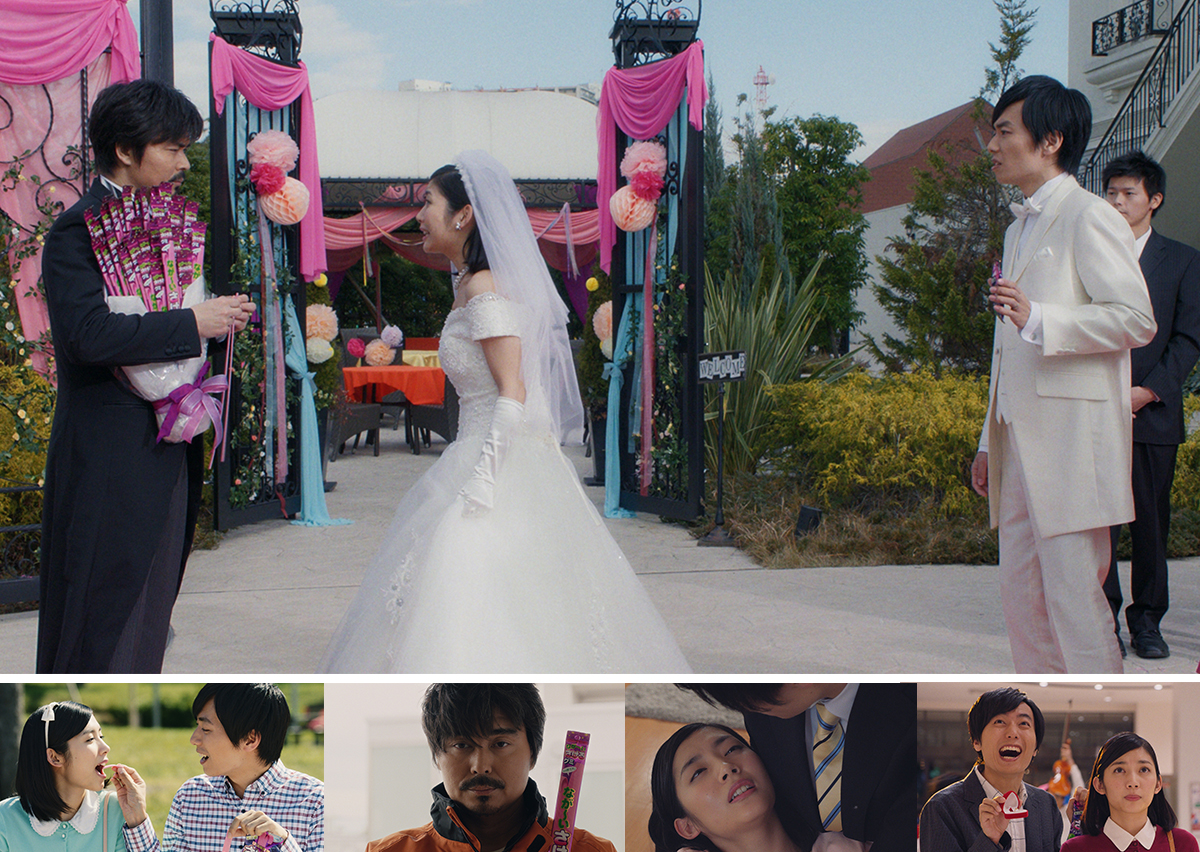 The work was much talked about abroad, too, I believe?

Yes! I first heard about it through word of mouth and was honestly surprised to hear that the media and ordinary people abroad were talking about it without any prompting. Before we knew it, it had been translated into English, Spanish and Chinese, then there were even dubbed versions, and before long someone had even added a song and what not! It was all completely unauthorized [laughs], but we’re grateful anyway.

You were first assigned to the Miyazaki Team, weren’t you? That team was called a “legion of stars,” having turned out numerous creators

My first rotation was only two years, but it was the team that left the biggest impression. It was long before workstyle reform, and after I was assigned there, I was not able to go home at a reasonable hour for quite some time [laughs]. It was before the Internet, and I had mountains of things to research and materials to hunt down.

I would be told to come up with lots of ideas by the next meeting and would frantically come up with 100 proposals, only to be told that all 100 were boring and, even rewriting them several times, would still be told they were dull. It was the same day after day. It wasn’t hazing by my seniors; the ideas really were boring. They were a rookie’s copy, after all.

Still, as a rookie you feel like you are being completely dismissed, and there were some who crumbled or became stubborn. There are no qualifications for this job, and there is a tendency to overestimate one’s talent just getting “Copywriter” on your business card. 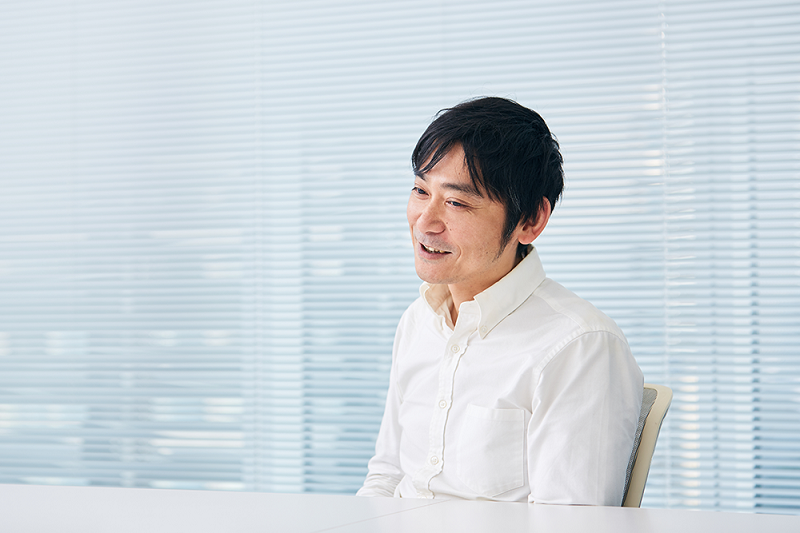 My only good fortune was that those around me were all the most amazing people. The “Hungry?” series for Nissin Cup Noodles, which won Takuya Onuki the Cannes Grand Prix, was made in real time right in front of my eyes, and other star creators were always milling around, too.

That’s why, when they told me, “This is no good; you’ve put no thought into it. Do it again!” I actually said, “Got it! My apologies!” obediently and from the heart. This freed me from the emotional stress of having had my work found wanting.

Onuki-san would cover an entire wall with rough work, and watching him from behind spending hour after hour just thinking, I knew that there was no way I could do it myself in a short time. I was often told, “Think about things lots, time and time again.” I was extremely fortunate, I think, that this made me aware right from the get-go that thinking a lot is just the way it has to be.

It’s said that advertising captures the times. Some say that that means if you can pick out something from what young people are feeling and put it into words, then it’ll be good copy. They think that it must be easy or a matter of chance. But for me it was nothing of the sort. Whether it was a 15-second commercial or a graphic ad, my two years in the Miyazaki Team impressed upon me that if you don’t spend a huge amount of time thinking, the right words will not come.

You’re currently assigned to a creative team working on video production. Is this very different from creating commercials?

Commercial films are, naturally, of a length that suits the product or message, so I don’t think there’s a lot of difference. I’ve often been shooting what I thought was a 30-second commercial, only to edit in extra cuts, making it two minutes. Plus all this talk about “video content.” IT has just made it easier to view video content, but video itself has been around for a long time. People at TV stations have long been making videos of all kinds of lengths, from one-minute mini clips to two-hour long dramas. Movies and music videos also come in various lengths.

But the world “video content” has grown legs at advertising agencies, and it now seems to be a threatening concept: so instead of making commercial films, we need to make videos. It seems like we’re trying to move away from advertising by hook or by crook.

But that’s not possible. Something that was impressed upon me when I was helping make a TV program a long time ago is that drawing a storyboard for a world condensed into a 15- or 30-second commercial is totally different from writing even a four- or five-minute long script. The training is different, too. You couldn’t really say that if you can create a commercial, you can create video content as well.

So I don’t think it’s to your advantage to think you’re freer than you really are because you make video content. There is all sorts of video content on the Net, so I’m more likely to come up with something unusual if I start from a base of advertising, which is my forte. Anyway, even though it’s the Internet, shorter videos are more likely to get views.

Is there some work you’d like to do in the future?

Is there some work you’d like to do in the future? 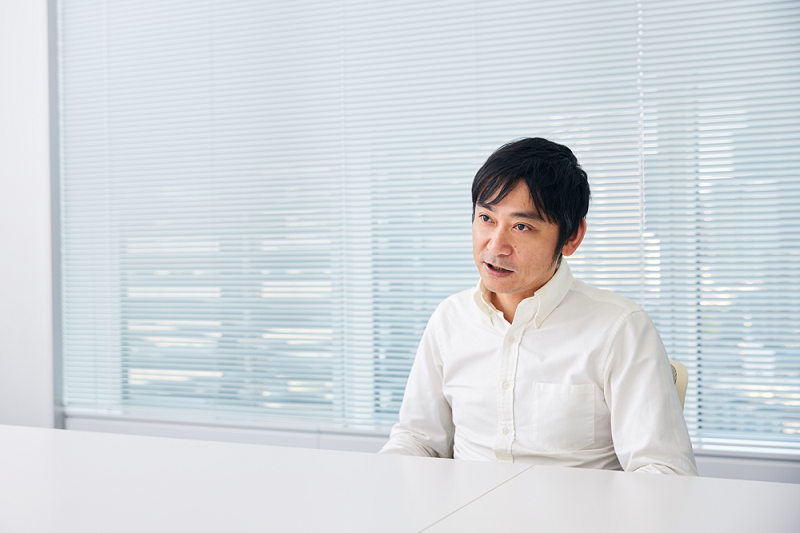 Rather than some work I’d like to do, I’ve recently started to think it might be time to change the way I’m involved in my work. It’s 10 years until I reach retirement age. I’m in the habit of thinking about things many times, and honing my plans. I’d like to try something new. 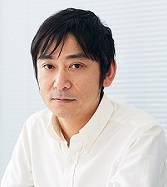 Mitsuaki Imura,
Creative Director, Hakuhodo Inc.
Mitsuaki Imura was born in Hiroshima Prefecture in 1968. He joined Hakuhodo in 1991 after graduating from the University of Tokyo’s Faculty of Agriculture. His main work includes Fanta (Coca-Cola (Japan)) and Sakeru Gummy (UHA Mikakuto).
SHARE
Back to News & Insights