Kazoo Sato on serving on the Entertainment Lions for Music Jury

To get a look into some the Cannes Lions International Festival of Creativity 2022 winners and gain a feel for the overall trend at Cannes Lions this year, we interviewed Hakuhodo’s Shinya Tokuhisa, who served on the Creative Commerce Lions Jury, and TBWA\HAKUHODO’s Kazoo Sato, who was on the Entertainment Lions for Music Jury.
Let’s hear first about the first Cannes Lions to be held on location in France in three years from Kazoo Sato. 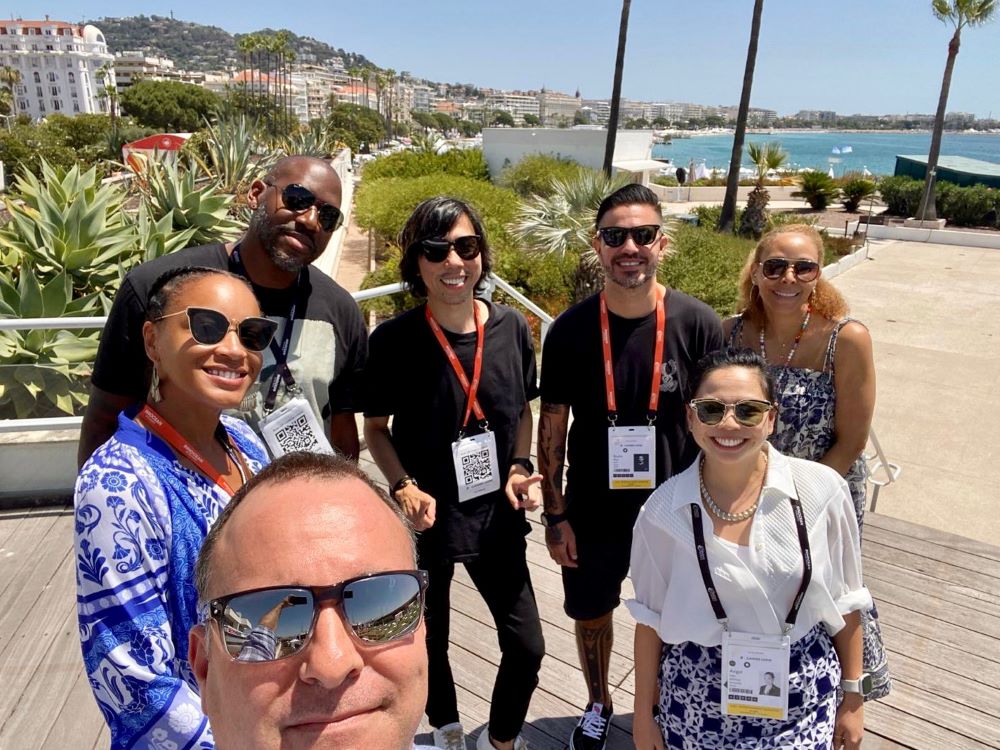 What were your impressions of this year’s Cannes Lions, which were held on location for the first time in three years due to the pandemic? And did you detect any trends?

When I landed at the airport in Europe, I was surprised to see Europeans without masks on, their whole bodies exuding the exuberance of travel they had not felt in a long time. It was as if the pandemic was completely under control in Europe and the North America (even though there were still cases). And for the first time in three years, Cannes seemed to be completely back to its old self, or, actually, even more vibrant than ever. Jury members, naturally, were also unmasked. I was excited to have discussions where I could see people’s mouths after all this time, and was reminded that face-to-face is still the best way to discuss creativity.

There were relatively fewer entries in the Entertainment Lions for Music category; maybe about 500 in all. From those, we ended up with a shortlist of about 40 entries, of which about 23 received awards. The jury was around 50% people from agencies like ours, not least the CEO of BBH USA (a former MTV director). The rest included the global CMO of a major beverage company, and people from entertainment platforms, such as Amazon Music and Netflix, and producers from music production companies. There were 10 of us in total, with the perfect balance in terms of diversity and professions, which, I think, made for meaningful discussions from start to end.

I’m sure there are many key words that can be used to describe the trends of the award-winning entries, but in the Entertainment Lions for Music category, I’d say they’d be “social justice,” “the speed of culture,” and “true ambassadors.”

“Social justice” was a keyword common to more than half of this year’s award winners, I believe. It refers to the way brands voice their opinions or express their stances on issues of social injustice. Nike’s “Dream Crazy” campaign for the 30th anniversary of Just Do It. might be an easy way to understand what I I’m talking about.

By “the speed of culture,” I mean how quickly a brand is jumping on the culture being talked about on social media and applying it to its own marketing and communication.

And with “true ambassadors” I’m referring to a relationship between an artist and a brand in a communication initiative that is not just a ride (a tie-up, say), but essential, truthful, and one in which both parties collaborate with a common desire. Many of the award-winning works can be understood in terms of these three key words.

What made this year’s Entertainment Lions for Music Grand Prix winner unique? 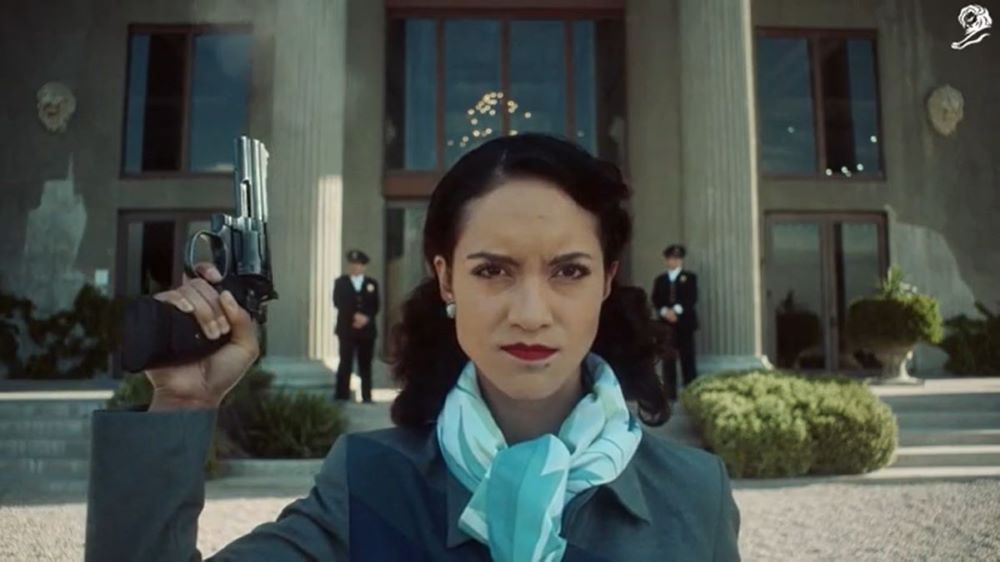 There is a rule that one or two works will be awarded the Entertainment Lions for Music Grand Prix each year, and one of those will be selected not ads from among the ads, but from pure music videos. This rule was decided the year the Entertainment Lions for Music category was established, and the aim is to look at the category from a broader perspective of creativity, and not just advertising. The idea was to prove that even music videos have the power to change the world, which may be easier to understand when you consider the global impact of “This is America,” which won the Grand Prix in this category in 2019.

I believe that this year’s Grand Prix winner was chosen for exactly this reason. I think of the key words I mentioned earlier, social justice applies to this music video released by the Mexican artist Residente on Sony Music Latin. The video sets the relationship between US imperialism and the social problems facing South American societies to rap music. The following is how I explained the work in a piece I contributed to Koichi Kawajiri of Ginga Lighter’s note.

“When the US uses the word ‘America,’ it is only referring to the continental US. But South America is also ‘America.’ It is Latin ‘America.’ Is US imperialism not based on the sacrifices of many good citizens and the abundant natural resources, etc. of numerous Latin American countries, including Mexico, Brazil, Puerto Rico, Venezuela, Chile and Colombia? By parodying various historical heroes and incidents that fought against the status quo and for justice, the video questions what real justice is. Where Childish Gambino’s ‘This is America’ highlighted the truth about the continental US, Residente’s ‘This is Not America’ poses a question to the world about the truth about Latin America.”

In our discussions, the judging was naturally very careful about political correctness (the elimination of discriminatory expression), but discussion also extended to the question of what real justice is in war, with the war in Ukraine as an example. Although its visual expression is a bit aggressive, “This is Not America” is fresh and very brave in that it gives a new perspective on “America” as a value. It was rated because when society undergoes a major transformation or change in values, the power of music is always there. We selected this work for the Grand Prix based on an overall evaluation of these points.

The Hakuhodo Group also received a Bronze Lion in this category. 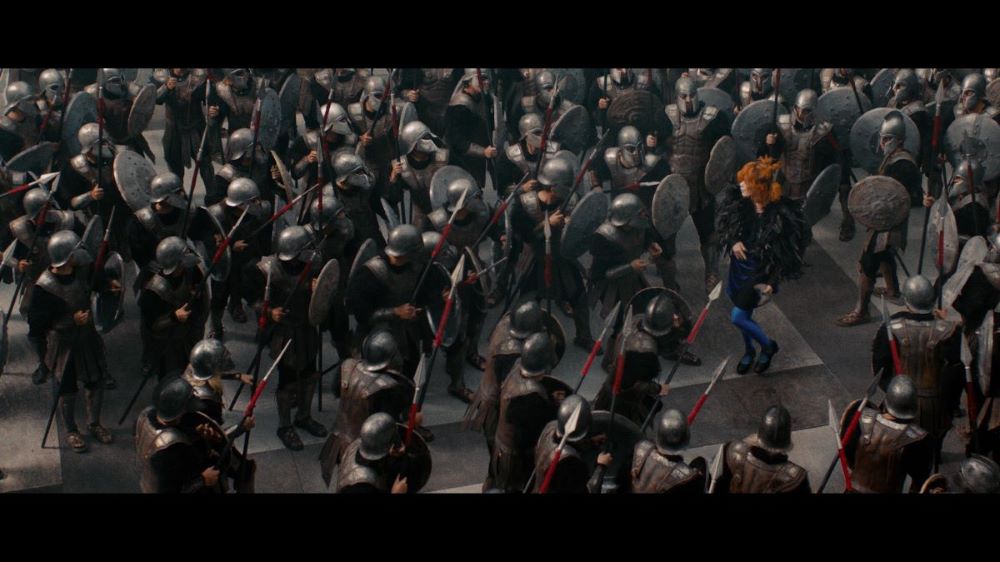 What is likely to rate highly at Cannes in the future, including in other categories, and what perspectives are necessary to win awards?

I know this is often talked about, but the relationship between the idea of the work and the advertiser must be authentic. And the advertiser’s stance in the work can’t be false; it must be in keeping with the purpose. I think those are the important things.

Whenever I talk about Cannes entries, I still see some people who wonder how “for good” works, typified by social justice, relate to the advertiser’s profits. But, from ESG perspectives, solutions to social challenges from companies directly affect stock prices, and I believe that opportunities for our ideas to make a significant contribution to the creation of non-financial value for companies will increase in the future. There will be even more to learn from Cannes Lions in the future.

Kazoo Sato
Chief Creative Sustainability Officer, TBWA\HAKUHODO
Kazoo Sato started his professional career at Sony Music Entertainment in 1997, later joining Leo Burnett Tokyo and then, in 2009, TBWA\HAKUHODO. He has won many awards for big ideas that go beyond the bounds of media, including Gold at Cannes Lions, Clio Grand at Clio Awards, Yellow Pencil at D&AD and Grand Prix at ADC Awards, as well as awards at the Japan Media Arts Festival. Kazoo has also served as a jury member at international awards in such domains as music, design, digital and promotion, including serving as a member of the Film Jury at Cannes Lions in 2012 and the Product Design Jury at Cannes Lions 2017. He was the JAAA Creator of the Year Medalist in 2011, Campaign Asia-Pacific’s Japan/Korea Creative of the Year in 2013, and Pen’s Creator of the Year in 2019.
His hobby is ad watching.
SHARE
Back to News & Insights