The Intelligence of Things: AI and new concepts for the future

Billing itself as the world’s gathering place for all those who thrive on the business of consumer technologies, CES is an annual trade show and conference organized by the Consumer Technology Association. In this three-part article, Hakuhodo staff Tetsuya Waida and Kaori Abe report from the 4-day event in Las Vegas.

One of the first major events of the year, CES is here. Setting the tech trends for the year to come, the world’s biggest tech conference, CES, needs no introduction. Held for the 53rd time this year, CES will run from January 7 to 10, with 4,500 exhibitors, 170,000 visitors and 1,200 start ups set to participate, according to the event’s organizers.

Like last year, AI and 5G look like being the key words at CES this year. Gary Shapiro, President & CEO of Consumer Technology Association (CTA), started proceedings on the first day, noting that AI will lead the 5G and data age.

To touch briefly on the background in the US, Alibaba, Tencent and other Chinese IT companies will not be participating, most likely due to the impact of US-China trade friction. We understand that many other Chinese firms have also cancelled their participation at CES. This in no way means that China has become disconnected from global tech trends, but it should be understood that advances in China’s technology and AI are attracting attention as a threat.

Another factor is the California Consumer Privacy Act (CCPA), which was introduced in January 2020. Privacy has been an issue recently, from the General Data Protection Regulation (GDPR) to Facebook, among other issues, but being even more firmly in the spotlight now, privacy officers from Apple, Facebook and the like hosted seminars at CES. At many other sessions, too, technology and data privacy were discussed essentially as a set.

Besides digital health, the IoT and other technology-related sectors, more importance was placed at CES this year on the future of work, diversity, inclusion and other social issues. Global Tech Challenge, a program in which CTA and the World Bank Group call on the tech community to contribute value from technology to society, was launched at CES 2020.

Japanese exhibitors were also present in force this year. Toyota was there for the first time in two years, and NTT, Asics, Sompo Himawari Life Insurance and Bridgestone, among others, exhibited for the first time.

The first day has just finished, so we will mainly focus on the Consumer Technology Association’s kickoff session (CES 2020 Trends to Watch) and the keynote addresses.

IoT: From the Internet of Things to the Intelligence of Things leveraging AI

Noting that CES picked up on the IoT early, Steve Koenig, CTA’s VP, Research, said that advances in data, AI and 5G technology will see the IoT shift from something that connects things to a clear new stage in which it becomes meaningful and of value to people thanks to artificial intelligence.

Koenig sees 5G not as a stand-alone connection to the IoT, but an ecosystem that spans corporate business in its entirety as well as industries, and with AI imbedded in smart speakers and various devices and services, services of real value to people will spread and develop through these.

Meanwhile, Netflix and other subscription video on demand services are experiencing rapid growth. CES itself has had a content business zone called C Space since three years ago. Although smaller than the main CES venues, at the Las Vegas Convention and World Trade Center and the Venetian, this was the first time it has been this front and center. Disney+ and Apple TV+ commenced operations late last year and Quibi and NBC Universal’s Peacock, which are slated to start operating in 2020, both gave keynote addresses. Led by former DreamWorks CEO Jeffrey Katzenberg and former Hewlett Packard CEO Meg Whitman, Quibi is a short video (10 min and under) streaming service designed specifically for mobile devices that will target Millennials with monthly subscriptions starting from $5. With various video formats and business models, including TikTok, too, competition in media services is about to get even hotter.

Concepts for the future put forth by various companies

In press conferences and keynote addresses, global companies all seemed to be either moving previously announced concepts forward with real products or starting work on new directions by announcing their next concepts for the future.

At the opening keynote, Samsung CEO Hyun Suk Kim took to the stage with a presentation titled “Age of Experience,” explaining that Samsung had made a massive shift to a more lifestyle-centered concept, and was even more focused on providing people-oriented experiences and moments. Kim announced that Samsung would be building a better social structure, with an ecosystem utilizing Technology for Good, such as the life companion robot Ballie, and the AR glasses and exoskeleton combination GEMS (Gait Enhancing and Motivating System), which enables AR workouts; and Samsung Innovation Campus, an AI, IoT and Cloud technology training program for young people.

Daimler launched VISION AVTR, a futuristic concept car created in collaboration with the director of the film Avatar, James Cameron. Daimler explained that the human-machine relationship would evolve in the connected domain, particularly interfaces, and that going forward, machines would likely have a biometric connection with their users that recognizes their breathing, behavior and emotions. Historically, automobiles realized personal freedom of movement, but we are approaching an age that will innovate that. The presenters stressed the importance of sustainability that brings human, machines and nature closer together based not on the sort of future that technology will create, but on thinking about the sort of future that they themselves would really like to see. Daimler indicated that its next direction was to move on from modern luxury to sustainable luxury.

Delta Airlines CEO Ed Bastian also took to the stage. Even an airline, which at first glance would appear to have little connection to CES, announced it was investing more heavily in digital to evolve the travel experience for passengers. Ed Bastian introduced Delta’s vision of realizing a people-focused future of travel utilizing technology. The airline plans to evolve its entire UX, with the Delta app as an integrated travel concierge. Down the track, it envisions being able to propose ways of getting to the airport and services that deliver passengers’ checked-in baggage to their hotels. It will also realize multimodality in partnership with Lyft, with a Pay with Miles program where miles can be used to pay for rides. One thing that particularly impressed us was Delta’s investment in a personalized airport experience. Working with Misapplied Sciences, Delta plans to introduce individually personalized signage using PARALLEL REALITY™ technology at Detroit airports from mid-2020. This will enable passengers to look at the same sign and be able to see information specific to themselves. Delta unveiled a future vision at CES that goes beyond simply improving the customer journey.

For Toyota, it was the first time in two years for President Akio Toyoda to speak at CES. Having advanced the e-Palette concept car he announced two years ago, this time he announced the company’s plans for “Woven City,” a real city of 2,000 residents to be built at the base of Mt. Fuji, where people, cars, sensors, technology and data would all be connected. (“Woven” harkens back to Toyota’s history as loom maker in its previous incarnation, Toyota Industries Corporation.) Neither Toyota or Daimler spoke a word about automated driving technology or when automated driving might be realized. We believe that fully automated cars as a business is still something for the future, and that automakers are aware that the social and sustainability realms are more important at this stage, and are starting to take concrete action.

Like last year, P&G focused on its P&G LifeLab again this time round. The company had further advanced the tech devices and subscription model that they announced last year. Amongst its new initiatives was Lumi, an IoT device for the Pampers brand that links sensors in diapers with a mini camera to send notices about infants’ sleep time and when they need their diaper changed through an app. Also, by collecting data for a certain period, analysis of the infant’s individual rhythms will become possible. Heated Razor and the Opte Precision Skincare System (a hand-held inkjet printer that precisely applies the optimal shade of foundation to the face), which were unveiled at CES last year, have been perfected to the point of actually being marketed, with online sales to begin this year. At CES, P&G showed that they are not just conducting experiments and leaving things at that, but consistently and continuously evolving.

In bringing their concepts to life in the real world and putting forward new concepts for the future, companies are not being content simply with theories, but starting specific activities toward implementation at the sei-katsu-sha level and, with the spread of technology at the lifestyle level, there has been a sharp increase in the number of quality products able to satisfy even those with high expectations. This, we think, is the trend at CES this year.

Additionally, at its press conference, Sony unveiled not just information about the PlayStation 5, which everyone was anxious to hear about, but also an (apparently drivable) concept car, the VISION-S, featuring the latest Sony technology, image sensors and entertainment technology.

There was also a project called NEON under Samsung subsidiary STAR Labs, which was creating a buzz from before CES with highly-sophisticated virtual human and digital avatar projects.

And with Impossible Foods, a provider of meat alternatives that debuted at CES last year, unveiling artificial pork this year, there seem to have been new developments in food tech, healthcare, beauty tech, retail tech and robotics, so we plan to take in all the future directions indicated by different companies. We will confirm where the actual technology is at here at CES and report back in the second part of this article. 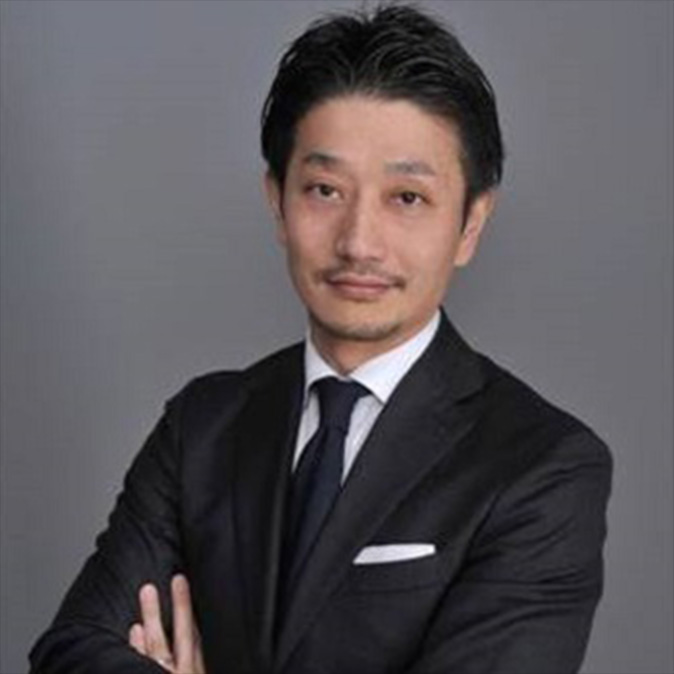 Tetsuya Waida
Director, Global Data Marketing Department, Hakuhodo Inc.
Working in line with Hakuhodo’s sei-katsu-sha–centered philosophy, Waida is in charge of strategic planning, management, business development, innovation, and global development in marketing domains driven by digital and data. He provides top-line marketing support to corporate clients in such areas as digital transformations, data analysis, DMP applications, data infrastructure construction, and organization development—with a particular focus on the automotive, IT, precision machine, electronics, EC, and cosmetics sectors. He also has in-depth knowledge of overseas operations and technology trends in China, India and the rest of Asia. He served as a jury member at the APAC Effie Awards 2018 and at other overseas awards in the marketing effectiveness and digital marketing categories. 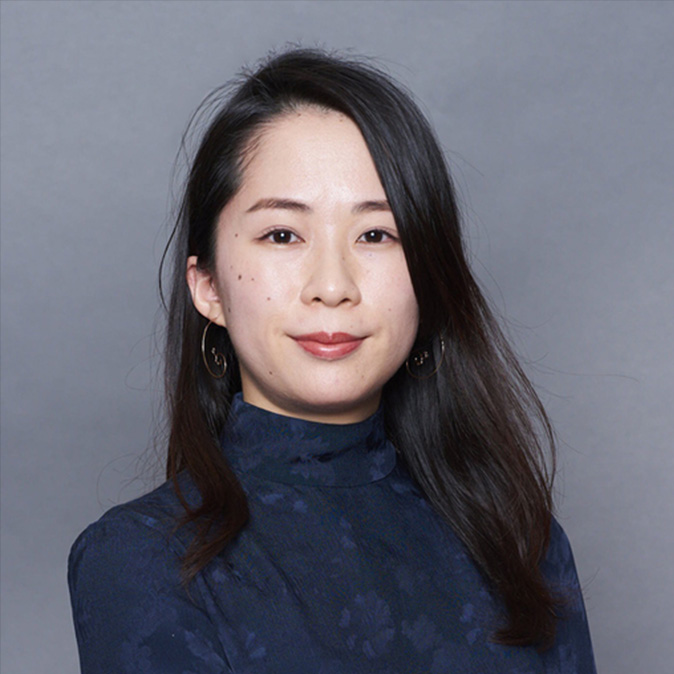