In an increasingly borderless world, Hakuhodo is strengthening its overseas operations and enhancing its ability to respond to clients around the globe. Currently Hakuhodo has more than 105 overseas offices in 19 countries and regions. Moreover, Hakuhodo was ranked the world’s third largest advertising agency according to Ad Age’s “Agency Report 2020.”
In this interview series, leaders from various domains share their insights on how Hakuhodo is rising to meet new challenges. Our sixth installment features Shuntaro Ito, who was appointed as President & CEO of the Hakuhodo International from April 2021. He is responsible for the entire overseas business.

Until March, Ito’s primary mission was to expand Hakuhodo’s business in Greater China, Europe and the United States, and to enhance the capabilities of those offices. Moving forward, he will be in charge of the entire overseas business, including the ASEAN region. However, while the scope of his role has expanded, Ito says his fundamental stance on the importance of strengthening each region within the Hakuhodo Group has not changed.

Ito has been working on the following measures in terms of mid-to-long-term goals:
1) Strengthen overseas networking capabilities
2) Improve ability to design and implement integrated communications
3) Strengthen digital/data marketing capabilities
4) Design strengths (such as in the activation and direct marketing domains)

“I will continue my efforts in the current fiscal year, but since it’s difficult to realize these goals just through the endeavors of our teams in each office alone, we are placing special emphasis on collaboration with our partners through M&As and alliances,” Ito explains.

There has been a marked rise in M&A activity and formation of alliances recently in Greater China, Europe and the United States, and Ito discussed the background and strategies for each region in detail.

A multifaceted approach to M&A

In April 2020, an M&A deal resulted in the acquisition of Growww Media (hereinafter Growww Group), a major independent advertising agency group in Taiwan. “Our first objective was to establish ourselves as number one in the Taiwanese market, which has been a major contributor to the Hakuhodo Group to date,” says Ito, adding that Growww Group has brought their talented personnel and a strong local client base to the Hakuhodo Group.

He went on to explain the second objective, namely strengthening the foundation in order to realize Hakuhodo International’s goal of building a strong presence in Asia. “The Growww Group includes a host of business brands that can provide top-class services in various sectors, including digital marketing, PR and activation. This will be a huge asset in terms of providing a wide range of services to our clients in Asia,” he points out.

“This multifaceted approach to M&A has led to positive results in our collaboration with the Growww Group. Moreover, as was mentioned in the interview with Yasutoshi Hiratsuka in this series, one of the characteristics of our global strategy is to meet with the key people on the other side before negotiating an acquisition. We check whether they are compatible with Hakuhodo’s chemistry and if synergies can be created,” says Ito. 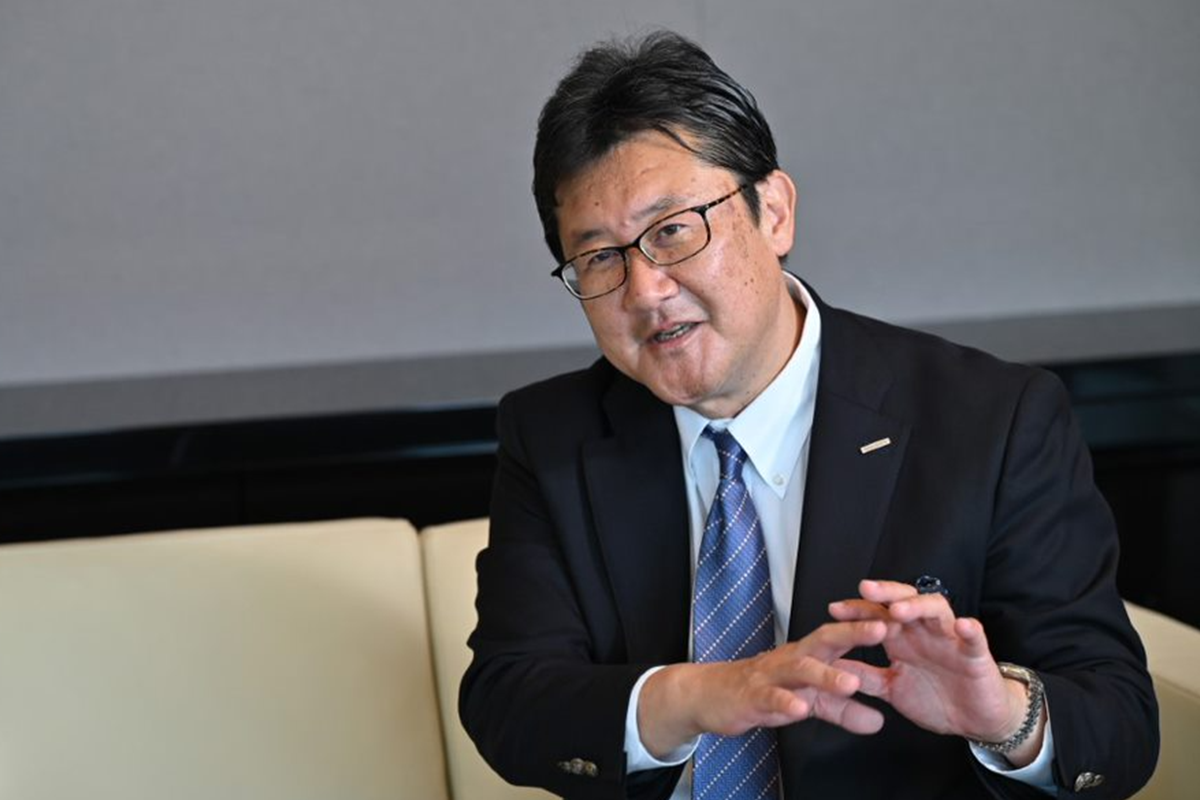 Hakuhodo has also formed alliances with the Serviceplan Group (hereinafter Serviceplan) and the Unlimited Group in Europe, and established joint ventures with GIMC (Guangdong Advertising Group Co., Ltd.) in China.

In terms of Europe, Ito pointed out that while the Hakuhodo Group currently has offices in the U.K., Germany and Russia, there are cases where clients seek solutions which will apply to the entire European market.

“So, we came up with the idea of forming partnerships with Serviceplan, an independent German advertising company group, and the Unlimited Group in the UK. Both have very robust networks in Europe, and we can draw on each other’s strengths through these alliances, and tap into their networks in regions where we don’t have a base,” Ito says.

These mutually-beneficial relationships have also allowed the two partners to make use of Hakuhodo’s networks in Asia and China. Ito notes that they are already seeing the fruits of these efforts and are actively collaborating to create various synergies.

A flourishing relationship in China

With regard to the Chinese market, Ito said that Hakuhodo has taken things to the next level in its alliance with GIMC, a major independent advertising group, through the establishment of several joint ventures. GIMC’s headquarters is located in Guangzhou, Guangdong Province, and they have approximately 4,000 employees and more than 100 subsidiaries. Moreover, they have close ties with the Chinese government and count powerful state-run companies among their clients.

The relationship between Hakuhodo and GIMC has flourished for some 20 years, and in 2004 and 2006 two joint ventures were launched in Guangzhou to handle Japanese automakers. “Chinese companies, especially automakers, have been endeavoring to globalize their operations in recent years,” Ito says. “GIMC has also been strengthening its overseas strategy, and has been able to win new business by tapping into Hakuhodo’s ASEAN and Russian networks.”

As ties between Hakuhodo and GIMC have continued to deepen, the two companies concluded a “Strategic Partnership Agreement” in May 2019, followed by the establishment of a fourth joint venture company in Wuhan, China, in April 2021. “Our relationship with GIMC started from a brand agency joint venture, but along with traditional domains, we’re now strengthening our relationship in the digital domain and cross-border collaboration, too,” Ito says.

He then turned to the topic of distinguishing characteristics of Hakuhodo’s approach to M&As and alliances. He likened M&As to “finding a suitable partner to join our family,” gaining new capabilities and creating a win-win relationship through relevant PMI (Post-Merger Integration) activities and steadily raising Hakuhodo Group’s global presence.

On the other hand, Ito described an alliance as “a mutually complementary collaborative relationship” which is more flexible in nature. “There are a variety of possibilities, such as developing projects across regions and countries or establishing joint ventures,” he notes. “The major advantage of an alliance is that it enables us to utilize human resources more effectively while maintaining mutual independence. In Germany, for example, Serviceplan and Hakuhodo offices are ‘cohabiting,’ so to speak, in the same building in Frankfurt, so staff can easily go back and forth, sharing their know-how and collaborating with each other.”

In the U.S. and Europe, it’s common to use the “fee-based business model,” whereby overall compensation for a project is determined by estimating the labor costs for each person involved. According to Ito, this has contributed to the flexible way in which Hakuhodo and Serviceplan can draw on the talents of each other’s staff to strengthen their business.

“In fact, we’re already seeing the results of ‘cohabitation’ in our business in Germany. This aspect is highly valued by our clients, who tell us they are very willing to pay a fee when we have such a great team in place,” Ito says. When things have settled down with Covid-19, he hopes to further develop this exchange of talent and to create new synergies in Hakuhodo and Serviceplan’s respective areas of expertise. 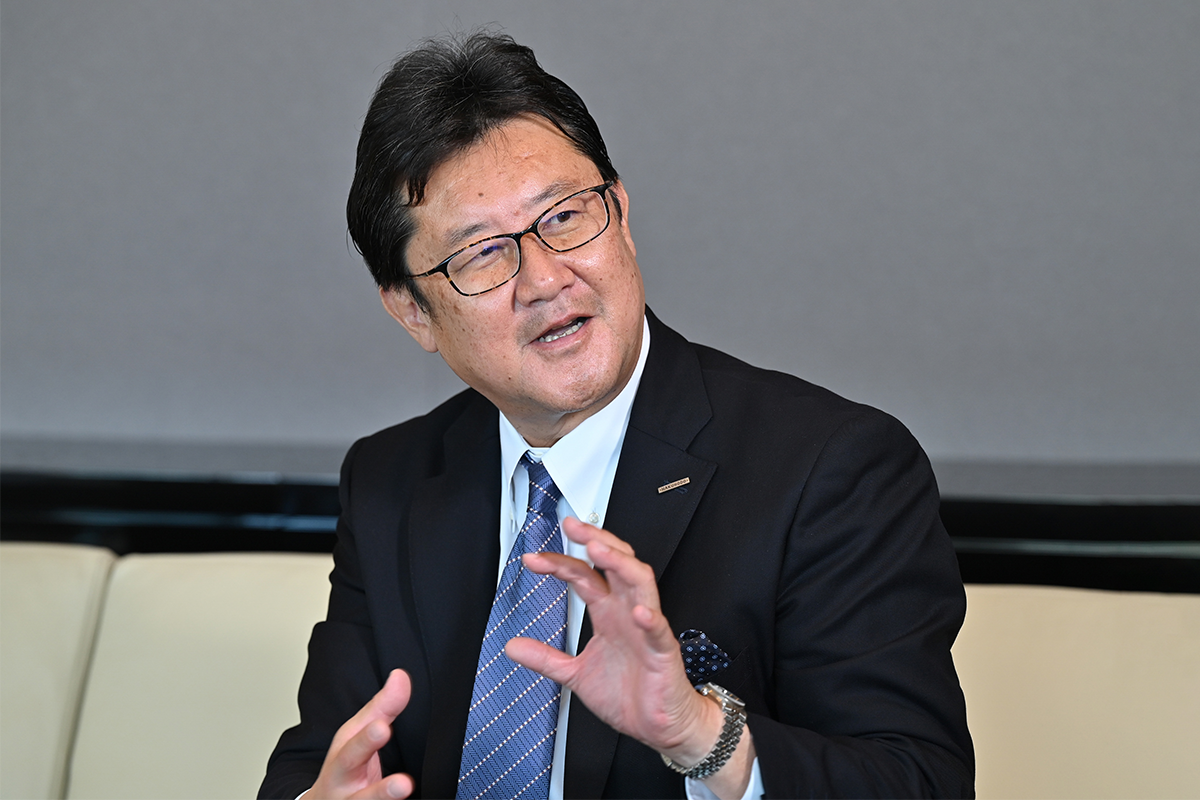 One country, one management

A different approach is required when systems for human resource management and compensation vary from country to country, such as with Hakuhodo’s ASEAN bases. Hakuhodo International is addressing this with the “one country, one management” approach which is currently being rolled out. According to Ito, creation of a central organization in each country to manage and streamline these multiple systems will make it possible to handle things in a flexible manner.

Ito also addressed the differences and challenges involved with networking strategies in the international markets, too. He says that “business moves easily across borders” in Europe and the United States, so networking skills are essential. “They also tend to take a very logical approach to business. The question is always, ‘What benefits can Hakuhodo offer us?’ In other words, we have to provide clear reasons why Hakuhodo should be the client’s choice in the US and European markets.”

This involves bringing a range of capabilities to the table for the client, such as digital, branding, consulting, activation, PR and luxury marketing. In comparison to Hakuhodo’s offices in Asia and China, Ito noted that Hakuhodo USA is a step ahead in terms of strengthening coordination within the group in this respect.

Things in Asia are completely different, even between ASEAN and China. Ito points out that each ASEAN country has its own religion and culture, and so it’s necessary to raise competitiveness in each country through the one country, one management system. As Hakuhodo has been expanding there since the 1970s, it has a large number of offices and clients in the ASEAN region and is continuing to strengthen its network and service areas through M&A and other means.

With a population of 1.3 billion, China is a huge and unique market where the structure changes rapidly, so it is vital for Hakuhodo to expand its capabilities to meet the needs of clients. “Moreover, market trends differ by region—Beijing, Shanghai, Wuhan, Changsha, Guangzhou. Essentially, we are focusing on enhancing our organizational structure for each of our clients,” Ito explains.

In the case of Wuhan, for example, Hakuhodo has expanded its activities from traditional brand business by pivoting from a stand-alone structure to a joint venture with GIMC. “By forming alliances and increasing the number of joint ventures in this way, we are attracting top-class local personnel and creating systems that make it easier for us to tackle areas that would have been difficult for us to manage on our own,” Ito says.

“As all the other interviewees in this series have mentioned, Hakuhodo’s Sei-katsu-sha Insight philosophy has been taken on board by most of our partners, and this shared value is a major reason why it has been so easy to do business through our alliances with Serviceplan and GIMC,” Ito says.

“Also, in line with Hakuhodo’s Sei-katsu-sha Insight, another characteristic is our people-centered thinking, whereby we enter into dialogue and negotiations on a one-on-one basis,’ says Ito, who has been inspired by the motto “making friends is our business” throughout his career.

He notes that a feeling of mutual respect has naturally developed among many of those in the Hakuhodo Group, and these attributes of friendship and respect are a key part of nurturing M&A and alliances. “I believe that Hakuhodo’s people-centered thinking and interactions will be a real strength for our future global business.”

Ito shared his thoughts on what lies ahead. “The basic premise of Hakuhodo International’s vision is to become a world-class agency network. And to achieve this we need to carefully identify the needs for each country and region, and what the essential aspects are for their business,” he says. “Along with organic growth, I believe that investment in the future through M&A and the formation of alliances will continue to be a major catalyst for expansion, as I have discussed.”

“I want to use the accumulated efforts of Hakuhodo International until this point as a launching pad for the next stage. Using ‘human connections’ and ‘enhanced capabilities’ as our strengths, we’ll unite to build a sustainable business foundation that can respond to future changes,” Ito says in closing. 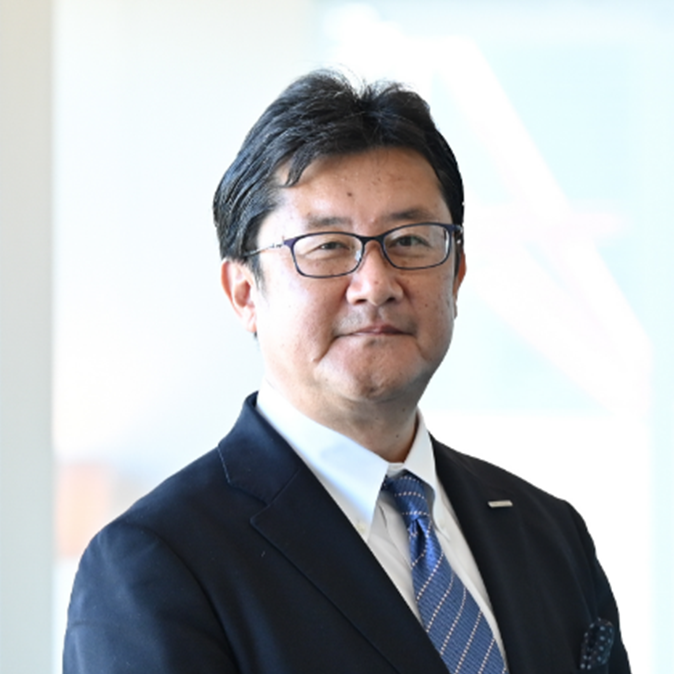