Since establishing its first overseas branch in Malaysia in 1973, Hakuhodo’s international network has grown to encompass over 105 offices in 19 countries abroad. In this interview series, leaders from various domains share their insights on how Hakuhodo is rising to meet new challenges, along with the strategies that will take Hakuhodo to the next level on the international stage. For our third installment we spoke with Teruhisa Ito, CEO of Hakuhodo International Thailand. Established in January 2020 in Bangkok, this is Hakuhodo International’s first overseas headquarters under the “one country, one management” system. 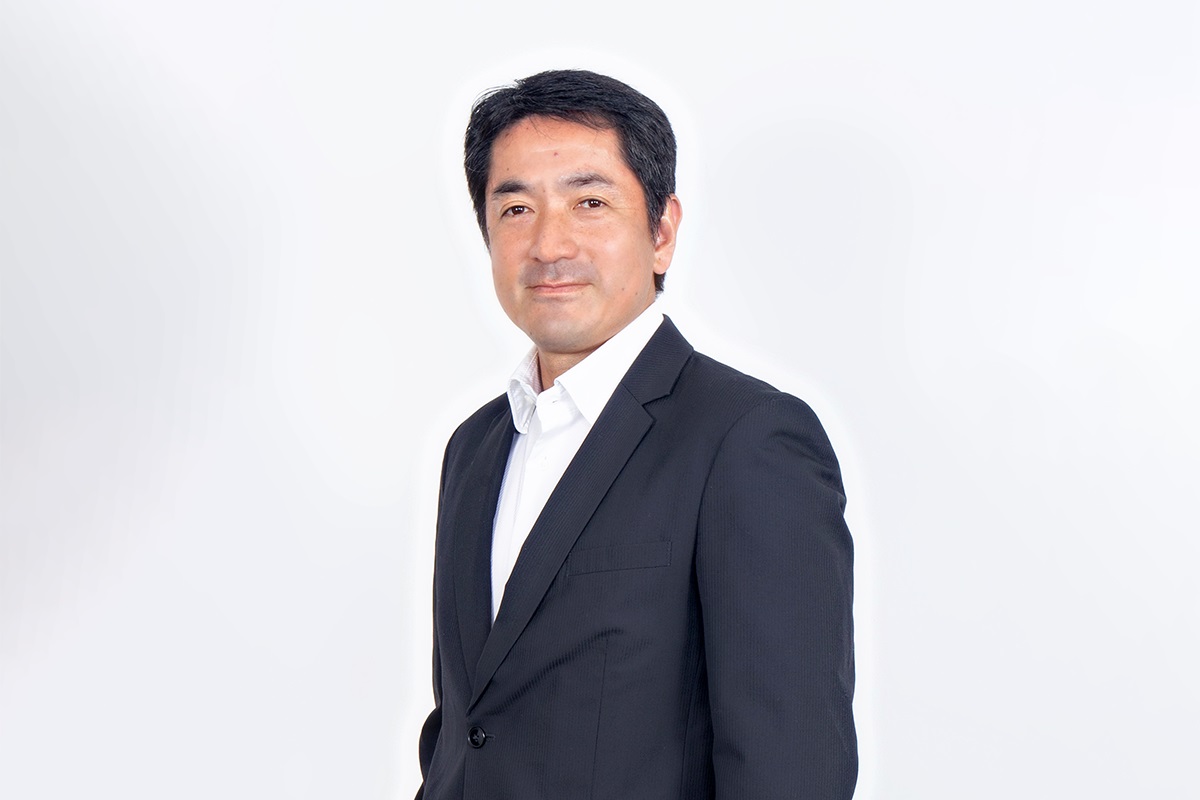 “One country, one management” in Thailand

“Thailand has a large number of offices and a history of being an extremely important hub for Hakuhodo’s business in Southeast Asia. We currently have 12 group companies in Thailand, which includes our six brand agencies, plus other digital, activation and media agencies, along with the Hakuhodo Institute of Life and Living ASEAN, a think tank specializing in research on sei-katsu-sha (living people). We have a combined total workforce of more than 800 people at HIT,” Ito explains.

The objective behind one country, one management is to integrate the resources and expertise of these 12 group companies in a coordinated fashion. HIT enables the group companies to operate organically, developing and exerting their power to a far greater degree than was ever possible under conventional administration. Going forward, HIT’s best practices will then serve as a business model for other countries.

It’s all about teamwork

HIT has two main missions. The first of these is to consolidate and streamline back-office functions at the 12 group companies, such as human resource development, general affairs and accounting. Previously, each of the companies had been operating under different rules and regulations, but these have now been standardized throughout the entire group. Serving as a central hub for recruiting, HIT is the first point of contact for anyone seeking to join the Hakuhodo group, and is also working on unifying salaries and promotions across the group. Moreover, HIT is conducting all staff training, leading to the creation of a corporate culture whereby employees can work across various sectors with ease.

The staff from the accounting and human resources departments

The other key goal for HIT is providing strategic support for the activities of the six brand agencies in Thailand. HIT can coordinate all the invitations for new pitches and business for prospective clients. In order to meet the diverse needs of clients, the brand agencies also require advanced data management skills and creative skills that can make an impact on society. “HIT has experts from various functional areas, such as strategic planners and creators. They work together with the brand agencies on advanced solutions that would be difficult to develop at each agency alone, contributing to account acquisition,” Ito says.

He cites three examples of specific teams that have been launched at HIT in 2020: The “New Business Team” supports the development of both local and global accounts, the “Indochina Team” assists local Thai clients to expand their business areas to neighboring countries such as Cambodia and Myanmar, and the “Digital Task Force Team” is working on strengthening the digital capabilities of each brand agency.

With HIT approaching its first anniversary, Ito looks back at some of the major accomplishments over the past year. Of particular note is a dramatic rise in the level of integration among the more than 800 staff in Thailand, which in turn has led to a growing sense of unity.

“Until now, the local staff didn’t really feel like part of the Hakuhodo Group, but with the implementation of the one country, one management system here in Thailand, it has become easier for the companies to work together, and synergies are being created,” Ito says. He has also initiated monthly “Thailand Country Meetings,” in which management personnel from all HIT’s group companies get together to discuss and share business topics.

Thailand Country Meeting (Teruhisa Ito is second from the right)

According to Ito, there have also been pleasing results in terms of account acquisition, notably in the digital sector. This reflects a shift in communication trends in Thailand, from campaigns using traditional media to campaigns on social media, and the aforementioned Digital Task Force Team has seen success with its data marketing-related business.

“In particular, in Thailand the buying and selling of goods and services via the Internet is advancing rapidly, and clients are increasingly requesting our support in the area of e-commerce. The team will focus more on developing solutions in this area in future,” Ito notes. “Moreover, the New Business Team has been working with the Thai government on measures aimed at reviving the tourism industry, which has been decimated by the Covid-19 pandemic, and we have been successfully winning new business with other Thai clients as well.”

With 18 years of business experience in Thailand under his belt, not to mention fluency in the Thai language, Ito is well-placed to comment on intercultural communication in business. First and foremost, he says, it is important to relinquish the “I’m Japanese” mindset and try to fit in with the local people. “Whether they are employees or partners, I always try to listen to what the local people have to say. Unlike Japan, Thailand has a rich and diverse culture, which often gives rise to fantastic ideas beyond the imagination,” he points out.

“The Thai people have the capacity to respect and accept ideas, even if those are different to their own beliefs, and they have the ability to apply that diversity to business solutions. Day by day, I am finding that the appeal of doing business in Thailand is that we can have lively discussions and come up with a variety of solutions,” he says.

Ito also acknowledges the support of the local Thai staff, who make it possible for a Japanese company like Hakuhodo to conduct business activities in Thailand. He firmly believes that the addition of growing numbers of talented Thai staff to the management team will play a key role in Hakuhodo Group’s global growth going forward.

“As Nobuaki Kondo, the President & CEO of Hakuhodo International, said in the first installment of the ‘Hakuhodo’s global business’ series, this awareness is important in enabling us to transition from being a Japanese agency to becoming a global one. The Hakuhodo Group has been doing business in Thailand since 1973, but now we have entered a new stage,” Ito explains. “HIT is committed to supporting our offices in Thailand and helping our clients by addressing their increasingly sophisticated challenges.” 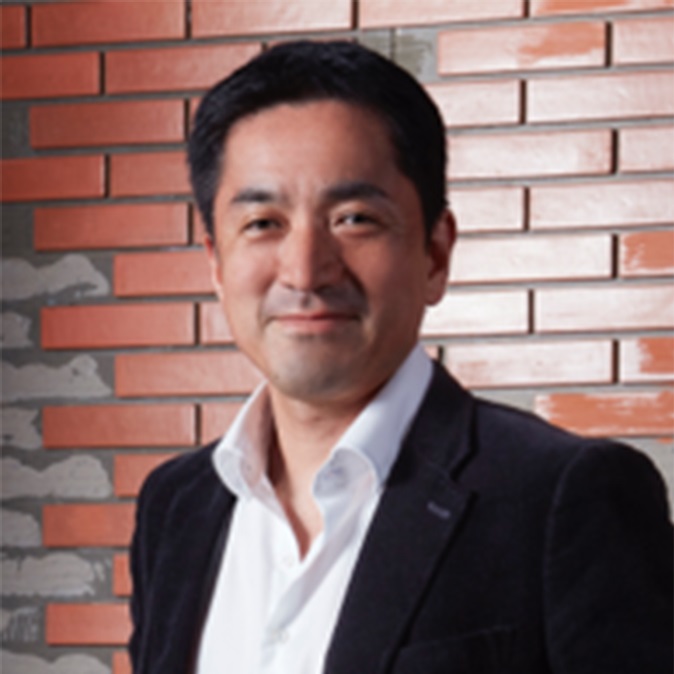 Teruhisa Ito
CEO of Hakuhodo International Thailand (HIT)
Ito joined Hakuhodo in 2000 as part of the account service team, and in 2002 he took on the role of Regional Account Planning Director at a former representative office in Thailand. He was subsequently appointed Client Service Director/Strategic Planning Director at Hakuhodo Thailand (later Spa-Hakuhodo) in 2004, and went on to become the General Manager (GM) of Spa-Hakuhodo in 2010. In 2016 he took on the position of Deputy Managing Director of Hakuhodo Asia Pacific, overseeing the Southeast Asia region, while serving as GM of SPA-Hakuhodo. In 2018, he was appointed CEO of Spicy H (later Spicy-Hakuhodo), while also being responsible for other countries within the ASEAN region. He took up his current position in January 2020.
SHARE
Back to News & Insights