On August 15, 2015 NMC welcomed thirty-three students, including high school graduates and businesspeople, to its new Certificate in Advertising course at a special ceremony attended by the deputy head of NMC, the head of the University of Yangon and Hakuhodo Corporate Officer Kotaro Tachiya. The students were selected following a public call for applicants after Myanmar’s Ministry of Education granted permission for the course, the first of its kind in the country, to run. 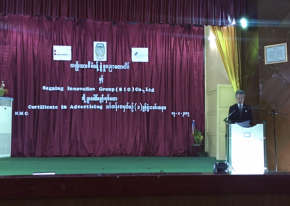 The Certificate in Advertising consists of an introductory course (6 months) and an advanced course (6 months), which will cover the basic principles of advertising, as well as hands-on learning in filming, editing and the like. Following completion of the one-year course, students will receive a diploma from NMC.

NMC, a vocational college within the University of Yangon that focuses on economics, journalism and IT, offers programs put together in collaboration with local private enterprises in addition to its regular courses. These, and the college’s other initiatives at the cutting-edge of tertiary education in Myanmar, make it a highly popular choice with students.

Hakuhodo was involved in laying the groundwork for the one-year Certificate course by assisting with drawing up the course syllabus and conducting presentations and workshops on advertising and marketing for the faculty who will teach it. With the course up and running, Hakuhodo will continue its involvement with on-going advice regarding course content and by regularly sending staff from Japan to conduct special seminars. Hakuhodo staff also presented a special seminar after the August 15 opening ceremony. 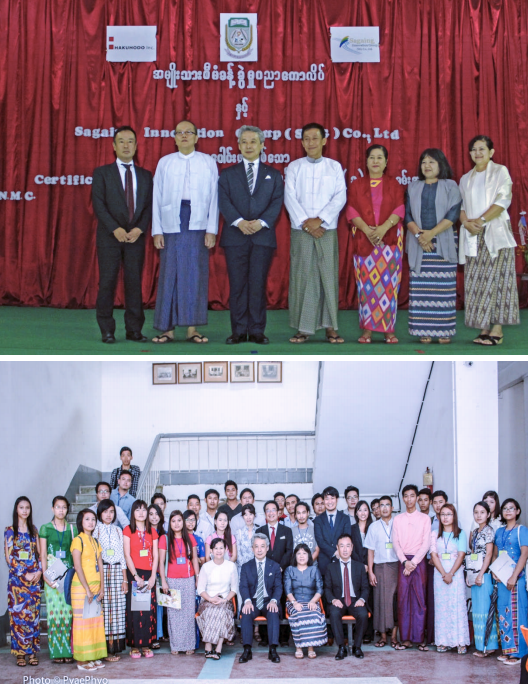 Hakuhodo hopes to build a platform for collaboration with NMC for creating the foundation for advertising and marketing education in Myanmar, while further strengthening its own network and presence in the ASEAN region.