A fundraising event for the Sound-Free Concert was held on Saturday, April 14 at 8/COURT on the eighth floor of the Shibuya Hikarie shopping complex in Tokyo. 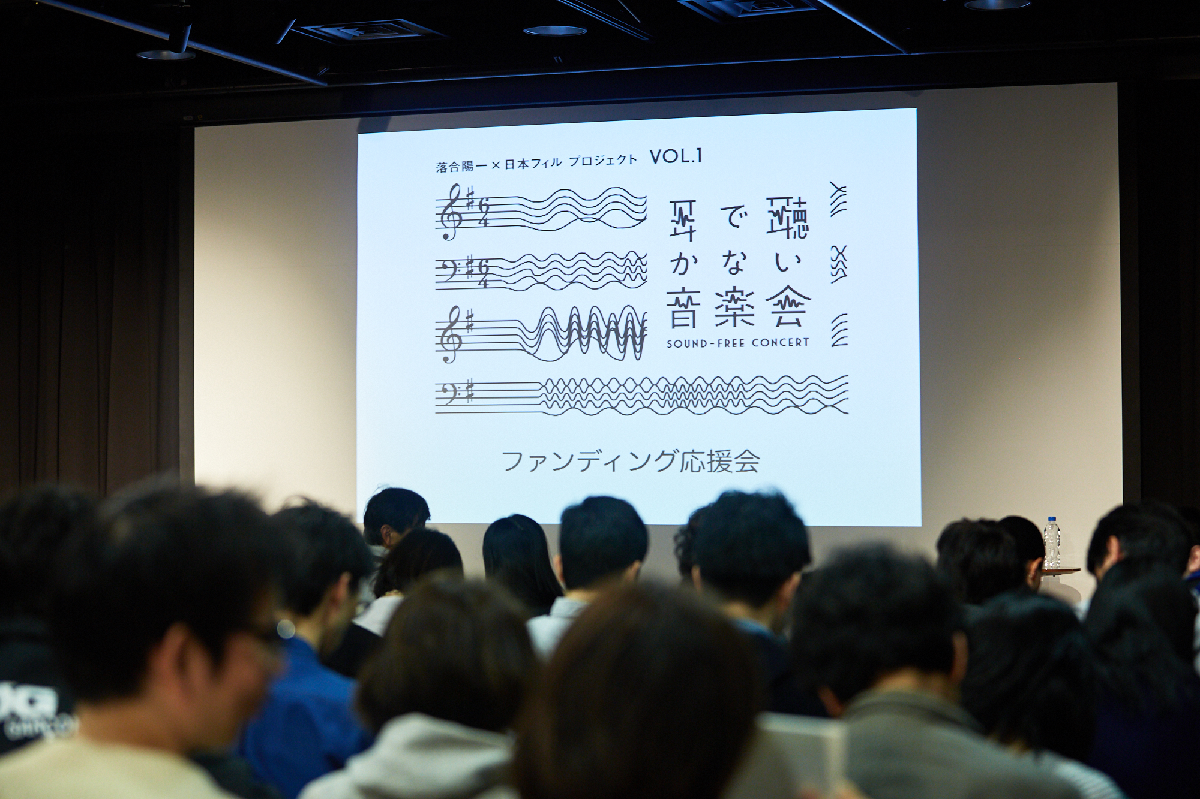 The Sound-Free Concert is an experimental orchestral concert that can be enjoyed by everyone whether they can hear or not: it will feature specially developed high-tech equipment that uses vibration and color to make the music “audible” to the body. It is a joint project of media artist Yoichi Ochiai of Pixie Dust Technologies, Assistant Professor at the University of Tsukuba, and the Japan Philharmonic Orchestra. Hakuhodo has provided support with developing the hearing-aid system used. Currently a crowdfunding effort is under way as the concert date of April 22 nears.

An event was held on April 14 to support the funding campaign at the initiative of D&Department and its head, designer Kenmei Nagaoka, who was so impressed by the Sound-Free Concert project that he was determined to give it his backing.

The event featured, among others, Kenmei Nagaoka, Yoichi Ochiai, and the Japan Philharmonic Orchestra’s Junko Yamagishi talking about the background to the Sound-Free Concert project and the technology to be used during the performance. 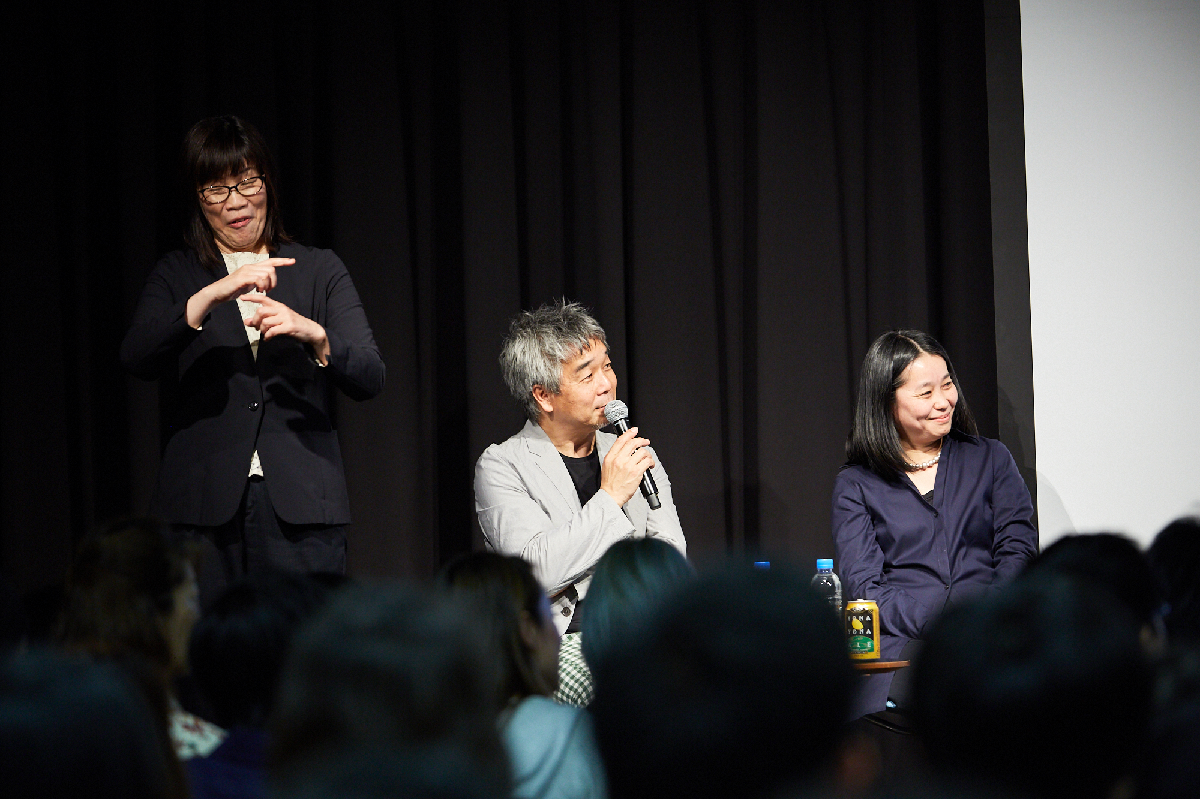 The discussion began with the question of how the project got started. Masatoshi Usami of TBWA\HAKUHODO took the stage to describe what lay behind the development of the Orchestra Jacket—the inspiration for the project—and the Sound Hug. He also explained how they worked. 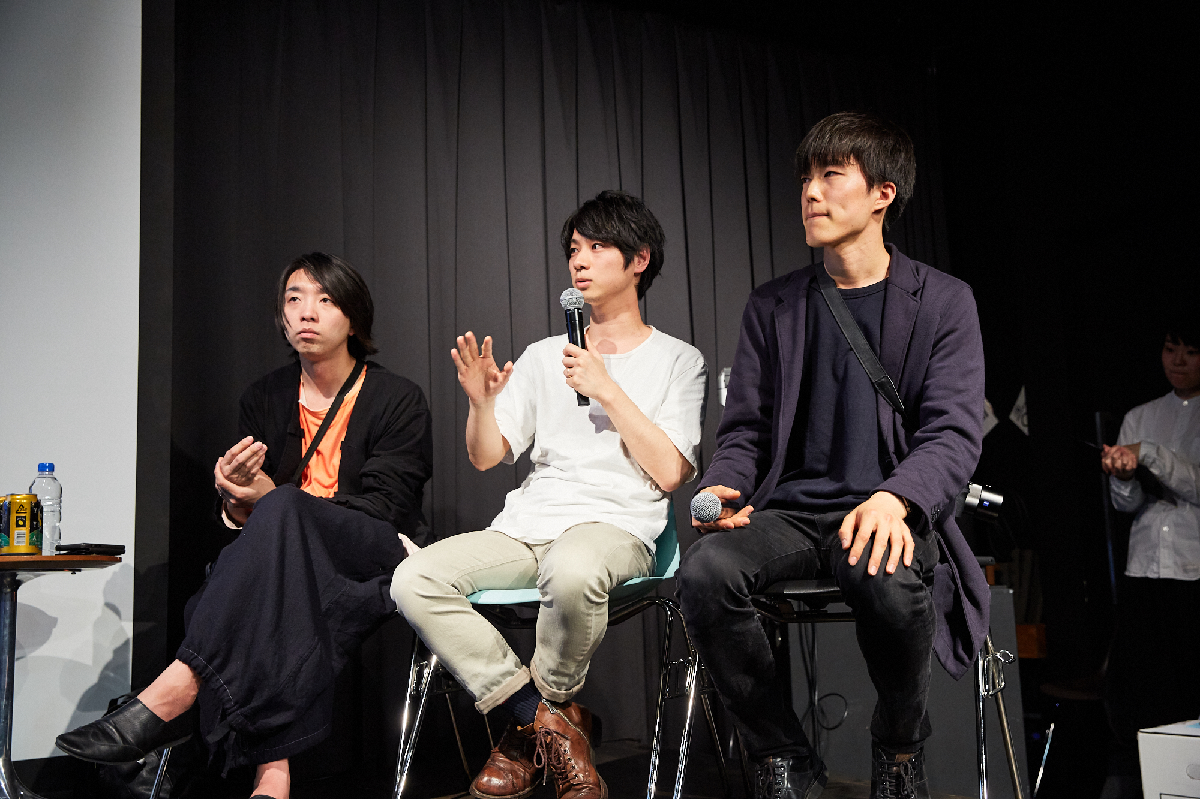 Junko Yamagishi of the Japan Philharmonic Orchestra spoke as follows on the insights she gained during the Sound Hug’s development.

“Normally you only think of the sound of the orchestra. I was of course aware that you feel the sound with your body, but I’d never considered the matter in terms of sight and touch. The development process has made me more conscious of my own five senses as I listen. With an orchestra, part of the enjoyment is of course visual—watching the performers on stage, watching the conductor—but you’re not very conscious as you listen of how you’re exercising your senses. That’s one thing I feel it’s retaught me.” 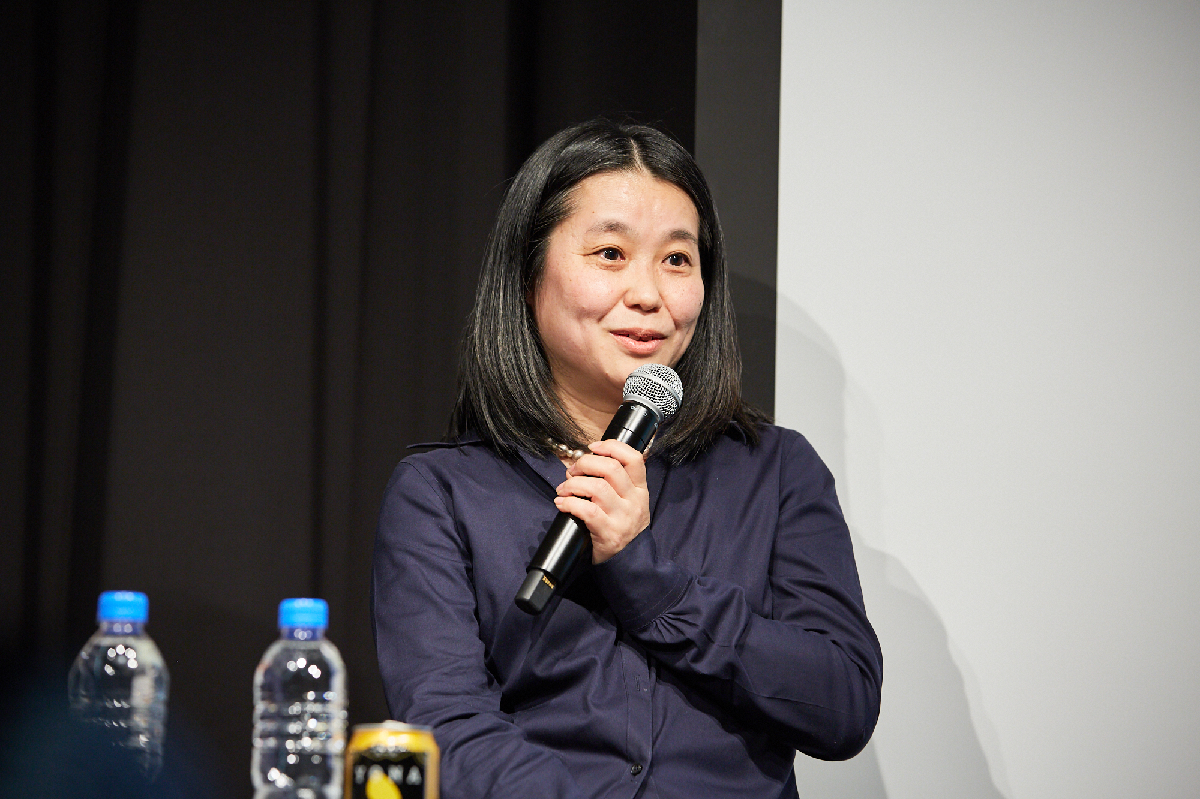 Part way through the event Tatsuya Honda, a UI designer at Fujitsu, took the stage to show off the Ontenna, a device fastened to the hair like a hairclip that conveys the properties of sound through vibration and light. The entire audience actually got to try the Ontenna for themselves during a live percussion performance by Yoshihiro Fukushima, a percussionist with the Japan Philharmonic Orchestra. The Ontenna conveys the sound of the instrument by vibrating; it even faithfully reproduces how loud it is. It was a new experience for everyone, enabling them to perceive the sound not with their ears but with their bodies. 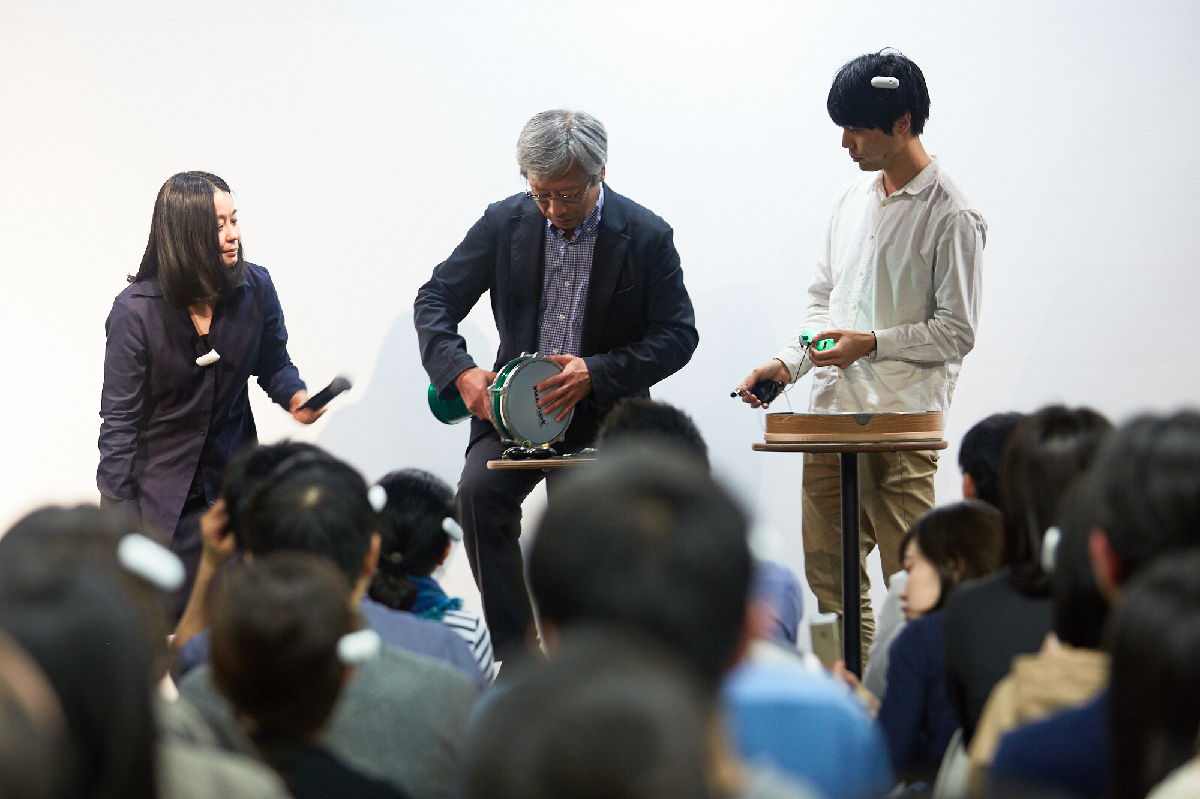 Yoshihiro Fukushima, percussionist with the Japan Philharmonic Orchestra, in performance 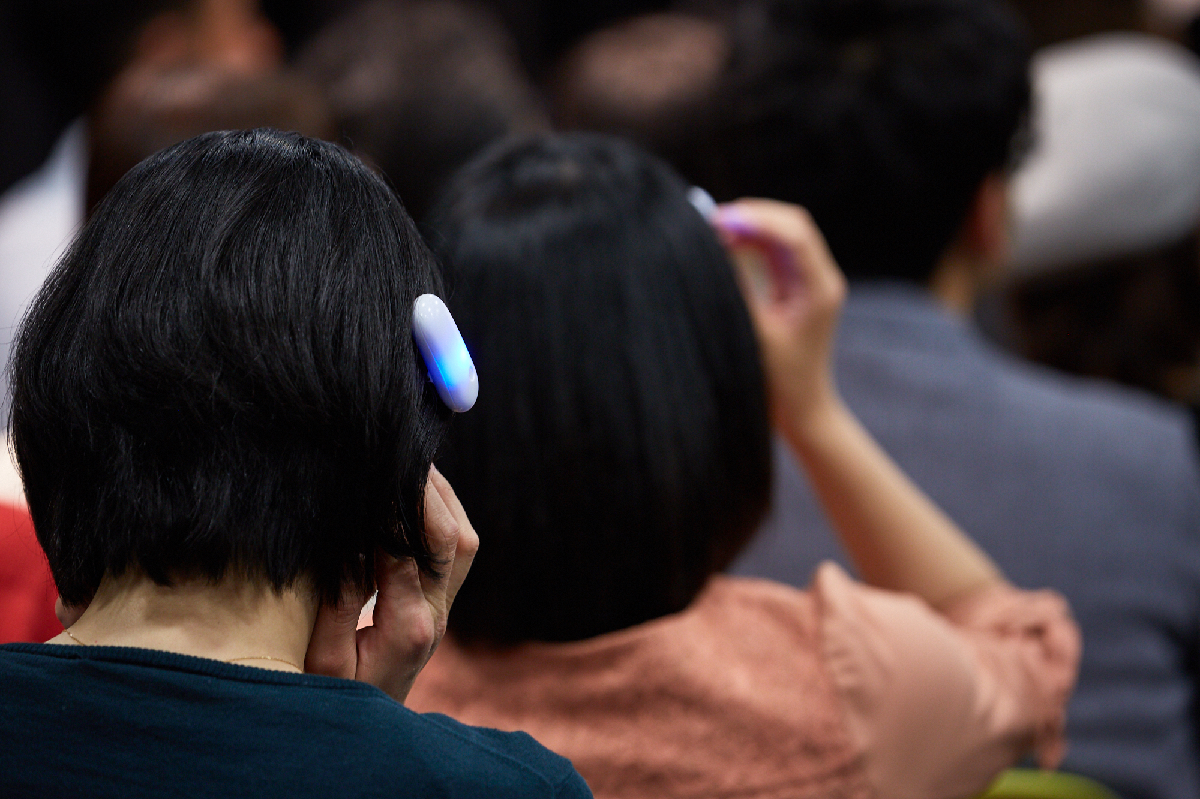 The audience trying out the Ontenna

An account was also given of a concert held at a special needs school on Friday, April 13. Kenmei Nagaoka, who participated in the concert, said that he had been “deeply affected by the looks on the faces of the students who took part.” 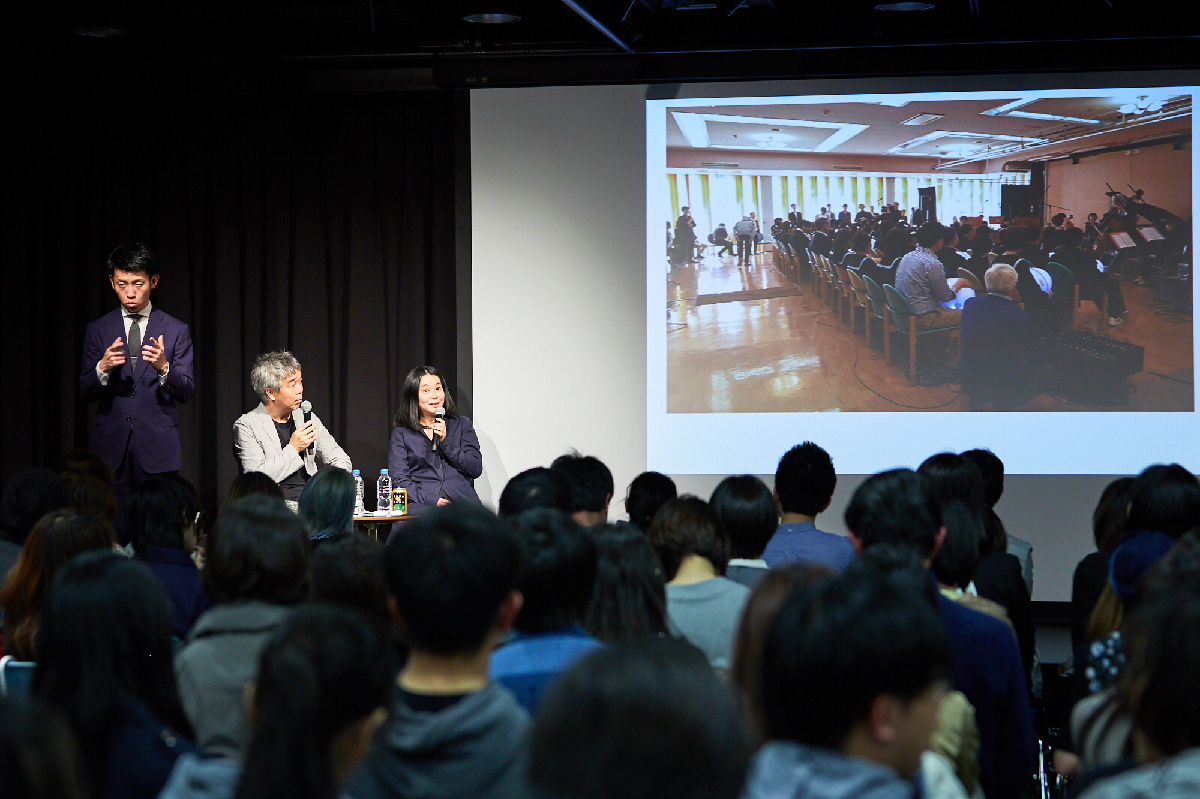 Finally, the project members touched on the question of what they had in mind in working on the Sound-Free Concert.

Yoichi Ochiai said of the project, “The interesting thing in this case, I think, is the overwhelming commitment of the members and other people involved. In this day and age it’s so easy to convert visual to audio data and vice versa on computer. You can do it any way you want. I think it’s just great the way people who are eager to try everything and anything have come together determined to put on a superb concert. Usually when you do something like this, it’s almost always to showcase technology that you’ve already created. But that’s the furthest thing from our minds in this project. Anything will do as long as it’s the best solution. Enabling the optimal musical experience is the ideal, and we’ll switch technologies to do that. If it’s no good, we won’t use it. That sentiment is shared by all, which is just a miracle.” 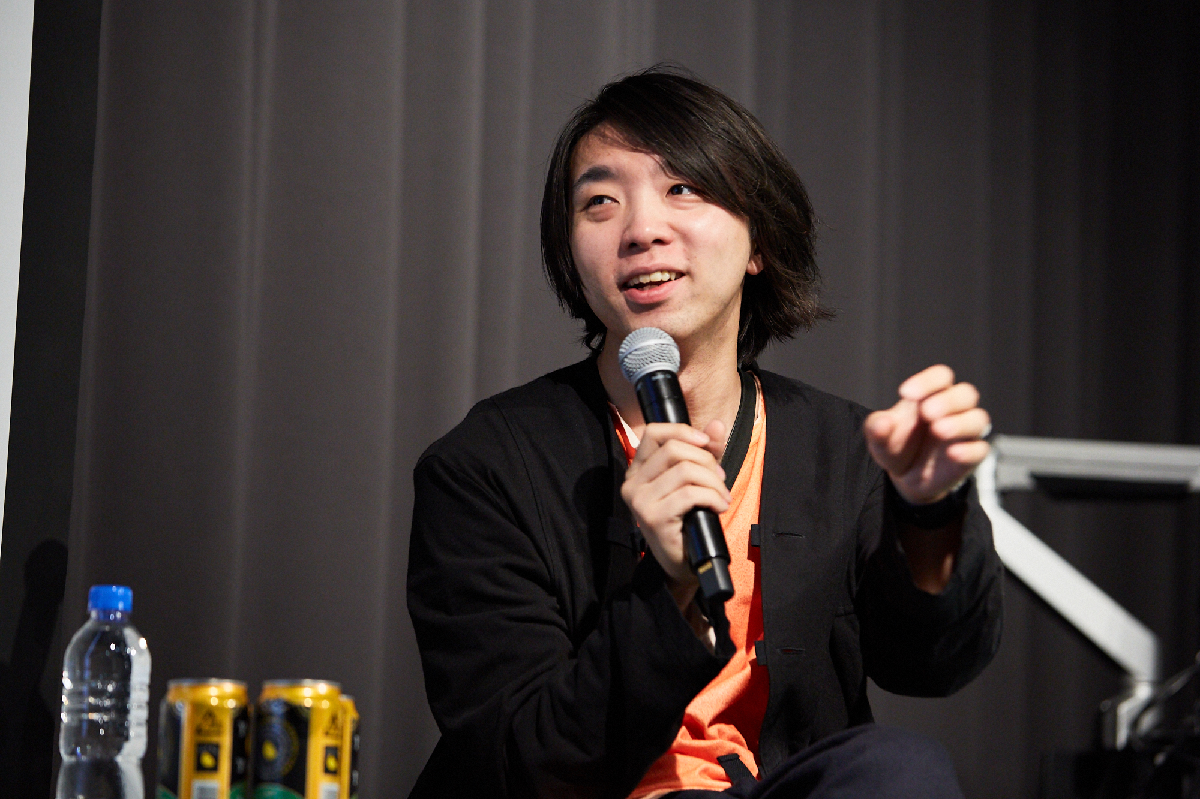 The event gave a sense of the immense enthusiasm that Yoichi Ochiai, the Japan Philharmonic Orchestra, and the other people involved in the Sound-Free Concert have put into the project.

Masatoshi Usami of TBWA\HAKUHODO, one of the speakers at the event, remarks, “The event was a reminder that the project isn’t solely the work of the team members; it’s a joint creation with everyone who supports it. In the runup to the big day on April 22, we’ll go all out to ensure we’re able to deliver new value to society by synergizing creativity, technology, and culture.”