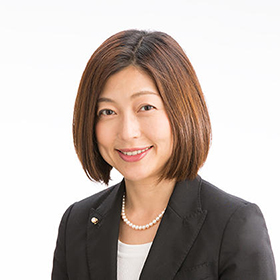 Hakuhodo has a unit dedicated to studying families with kids called the Hakuhodo’s Kosodate Family Lab. Families are an important consumer target group, yet they tend to be stereotyped, and it can be surprisingly difficult to identify trends and changes in the family market. That’s why I find the Seikatsu Teiten survey so handy: it reveals significant developments.

My birthday is in mid-August, at the start of the Buddhist Lantern Festival (one of the most important celebrations in the Japanese calendar), so I never had a birthday party, even when I was little. My son’s birthday is at the beginning of May, a few weeks after the start of the new school term in April, when he hasn’t yet made enough friends to invite over for a party; plus its right in the middle of a series of public holidays. We just hold a family celebration, therefore. At least my boy thinks it’s a party, since there’s a round cake on the table and relatives who live nearby come over. We could celebrate his birthday in style, inviting over friends to play games and exchange gifts, but being a working mom I can’t be bothered to go to the effort.

By age group, the percentage of people celebrating the birthday of a family member has remained consistently high among those in their thirties and forties, exceeding 80% since 2008. That’s presumably because the figure includes moms and dads celebrating their kids’ birthdays. 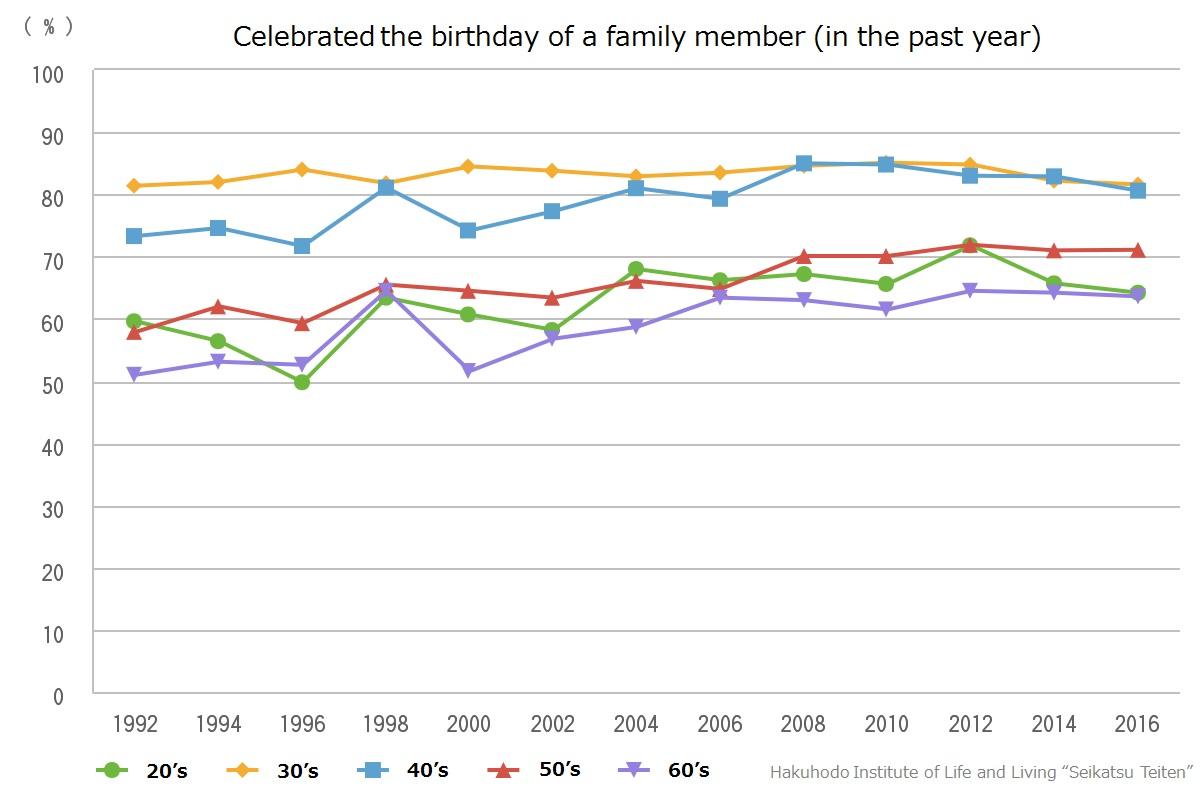 The percentage of people who often give family gifts for their birthdays, etc. has risen slightly since around the year 2000, standing at 53.1%. As with the previous set of data, people in their thirties, among whom families with kids are common, ranked first, followed by those in their forties. 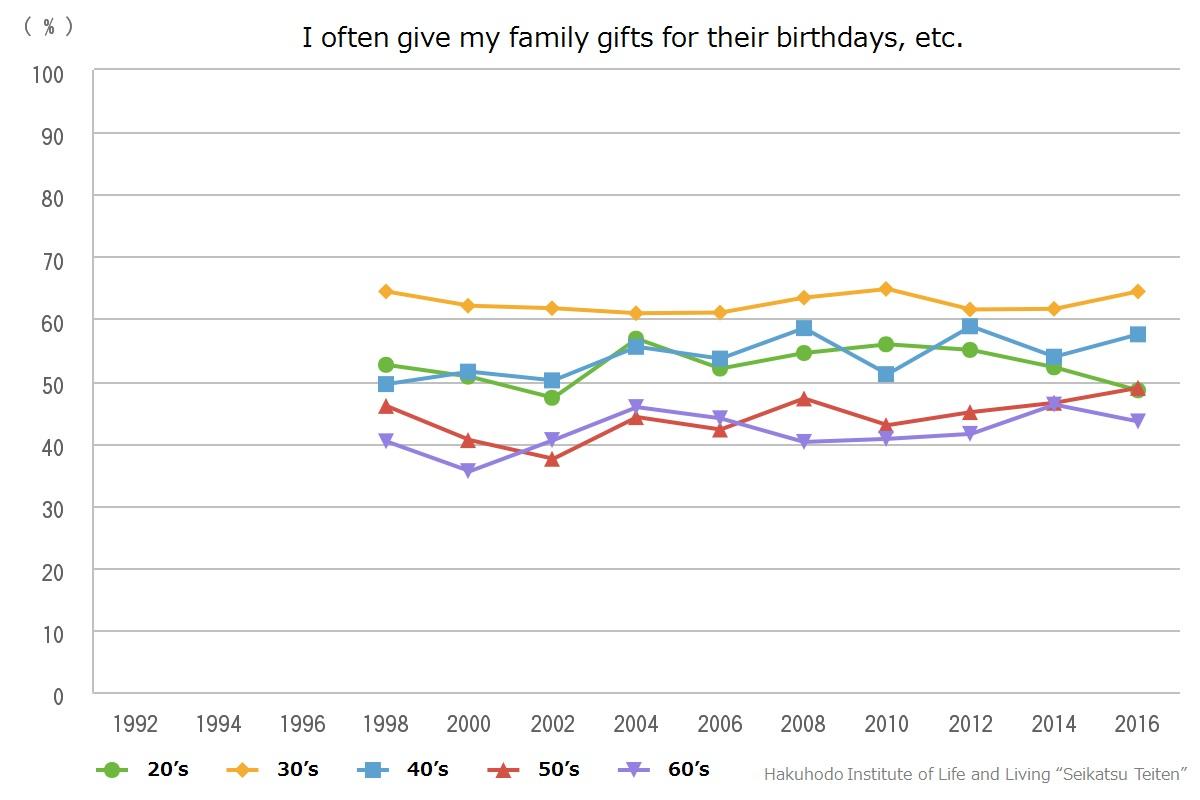 Though these data do not reveal who is fêting whom, many of these people must be celebrating their children’s birthdays.

The Hakuhodo’s Kosodate Family Lab conducted its own in-depth survey on children’s birthdays.
※http://www.hakuhodo.co.jp/archives/newsrelease/34526 (in Japanese)
A total of 409 moms who buy birthday presents for their children were asked things they’ve done on their kids’ birthdays. In response, 94.4% said that they’d held a family birthday party, and 54.8% said that they’d put up birthday decorations. So families with kids do indeed celebrate birthdays.

Examining these results closely makes you wonder who exactly birthdays are for. A birthday party with lots of friends is great fun for the child, but what with all the preparations and money spent on gifts, for parents it’s really stressful. Conversely, taking commemorative photos is something parents want to do to preserve the present; for kids it’s a hassle having to change into one set of clothes after another. Visiting a theme park is something both adults and children enjoy. Presumably adults want the birthday boy or girl to have fun, but they also want to enjoy themselves just as much.

New ways of celebrating birthdays and their significance

I understand that recently it’s become common practice for Japanese moms to celebrate their baby’s “half-birthday” at six months; they don’t even wait for them to turn one. The baby is still only six months old, so while ostensibly the one being honored, in a way he or she really isn’t. Such a celebration is a nice way for moms and dads who have been busy day in and day out looking after baby to take pride in their achievement and congratulate each other on a job well done. It’s a great idea!

On my side of the family, by the way, there are five people with birthdays in May, so we hold a collective birthday celebration for them spanning four generations. The oldest is in their nineties, the youngest is in the middle grade of kindergarten. My son is one of them, and he says that while it’s nice to have your own birthday, celebrating birthdays together is even more fun.

This family tradition originally began simply because it was too much bother to hold multiple celebrations in a single month, so we decided to combine them into one; but now, I feel, the day has become an occasion for the whole family. It’s not only an opportunity to congratulate individual family members on their growth and good health, it’s also a tangible way to commemorate intergenerational family bonds. Thus slightly altering the way birthdays are celebrated can greatly alter their significance.

Celebrating the birthday of a family member is now the biggest event of the year in Japan. Take a look around you, and you may discover new ways in which people are celebrating birthdays.