Creatives of the Hakuhodo Network 1: ADFEST 2021 Network of the Year

Hakuhodo recently had the honor of being named Network of the Year for the first time at ADFEST 2021 in April. This special award is given to the creative network that garners the most points from finalist and winning entries. To commemorate this milestone, we are kicking off a brand-new series called “Creatives of the Hakuhodo Network,” introducing talented individuals who have contributed to Hakuhodo’s success with their outstanding achievements at overseas advertising festivals. In this first installment we talk with Kentaro Kimura, Chief Creative Officer of Hakuhodo International, about the significance of winning the prestigious ADFEST 2021 Network of the Year award. 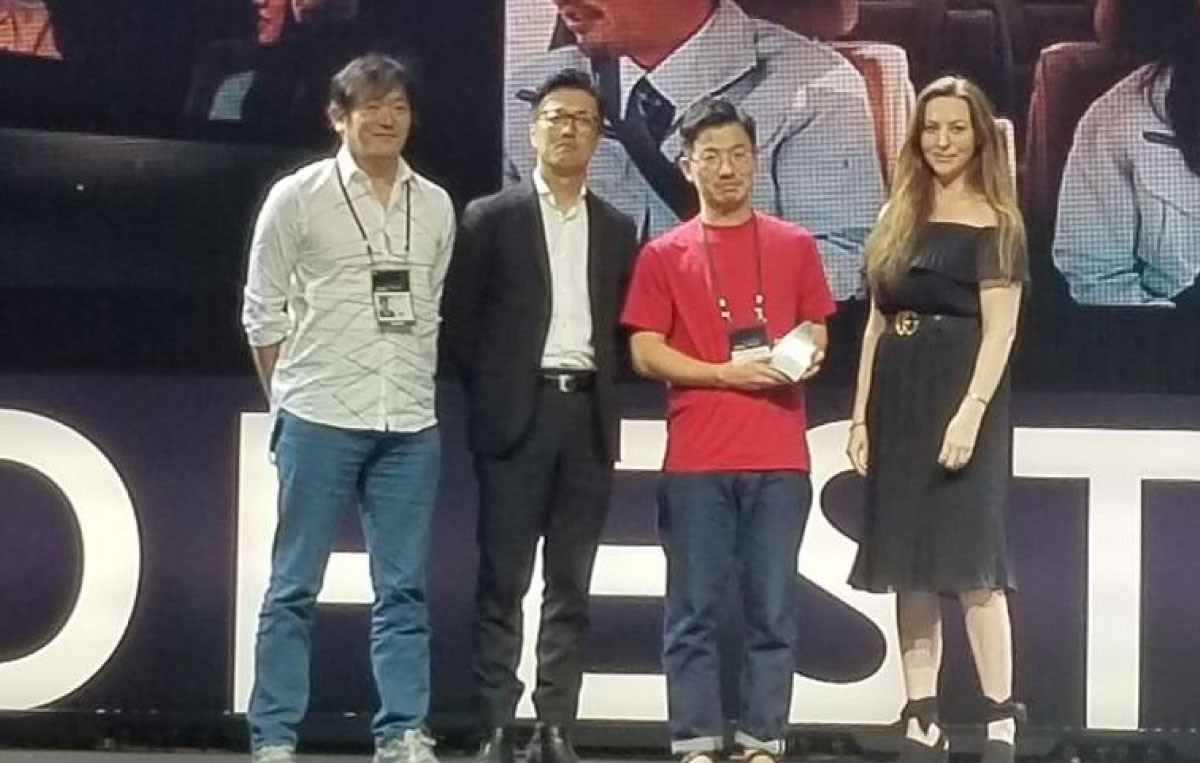 At the ADFEST 2019 awards ceremony

One of Asia-Pacific’s premier advertising festivals, ADFEST 2021 drew 1,130 entries from around the region. Due to the ongoing Covid-19 pandemic, the awards ceremony was held online this year. Kimura was delighted to hear the announcement of Hakuhodo’s win at the end of the ceremony, as it reflects the culmination of years of hard work. “Normally the entire network would go up on stage to receive the trophy, so I imagined how happy I’d have been to share this joy with everyone and hug them on the stage,” he says.

A decade in the making

“Hakuhodo has been presenting seminars at ADFEST every year since March 2011, so that’s when our involvement really began. The first seminar was titled ‘People Experts,’ and we talked about Hakuhodo’s Sei-katsu-sha Insight and our unique creativity based around this,” Kimura explains.

The timing of the 2011 event coincided with the immediate aftermath of the Great East Japan Earthquake, when Japan’s Tohoku region was devastated by an earthquake and the resulting tsunami on March 11. In view of this, concerns were raised in some quarters about Japanese attendees traveling to Thailand for ADFEST.

Kimura, however, believed it was not the time to give up on plans, and his faith in Hakuhodo’s abilities were justified when that initial seminar paved the way for future success. “It was so well received that we were able to hold Hakuhodo seminars at Spikes Asia in September that same year, and then at Cannes Lions from 2013,” he notes.

This year is the tenth anniversary of Hakuhodo’s first seminar and so winning the Network of the Year award at ADFEST 2021 has made the victory particularly sweet for Kimura, as it marks a decade of efforts to raise recognition of Hakuhodo’s works and capabilities on the international scene. This has included sending judges to various advertising award festivals around the world and conducting further seminars to promote Hakuhodo overseas.

“We have also been systematically and strategically entering our work, as well as consulting with our people who have experience as judges for past international awards in order to determine which work should be submitted and in what context,” Kimura points out.

Kimura is keen to emphasize that this success is very much a team effort, reflecting the hard work of the Hakuhodo International to strengthen ties throughout the entire Hakuhodo Group, both from head office and among all the stakeholders in the network.

“Over the past few years, people with various capabilities have joined the Hakuhodo Group through M&A and alliances. We’ve created a number of systems that allow these colleagues to engage and spark each other’s creativity, transcending both corporate and international boundaries,” says Kimura. “We share our works, pool our knowledge, discuss things, even becoming rivals or envious of each other at times, and I believe this all contributes to the strengthening of our creativity.”

A lot of attention at this year’s event was focused on Wolf Bkk, a creative boutique in Thailand which has grown rapidly since being established three years ago by Managing Director Phannika “Prayer” Vongsayan and CCO Torsak “Tuey” Chuenprapar. According to Kimura, their team always come up with a humorous take on human nature. At a time when Thailand has been experiencing a lot of gloomy news, such as the pandemic and political issues, Wolf Bkk’s playful and entertaining TV commercial for ‘Shop Unfriend’ struck a chord with audiences and took Grande and Gold prizes at ADFEST 2021.

Kimura recalls a visit Tuey made to Tokyo some years ago, just before Wolf Bkk was established. “We went out for dinner in Akasaka at a teppanyaki restaurant (where food is cooked on a hot plate at the table). He was very interested in Hakuhodo Kettle’s work, management structure and policies, and asked many questions. Along with Takeshi Nagai, who was instrumental in launching Hakuhodo Kettle with me, we had a lot of discussion.” 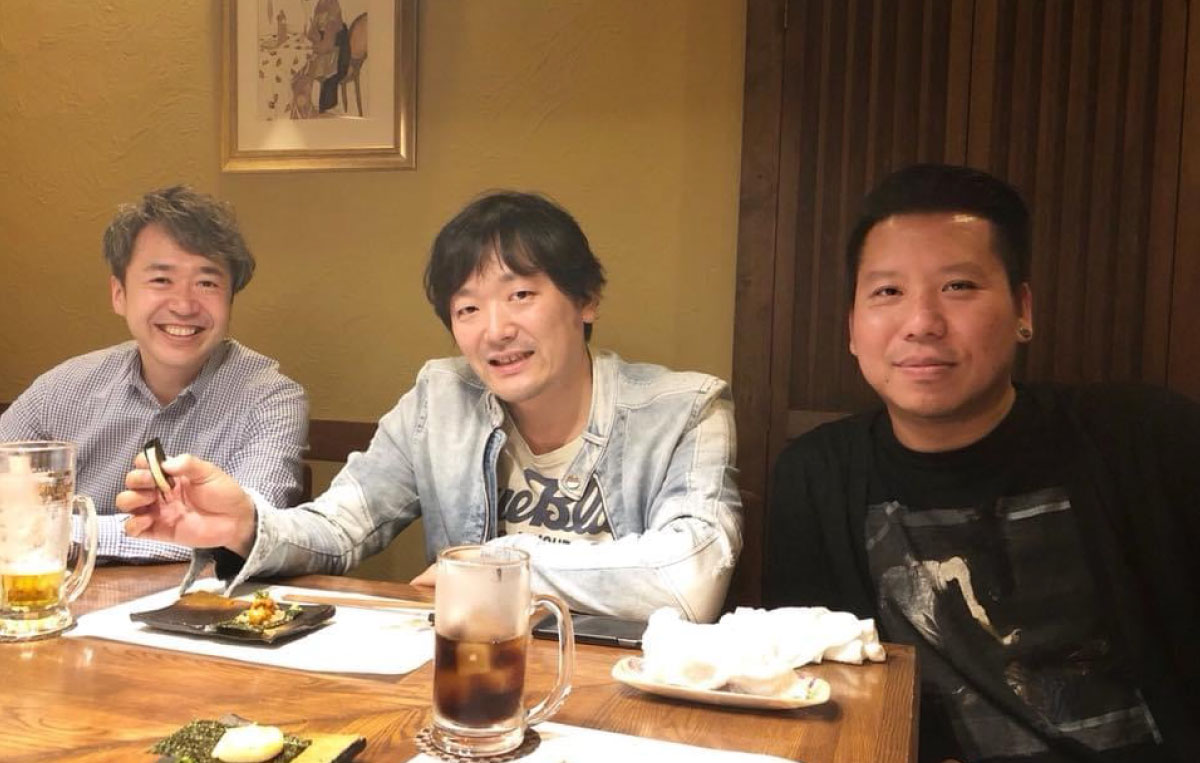 During a subsequent visit to Wolf’s office in Bangkok, Kimura and Nagai were happy to find a company imbued with a sense of creative energy and a playful atmosphere which reminded them of Hakuhodo Kettle. “Among ourselves, we refer to them as ‘the ASEAN Kettle.’ We are very pleased, both to see Wolf’s growth and to think that we contributed in a small way,” Kimura says.

“Spa-Hakuhodo, the Thai agency where Tuey and his team worked before they started Wolf, also won an award. I’ve worked with Spa-Hakuhodo on projects and conducted a Hakuhodo seminar with them at an advertising festival. They’re a highly-respected creative agency with a strong local Thai client base, and they even won a Cannes Lions Gold in 2018 for their work, ‘Obsession for Smoothness,’ in collaboration with SIX Inc. in Tokyo,” says Kimura.

A total of eleven Hakuhodo Group companies in the Asia-Pacific region contributed to the ADFEST success this year, including Taiwan agency Growww Group and Hakuhodo Indonesia. Growww Group is a relative newcomer to the Hakuhodo network, having joined in 2020. Despite competing at just their first ADFEST as a member of the network, the Growww Group won an impressive number of awards, including Gold, for two of its subsidiaries: UCG (United Communications Group), a top local agency with 51 years of history, and Medialand, a digital agency in business for 19 years.

“Together with the Growww Group and the original Taiwan Hakuhodo Group, we have one of the largest agency groups in Taiwan,” Kimura notes. “I look forward to seeing how the creativity of the two group companies will play out in the future.”

In contrast, Hakuhodo Indonesia is a regular participant at ADFEST, and took awards in a variety of categories this year, including the Outdoor, Brand Experience, and New Director categories. “Irfan Ramli, the Chairman of Hakuhodo Indonesia, has been striving for many years to raise the creative capabilities and the standard of the work entered in ADFEST. It goes without saying that Irfans’s contributions to the Hakuhodo Group have been instrumental in raising the profile of the Indonesian advertising industry as a whole, and I’m sure he was overjoyed to receive the Network of the Year award,” Kimura says.

A catalyst for creative power

Kimura readily admits that events in recent years have altered his view of Hakuhodo’s future direction. “I had considered Hakuhodo to be ‘a Japanese agency with overseas operations.’ However, over the last few years we have grown both in terms of scale and quality, and I believe that we have gradually evolved into ‘a global agency network headquartered in Japan that finds creative solutions to problems’,” he explains.

The world is undoubtedly facing many challenges with Covid-19 but Kimura chooses to put a positive spin on the chance for innovation. “As society and industries around the world are undergoing major changes due to the pandemic, I believe there’s more of a need than ever to provide our clients with the Unimagined Ways they are seeking, and this requires the power of creativity based on our Sei-katsu-sha Insight.”

While acknowledging there is still much work ahead, Kimura sees this year’s success as a turning point in the Hakuhodo Group’s evolution on the international stage. “When we look back on this award five or ten years from now, I hope we’ll be able to say that ADFEST 2021 was a catalyst for unleashing Hakuhodo’s global creative power,” he says. 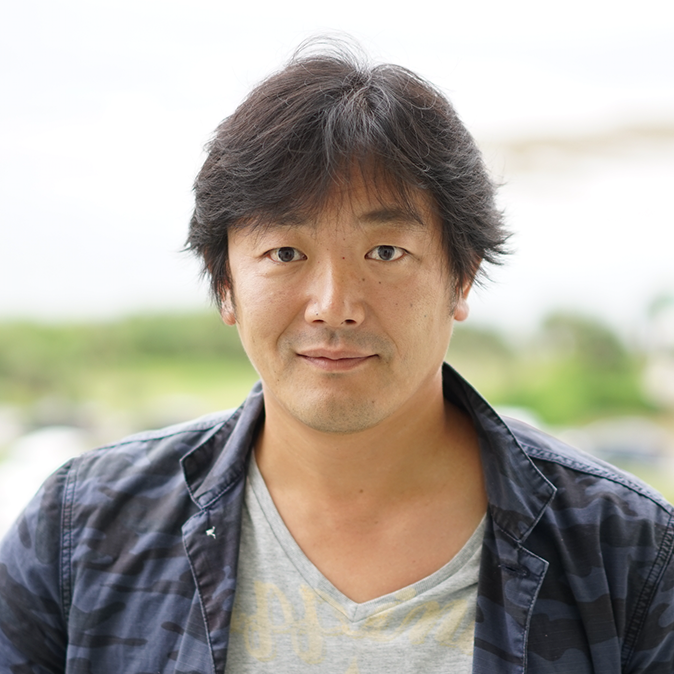 Kentaro Kimura
CCO, Hakuhodo International
Corporate Officer, Hakuhodo Inc.
Founder and Executive Creative Director, Hakuhodo Kettle Inc.
After joining Hakuhodo in 1992, Kentaro Kimura developed a cross-disciplinary style that encompasses various specialties, from strategy to creative, to digital and PR. He established Hakuhodo Kettle as Co-CEO in 2006. He has won multiple awards, including the New York Festivals Grand, Cannes Lions Silver, D&AD Yellow Pencil, One Show Gold, Spikes Asia Grand Prix and ADFEST Grande. Kimura has served on juries at international advertising festivals over 25 times, including sitting on the Titanium jury at Cannes Lions, and serving as jury president at ADFEST and Spikes Asia. He has also given numerous speeches at industry events outside Japan, and served as an official speaker for Cannes Lions five times since 2013. Kimura was named in Adweek’s Creative 100 for 2018. He also serves as General Manager of the Creative Consulting Division at Hakuhodo Inc.
SHARE
Back to News & Insights