Masako Shimizu spent three months at Sid Lee, one of the companies of the kyu collective, between July and September 2017 as a trainee under the kyu MARU program, a talent exchange program between Hakuhodo DY Holdings and its strategic business unit kyu. She reports on the experience. 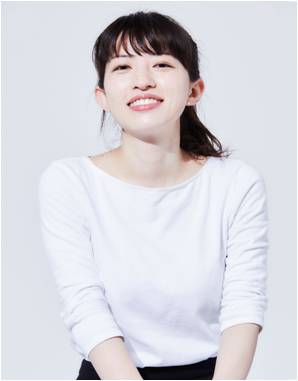 Masako Shimizu
Copywriter / Creative Director
Masako Shimizu joined Hakuhodo in 2006 and, after a stint as a strategic planner, became a copywriter in 2009. She was seconded to TBWA＼Hakuhodo in 2011, where she worked with global clients on integrated cross-media projects. Since returning to Hakuhodo in 2013, she has spent her days tackling new types of projects rooted in powerful concepts while building on her copywriting experience. She has won a Gold Cannes Lion and the TCC New Face Award, and sat on the Direct Jury at the 2016 Cannes Lions Festival.

Sid Lee is a creative agency headquartered in Montreal, Canada (with a staff of 600 professionals working globally). The only advertising agency in the kyu collective, it is renowned for helping nurture Cirque du Soleil into a global sensation. Sid Lee’s strength is in advertising, design, branded content, digital solutions, architecture, social media and especially experiential platforms & activations. Besides its head office in Montreal, in Canada’s francophone province of Quebec, Sid Lee also has offices in Toronto, Los Angeles, New York and Paris. I worked for three months as a copywriter at the Toronto office (with a staff of about 100) in the province of Ontario. Last year the Toronto office relocated to a new location, which is still in the midst of renovations. The changes were so constant that virtually every time I arrived at work there was a new layout. The office was expanding and its staff seemed to increase with each passing day.

Canada, home to a diverse population 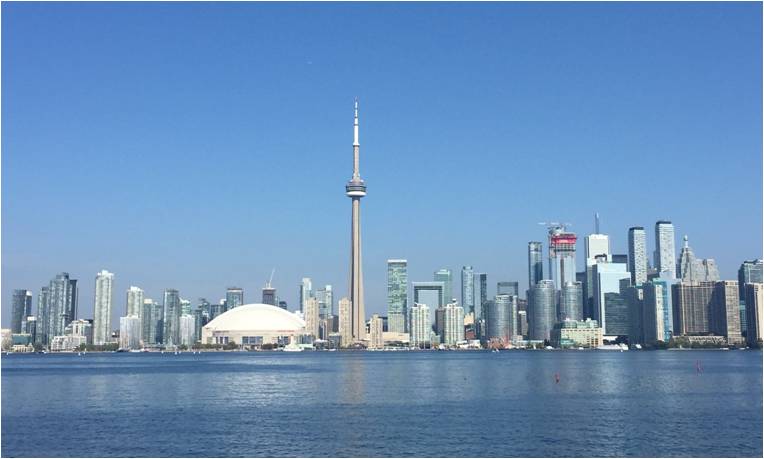 Downtown Toronto as viewed from the opposite island

First, let me briefly describe Canada as a country. Canada is home to people of many different nationalities and ethnicities; indeed, Prime Minister Trudeau personally welcomes immigrants as a matter of national policy. It is a bilingual country, with a majority of both anglophone and francophone speakers. Toronto is located in the mostly anglophone province of Ontario; the city of Montreal is located in the francophone province of Quebec. The two regions speak separate languages and differ almost completely in culture. Toronto, Canada’s largest city, slightly resembles New York on first impression. Montreal, is culturally similar to Europe; art, design, and culture are held in high esteem. The anglophone and francophone regions each make their own TV programs, and even commercials are produced separately for each region. That reflects the fact that they differ culturally as well as linguistically. Among the distinctive things about Sid Lee is its character as an agency originating in Montreal. 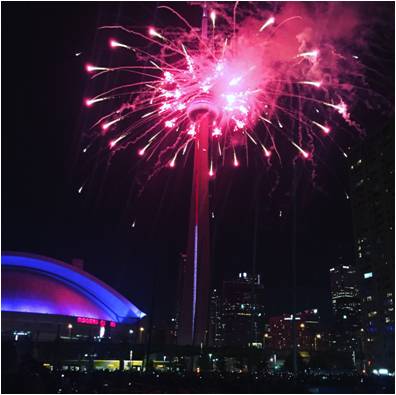 The annual CN Tower Canada Day fireworks
This year was Canada’s 150th birthday, so there was quite a turnout. 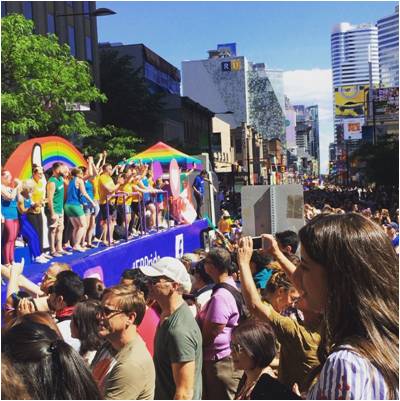 The Pride Parade, Toronto’s splendid LGBT parade
Canada is in every way a tolerant country.

How to transform conventional wisdom

Sid Lee was founded by some ambitions young people who had just finished their studies and had no agency experience. They started it up from scratch. There is an unusual story behind the name. The agency was originally called Diesel, but the name was often confused with that of a certain fashion brand, so the letters were rearranged to form “Sid Lee.” Before arriving in Canada I’d assumed that most of the clients and brands that Sid Lee worked for catered to young people, but when I actually got there I discovered that many long-established clients and brands were also in its portfolio, especially at the Toronto office. Sid Lee, I found, excels at transforming and updating such brands. One client I was responsible for was a bank company that owned a supermarket chain and food brand, and the ads were so full of humor and elegantly designed they hardly seemed like bank ads. The ideas, crafted in tandem with a copywriter and art director, all seemed to answer the question, “What emerges when you showcase excellent service with abundant wit and humor?” Another job I worked on was for a body that certifies wine quality. Canadian wine has begun to attract global interest, but locals still consider it inferior to that of well-known wine producing nations like France and Italy. The project involved conducting a branding campaign to change the image of Canadian wine so that it appealed to more discriminating palates, then devising a new approach to wine tasting and designing an event incorporating it. What Sid Lee recommended was no mere quick fix; rather, it offered an integrated proposal for reinventing the brand including a tagline, design guidelines, and what the client should be true to as a business. It was striking how well laid the groundwork was.

When you’re assigned to a brand, the brand and design guidelines are already neatly filed in documentary form, and you are immediately initiated into what the brand’s goals and potential assets are, a systematic approach known as “onboarding.” Again, when campaign ideas are being developed, creative directors and strategists write the creative brief and rework the strategy; thus the process of forming ideas typically gets off to a smooth start. Because the destination is clearly visible, the client and the agency are on the same wavelength when they speak and can devise ways to move in that direction. 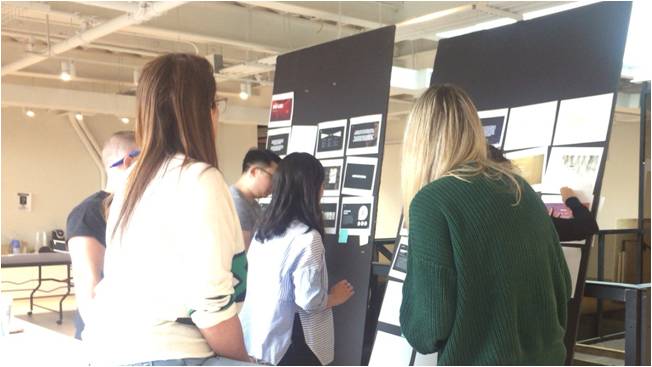 A meeting. Checking documentation with people of various job descriptions.

How to expand the range of the experience

You often hear the word “experience” at Sid Lee. It takes such pride in creating immersive experiences, like the international creativity conference C2 Montreal created in partnership with Cirque du Soleil. But it’s more than a matter of mere technical prowess at pulling off events. Sid Lee sees consumers not as the advertising audience but as participants in the brand experience. It is committed to supplying clients not just with advertising but with a broad-based brand experience. It is constantly thinking of ways to “transform” things, as I’ve already mentioned, plus it is constantly looking for transformative experiences. The Sid Lee approach is a multidisciplinary one that involves crafting such new experiences by working with individuals from many different specialties, like architects and content developers and motion designers. Sid Lee Studio, the agency’s production arm at head office in Montreal, employs specialists in many different fields, including producers, engineers, motion designers, and 3D artists, who collaborate on each project as they work. The Toronto office, where I was stationed, was right in the middle of setting up its own studio, so these functions are to expand there as well. Having people with actual production skills on the agency’s staff will make it possible to produce output of every type in terms of scheduling, flexibility, and cost. 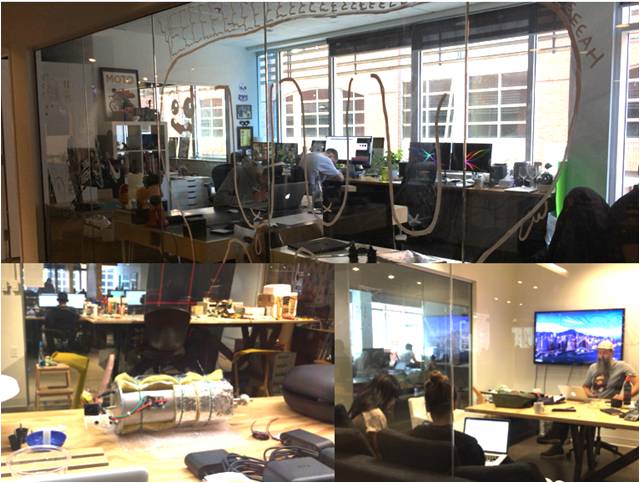 Several views of Sid Lee Studio at the Montreal office
The air of creativity is palpable.

During planning of the event delivering a new wine-tasting experience in which I had a hand, an in-house producer was involved from the initial phase, and we had the opportunity to hear advice from creative staff and producers at head office in Montreal who possessed a wealth of experience in event production. An extensive store of production knowledge has been built up in house, and people are clearly eager to help each other out.

When I visited the Montreal office, I got to meet the producer with whom I had communicated online during the wine-tasting event project; the person shared a wide range of case studies with me. Besides a studio, the head office in Montreal also has an architectural arm, Sid Lee Architecture. They offer architectural services ranging from interior design and urban planning as well as residential design, hotels, office design, retail, restaurant & bar etc.. Designing long-term experiences that entail building construction means penetrating to the very core of the client’s business; it also means more possibilities of generating new business opportunities for the client by designing new experiences. That unique approach to expanding the range of experience design is, I believe, typical of Sid Lee. 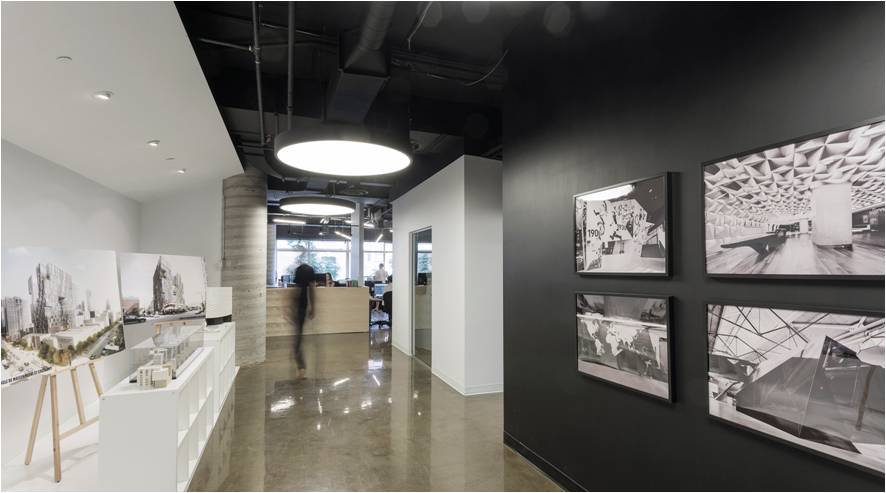 The almost-vanished boundary between mass media and other advertising

I mentioned earlier that the Sid Lee approach involves working with individuals with different specialties. Coming up with ideas for everything from mass media to digital ads is basically the job of copywriters and art directors as the agency’s creative arm (rather than its production arm). This approach, I was told, has been the norm in North America and Europe for the past decade. In Japan creatives sport quite a variety of job titles — TV commercial planner, promotion planner, digital creative planner and so forth — but an independent creative agency with a workforce of around 300 at most can’t afford to hire all sorts of creative planners. So for about the past ten years virtually all ideas for everything from mass media to digital ads have emerged from this pair of creatives — the copywriter and the art director. I myself had fun with that difference in approach. In a job for one client I worked on coming up with a TV commercial and digital promotion, while for another client I worked on designing a new kind of event. So how do you solve the challenge in the brief? Basically, creative work is produced on the assumption that there is no boundary between forms of output. One fact that makes that approach logical is that independent creative agencies aren’t in the media business in the first place; they conduct business on a fee basis. Basically the same hourly fee is charged whether you’re producing a TV commercial or a banner ad. 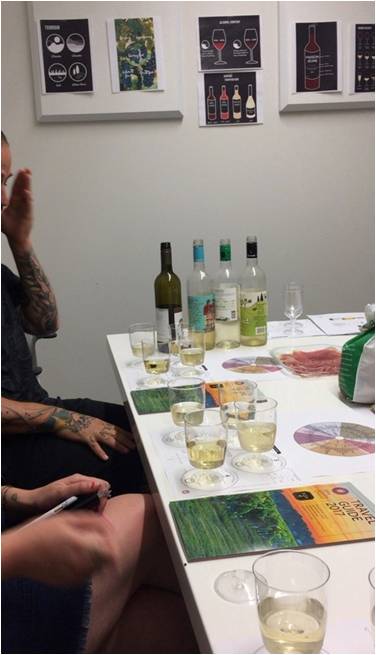 A dedicated design team: another aspect of the Sid Lee approach

Another distinguishing feature of Sid Lee is the existence of a dedicated design team. The design arm has creative directors who perform the function of examining output from a design standpoint. The designers belonging to the design arm most come into their own when it comes to the craft of design. Sid Lee has a specialized team and methodology for solving the client’s challenges with the power of design. Collaborating as necessary with the team of copywriter and art director in the course of the job is all part of the Sid Lee approach. I was told that this relates in part to the fact that the agency originated in Montreal, where the craft of design is highly prized. 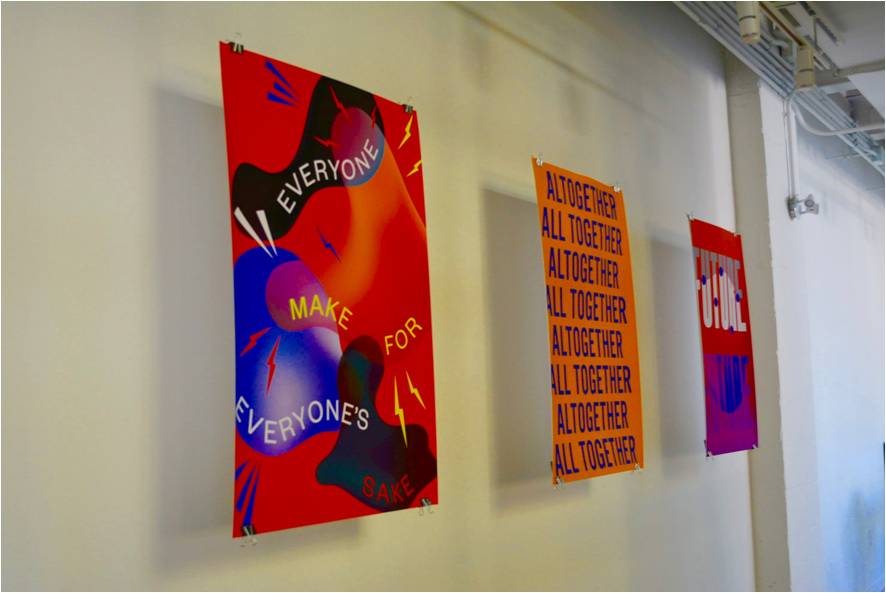 Sid Lee organizes a poster design awards contest. These posters by Toronto SIDLEE designers were among the works chosen.

Sharing a common language because you do the same job

At Sid Lee I worked as copywriter on different projects with whatever copywriter and art director handled the client in question. Although we were brought up in different countries and spoke different languages, it was almost as if we shared the common language of creativity, as we were all in the business of coming up with ideas. Being able to understand each other and agree on what constituted a cool or a neat idea was for me an invaluable experience. Everyone would express interest when one of us pointed out something that everyone was vaguely aware of but no one had actually noticed, or added a dash of humor to the way a message was presented. I was often surprised at the high level of performance of these copywriter-art director teams, the smallest working unit within the agency. They possess planning abilities transcending any single medium, and they are capable of chronologically mapping out integrated campaigns extending to social media. That the individual does not constitute the smallest unit is psychologically beneficial; it may also be advantageous in that the pair can to some extent whittle down and refine ideas between themselves. On the other hand, I came to realize how well off we at Japan’s full-service agencies are in that we can form teams with creatives specializing in different fields. 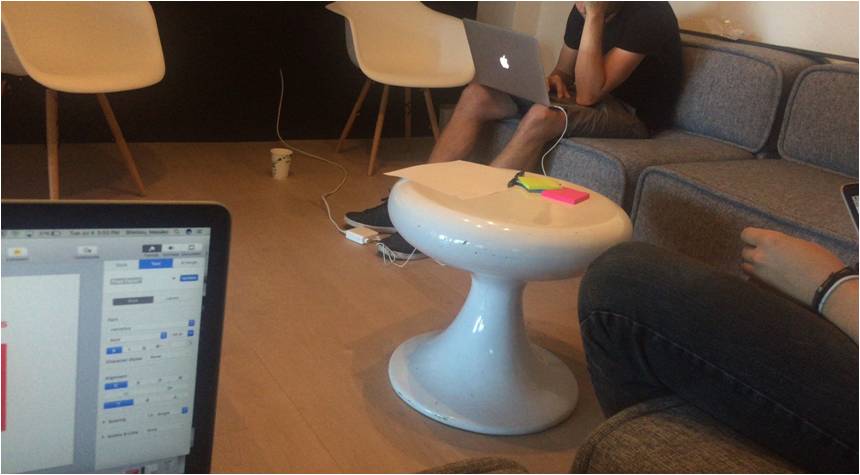 Developing an idea with a copywriter and art director