Envisioning the future according to SYPartners: A training report

This report is written by Peihwa Lan, one of the first kyu MARU (a talent exchange program between Hakuhodo DY Holdings and kyu companies) participants dispatched to SYPartners for ten weeks from 10 June to 19 August 2017. 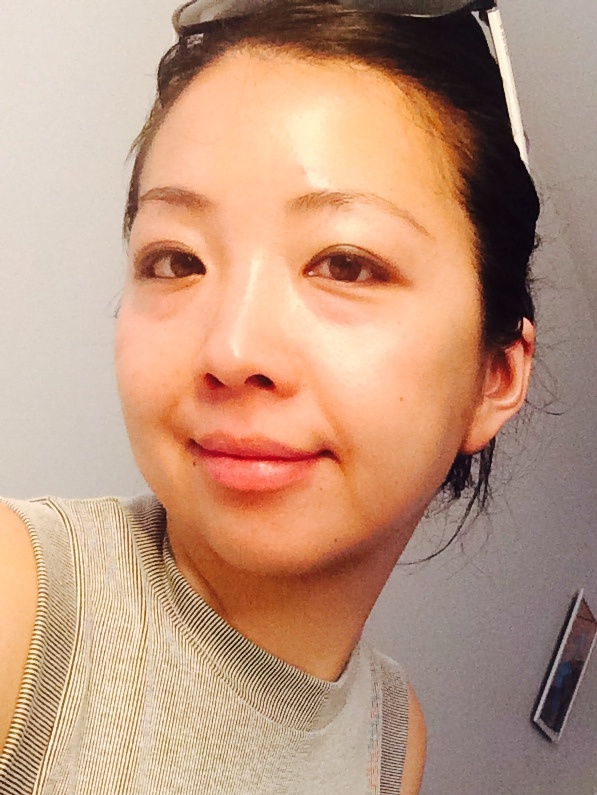 Peihwa Lan
Peihwa joined Hakuhodo in 2012. She has been working for the kyu Division, Hakuhodo DY Holdings, since October 2015, following an assignment at the Media Department, Global Business Division.

SYPartners (SYP) is a boutique consulting company with offices in New York and San Francisco. Its headquarters are located on the eighth floor of the Carpenters Association Building in West Village, Manhattan. Since relocating to the new office last December, the company has increased its workforce, which currently includes 250 people both in the East and West Coast Offices. Keith Yamashita, SYP’s founder, is a former Apple employee who used to write speeches for Steve Jobs; I have heard that he launched the company with the vision that “a good speech needs a good strategy.” 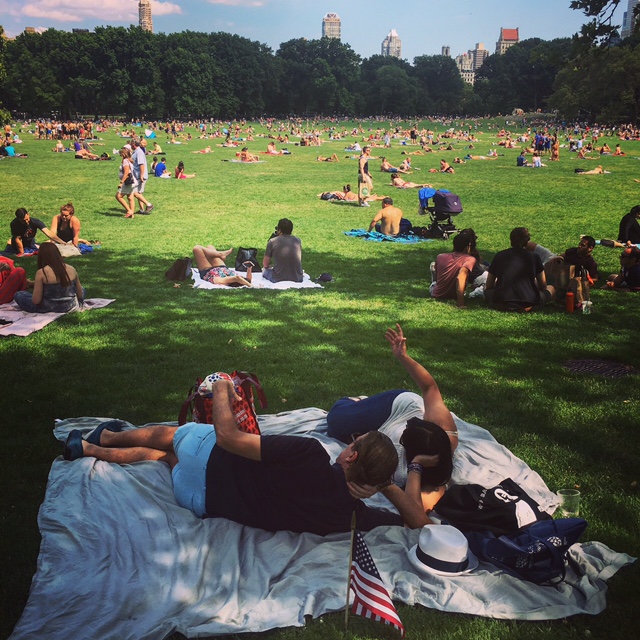 New Yorkers’ way of spending the Fourth of July

Already at its inception, when it was more focused on branding and communication activities than it is today, SYP established that the best way to achieve greatness is through organizational transformation supported by a sense of purpose and belief. For two decades, they have been working on original methods and tools to facilitate organizational, team and individual transformation with top executives of leading companies such as Nike, Hewlett Packard, IBM and Starbucks. Now a competitor with major consultancies, SYP enjoys a unique position in the US consulting industry.

A working day at SYP generally starts in the kitchen; the first thing many do when they get to work is to have breakfast. Some put sliced banana on almond-buttered toast, others pour milk into a bowl of granola and raspberries, and still others stone an avocado. Of course, there is always someone who is pouring coffee into a mug. Then, conversations start: “How was jogging last night?” “A client will visit our office today; we are rushing around making preparations.” “My baby in the womb kept kicking all night long…” After talking a while, all move to the spaces reserved for their respective projects, with breakfast in hand, for the morning meeting. There are no set rules or arrangements. Each project team follows its own style and schedule. 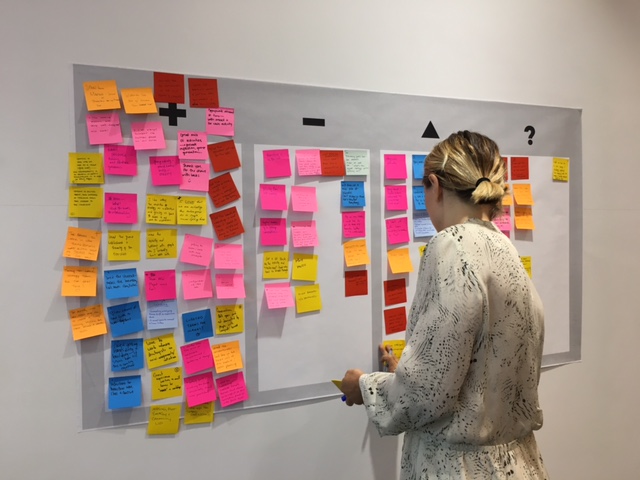 Post-Its are a lifeline for SYP

As part of my training program, I was assigned to work with a public fashion retail group company. One of the challenges included in the agreed scope of work was to suggest innovative business ideas to achieve top-line growth in the struggling fashion retail industry. As avid system-thinkers, however, SYPeeps are always capable of zooming out from the immediate challenges and realities of the client. Instead, they seek to build or enhance the whole system by getting to the bottom of the matter: what is lacking in the organizational management of the client, what is preventing its people from coming up with new ideas and implementing them and what is happening as a result. This systemic approach usually pushes the SYP teams’ work to go far beyond the initial scope. Indeed, after a few rounds of workshops and discussions, two new jobs were subsequently added to the project with my client: developing a powerful “narrative” for clearly communicating the company’s purpose and strategy, and creating a mechanism that would trigger genuine organizational and leadership transformation.

Preparing and providing “food for thought” based on meticulous research, actually making the clients think through various creative experiences, and leading them to their own solution – this is SYP’s way of working. And the whole process may be summarized in one word: “empathy.” Although the word often connotes sympathy, I personally think it is closer to “imagination.” Empathy can mean putting yourself in the client’s shoes; imagining theirs fear and hopes; understanding their habits and tendencies so as to preempt such elements in building experiences suited to them; and building authentic relationships. In short, empathy is a natural guideline that leads SYP’s consulting and design works.

A strategist and a designer form the core of the project. This strong duo comprise the key and engine to drive the consulting work of SYP. If the strategist defines the direction of thinking by understanding more than anybody else the challenges and business environment surrounding the client, then the designer visualizes complex, formless ideas and processes as something human-centered and emotional. Since any role at SYP is considered flexible and interchangeable, however, the designer can also define the direction while the strategist puts forward design ideas. I was overwhelmed by the quality and speed of this art of working as a pair. 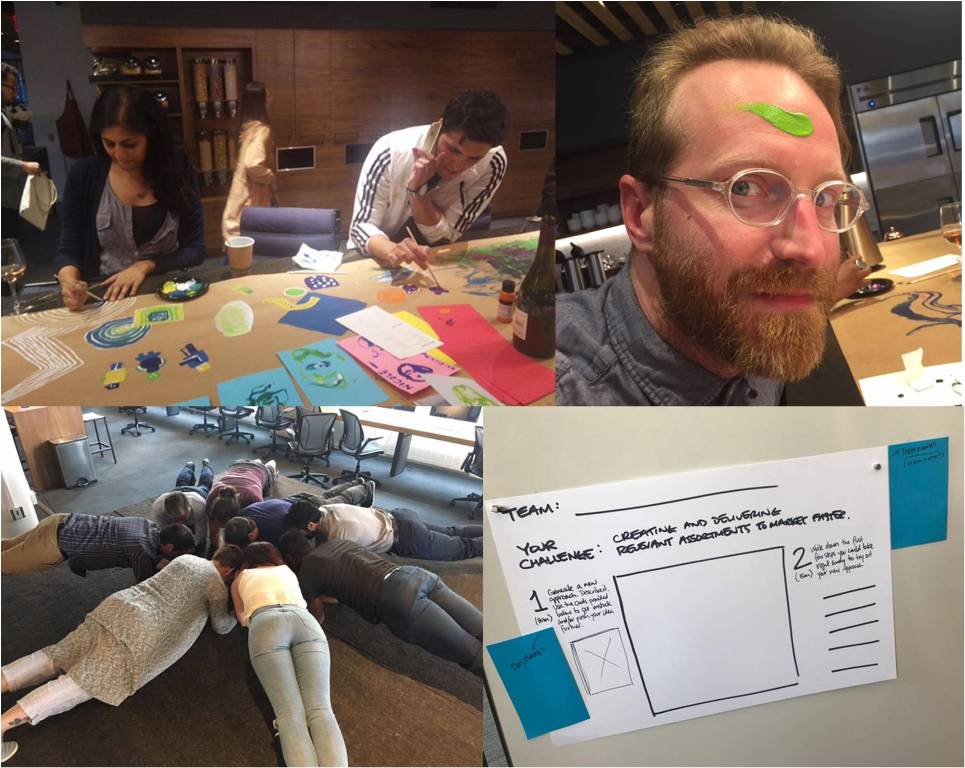 Scenes from a working day

Envisioning the Future Through Design

The role and meaning of design at SYP are also worth noting. Today, it is no longer rare for a major global consultancy to acquire a design firm to integrate the whole process from strategy planning to final execution. SYP, however, has been mainstreaming the idea and practice of design in its consulting work since its inception. “Design is the method of envisioning the future – and then arranging all the elements to make it a powerful reality.” This is the definition of design at SYP. Thus, they believe that everything lends itself to design, including strategy, organization, organizational culture, service, experience and leadership. (The concept has a strong affinity with IDEO’s “design thinking,” especially in terms of prototyping and iteration.)

Seeing visible things through a different lens and trying to see things that are invisible; SYP teams clearly understand that transformation may stem from such direct experiences and they help clients live them through facilitation. They also believe that such inspiring experiences have to be emotional to some extent. Indeed, psychology plays a unique role at SYP. I quickly realized that SYP consisted of a group of professionals who are capable of striking a balance between the head and the heart. 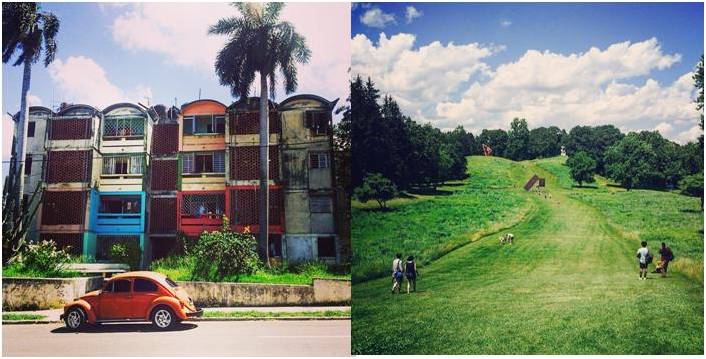 If certain “rituals” are essential for a company to shape its own corporate culture, I believe that SYP has many of them. UnWINEd, held every Thursday at 4 pm in the Café, is a good example. This is literally an “unwinding” session with “wine” in the middle. The event features the introduction of members joining or leaving SYP, the announcement of news about SYPeas and shout-outs. As the name suggests, they serve wine during the session (and superb wine it is!), and the participants usually go back to work after a glass.

Another interesting example is a meeting called “Naked Lunch” (an idea borrowed from Sid Lee, another kyu company), where all staff members sit in a circle around Susan Schuman, SYP’s CEO, and other senior executives and ask blunt questions. Nothing is off-limits in principle, including questions on corporate strategy or policy, questions on bonuses, and complaints about the quality of lunch (which is provided by the company). The CEO and executives also try to give clear, honest answers. Many other rituals are proposed and implemented at the initiative of staff members, such as “Snack & Learn,” i.e. a snacking workshop with the participation of external speakers, and discussion series on specific subjects. All of those rituals at SYP are indicative of its culture of recognizing the value of expressing, sharing, learning and playing. All of these create a breeding ground for creativity.

SYP and Individuals, SYP and Society

At SYP, people believe that good work results from the physical and mental well-being and growth of individuals. This means that in order to achieve the purpose of SYP, which is to create impact, all members need to fully express and fulfill themselves not only at work but also in their life. Thus, the company makes little distinction between the two. They believe that a rounded experience in both one’s public and private spheres gives each individual a unique perspective, which is crucial to delivering great work. The words of the talent director still echo in my head: “Your time at SYP must allow you to grow both in your life and career.”

Somebody once said: “SYP could be considered as a counselor for businesses and organizations.” I think this is a very relevant comparison. In this increasingly uncertain and opaque world, you can feel ill, both physically and mentally, or have fear and anxiety about something you cannot explain. You might even ignore whether the problem is coming from within or without. Rather than simply helping you find the correct response or remedy, SYP helps you ask the right question and think creatively about your own raison d’être. Who are you? Where do you come from? Where are you going? What do you want to be in five years? What do you have to do to realize your vision? Leading clients into a powerful self-reflecting journey so that in the process potential can be unleashed, aims can be set higher, and tools to transform mind and structure can be acquired: This is the work that SYP does – day in, day out. 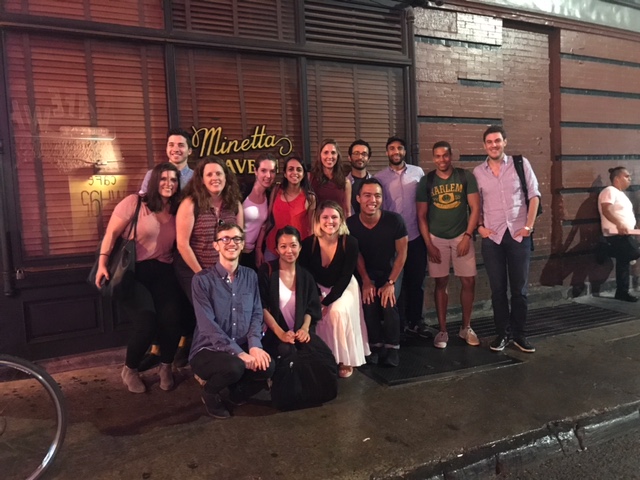 With my “peers” at SYP, on our way back from a stand-up comedy show
SHARE
Back to News & Insights