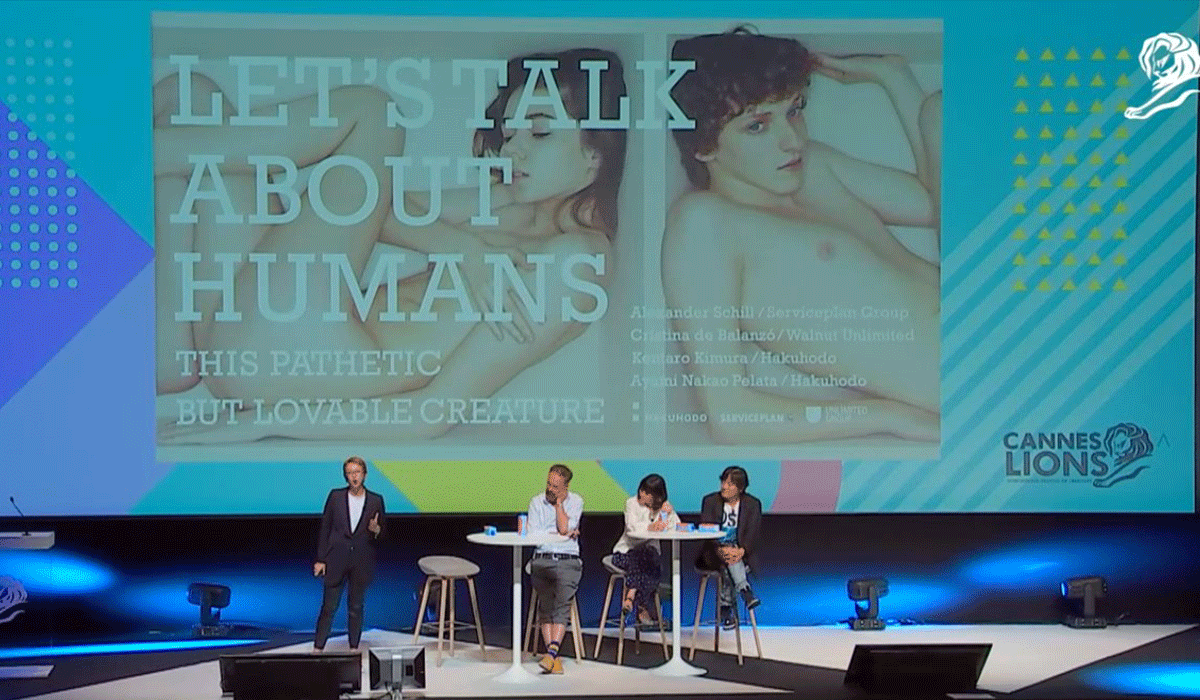 Three leading industry talents gathered for Hakuhodo’s recent seminar in Cannes, France to share their insights on the human condition through the lens of their creative work: Kentaro Kimura of Hakuhodo from Tokyo, Cristina de Balanzó of Walnut Unlimited (part of the Unlimited Group) from London and Alexander Schill of Serviceplan Group from Munich. The session was moderated by Ayami Nakao from Hakuhodo Inc.

In January this year Hakuhodo Inc. announced the forming of partnerships with the Unlimited Group and Serviceplan Group, and the Cannes event was an ideal chance for representatives from each firm to showcase their combined synergy.

In opening the discussion, moderator Ayami commented that, depending on which media you are reading or who you are talking to, “We can either be super-proud or super-depressed over how we’re doing as humans today.” This set the scene for the session, with each panelist offering their take on human emotions, behavior and tendencies through their stories.

Before handing off to the panelists, Ayami explained that the speakers were not simply going to beautify humans, but would also explore our “somehow fickle, superficial and seemingly selfish” aspects.

Connection is the key

First up was Alex, who asked the intriguing question, “How do humans use technology to stay human?” Noting that we have always been social creatures, he explained that technology means we can reach out to others at any time, and that staying connected is clearly important for brands. However, he then revealed the sobering statistic that 70% of websites are not accessible to the visually impaired, effectively cutting off some 285 million people around the world.

Alex raised the idea that accessibility is a human right, and that being connected is “the strongest currency we have for the future.” He added that even when we disconnect from the digital world, it is to reconnect in another sphere, such as nature, so the basic premise is still actually about connection.

He pointed out that not all advances in technology are necessarily helpful for individuals coping with challenges, citing the example of a friend with impaired vision and her new coffee maker. Although superior in technology to her old one, the new model featured a digital display, effectively rendering it impossible to use.

“We should look at technology as something that can help us overcome our limitations. Connection is our access to everything,” Alex said.

The audience were then shown an example of these concepts in action, in a campaign video for Korean firm Dot Incorporation, which makes innovative products for the visually impaired through “bringing tactile communication to visualization.” The Dot Watch is the world’s first Braille smart watch, transmitting information in real time, while the Dot Mini can access any digital media and translate it into Braille, allowing reading and listening in synergy. The Serviceplan Group has not only been a partner in developing these products, but is also one of Dot Incorporation’s shareholders.

Cristina then took center stage, and shared her insights on how we connect through our emotions. She opened with an interesting observation: While the advertising industry tends to think that we change people’s behavior though positive emotions, “it is actually sometimes negative emotions—sadness, anger, disappointment—that can be quite engaging and very effective at driving behavior.”

The audience were treated to a video from the award-winning “Boys Don’t Cry” campaign for Unilever’s Lynx, a line of men’s grooming products. In the video, young men between the ages of 16 and 25 take viewers on an emotional journey as they talk about men crying and revealing their vulnerable side.

Cristina pointed out that the execution of the emotion in this campaign was “authentic and genuine—even emotionally pornographic,” and added that the climax was when the message and the brand are delivered. She also asked the audience to consider how emotion overrides information in the context of the video.

According to Cristina, it is important to deliver a rational message combined with the right emotion. Drawing on studies of brain science, Cristina noted, “Emotion can be the gatekeeper of rational decisions.”

She urged industry professionals to keep their message simple. “These brains have much better things to do than decode your communications!” she commented. “Communication is about feelings, and not only information.”

In closing her presentation, Cristina advocated for brands to create a closer relationship with their audience by building empathy.

The final speaker was Kentaro, who discussed how human desire drives our actions. “Desires can be positive and negative. On the one hand I can be an angel, and on the other hand, a devil, driven by desires,” he quipped. “And sometimes we are both!”

Using the familiar context of feeling hungry and wanting to go out for dinner, Kentaro pointed out that most people check online sites to find a popular restaurant. Hakuhodo Kettle, however, turned this concept on its head with their Red Restaurants List campaign—a gourmet guide that preserves “endangered restaurants” and local food culture. The work won a Bronze Lion this year.

The audience were shown a video set in Takasaki, a small Japanese city where an aging population and a decline in customers have led to many owner-operated restaurants closing. The Red Restaurants List specifically highlights eateries with aging proprietors, no successor, and most importantly, great food. The highly successful campaign has attracted new customers to Takasaki, and the concept has since spread to other regions in Japan.

Kentaro went on to explain how the “the story creates the desire” in this case: People want to play a part in the story of saving a local establishment, whether from a desire to be heroic, out of curiosity to try a new eatery, or even perhaps to “travel back in time” to try nostalgic dishes. “Our role in the age of AI is to create stories that drive people to think and act on positive desires,” he said.

Although people are sometimes considered “pathetic creatures,” who are driven by our desires, Kentaro suggested changing the narrative to “lovable creatures” who are moved by positive stories.

In closing the session, Ayami reiterated the panel’s desire to “take a deep dive beyond stereotypes” while telling their creative stories, and how they have been able to unearth some universal truths in the process. “We were thinking of timeless truths that have stood up throughout history. What is to be trusted, what is real?” she said. No doubt the audience were left pondering these questions after the session. At the end of the day, we are only human. 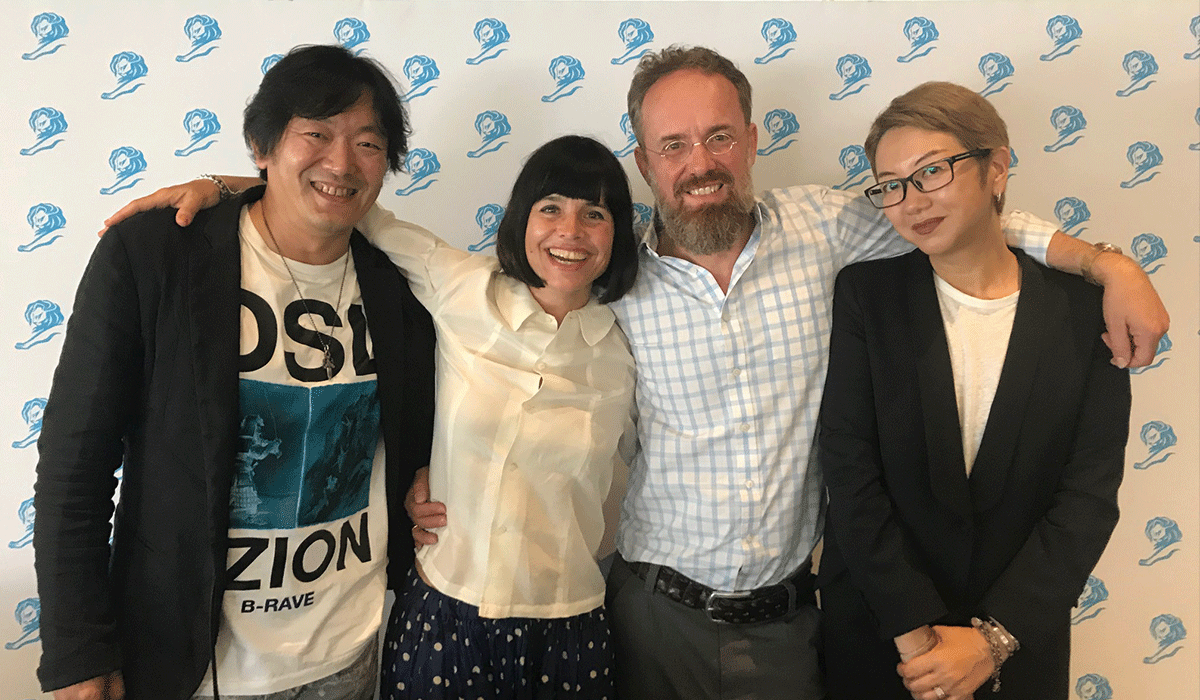 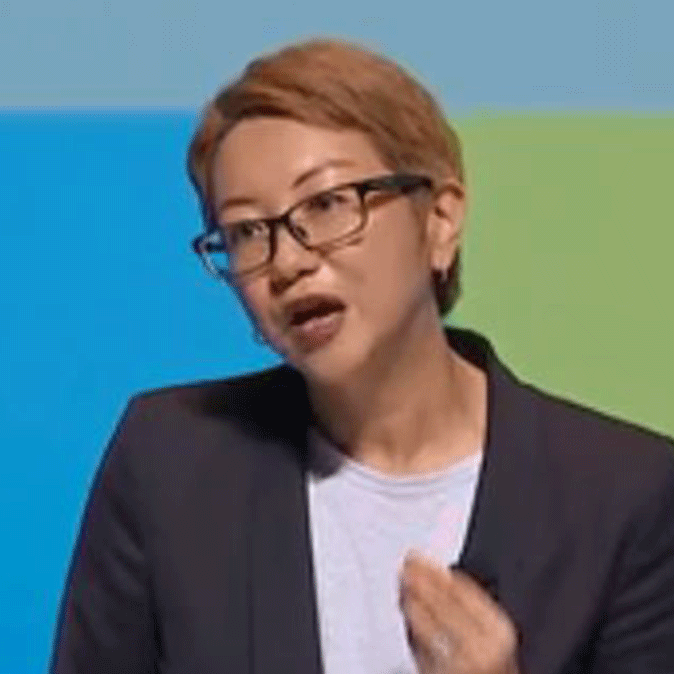 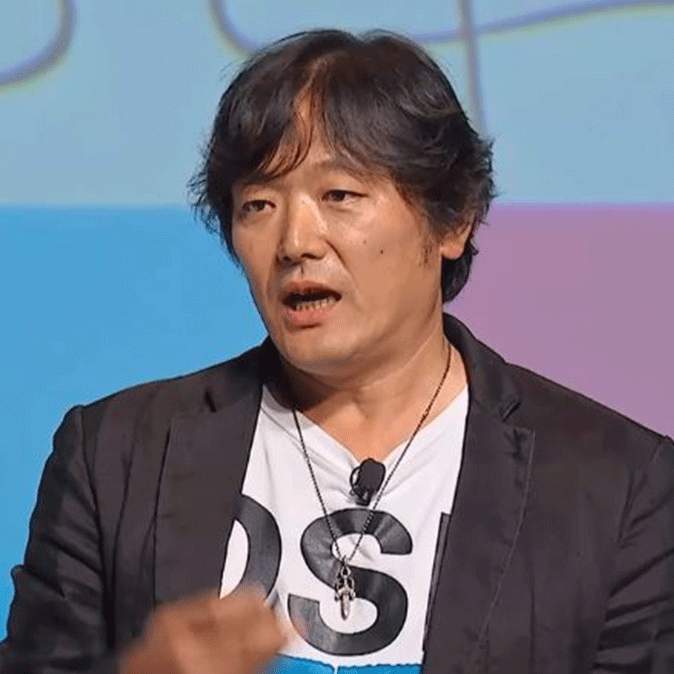 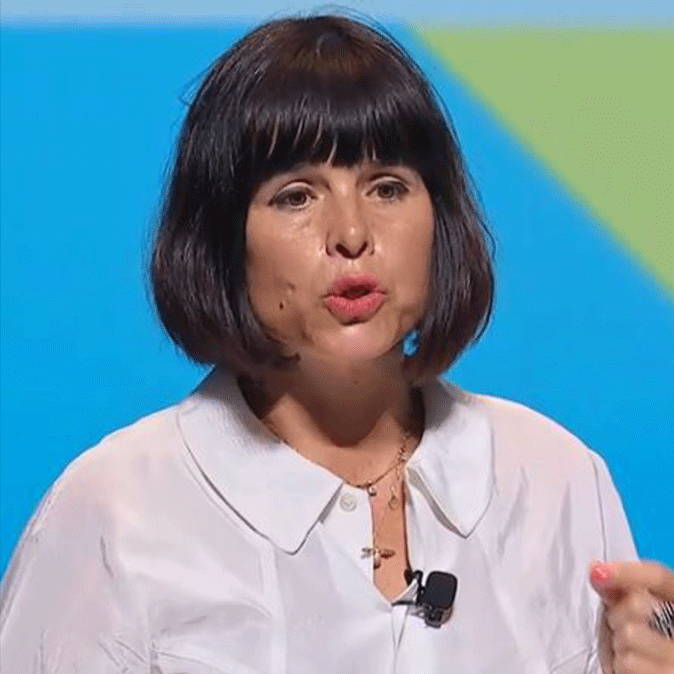 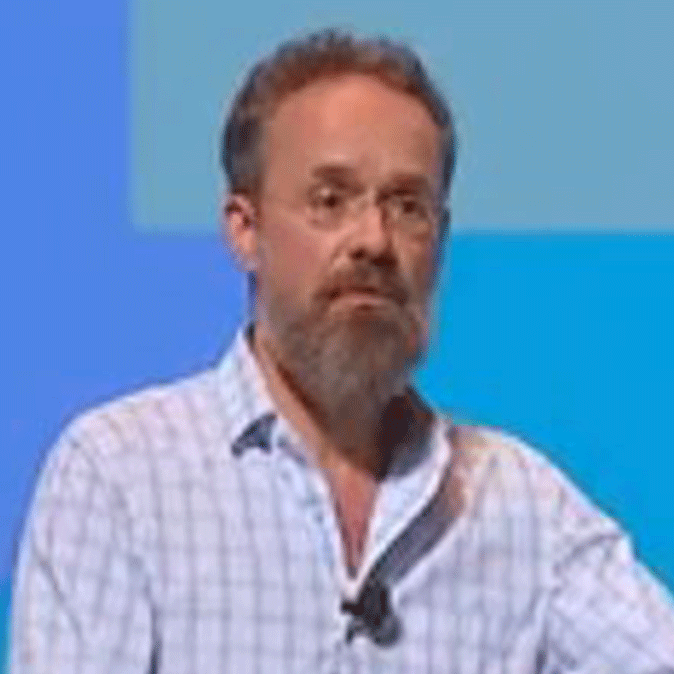