Are human beings pathetic, loveable, or both?

In the age of AI and machine learning, what makes viewers’ emotions ‘climax’ is still key for brands and marketers. 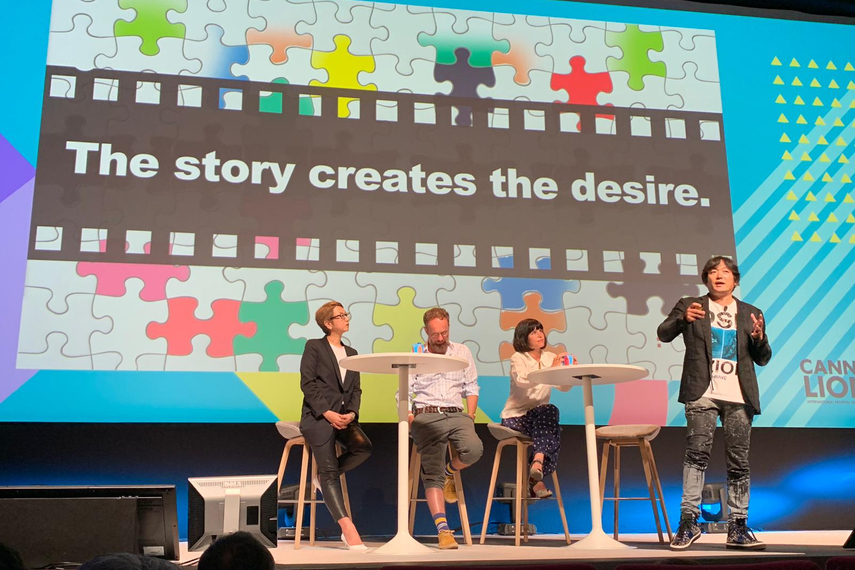 Unboxing universal human truths is a mission to which Hakuhodo has dedicated itself since it was founded in 1895, but it’s never been more relevant — or necessary — than now, as the agency outlined during a seminar with speakers from Serviceplan Group and the Unlimited titled ‘Let’s Talk More about Humans: This Pathetic, but Lovable Creature’, at the 2019 Cannes Lions International Festival of Creativity.

Ayami Nakao, corporate officer at Hakuhodo put it bluntly, “we can either be super proud or super depressed about how we’re doing as humans today. This is the reason we wanted to share our particular stories through the lens of our friends.”

These ‘friends’ included Dr.Cristina de Balanzo, Unlimited Group, consultancy director at Walnut Unlimited; the Insight division within the Unlimited Group, Alexander Schill, global chief creative officer, board member and associate partner at the international agency Serviceplan Group (headquartered in Germany) and Kentaro Kimura, APAC co-chief creative officer at Hakuhodo. The three companies have a working partnership that goes “way back”, says Nakao, and is strengthened by their joint commitment both to keep humans at the heart of all their work, and to channel local insights from their various communities. 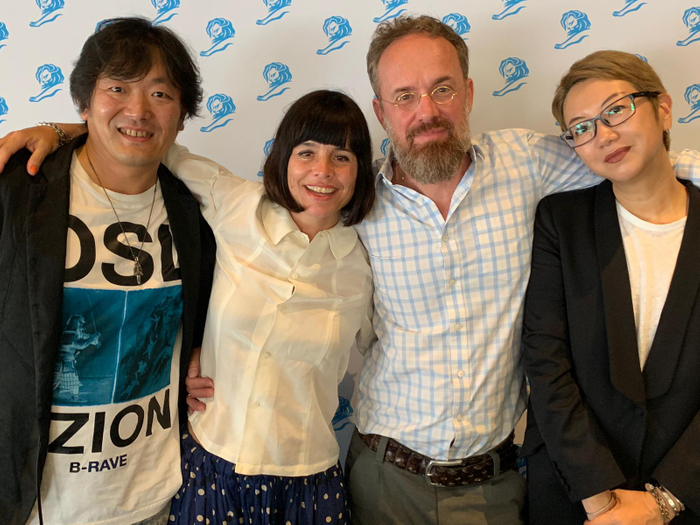 “For a world to be truly inclusive we need to make sure we are really getting down to locally rooted insights and truths that are universally relevant and aspirational. The three companies are coming together in the form of a partnership to ensure we are committed to this end and challenging the conventional least common denominator, ‘vanilla toast flavour,’model”, says Nakao.

It might seem as though digitalisation and data have altered the context in which brands are operating beyond recognition. But the need to focus on human truths and human needs to achieve success hasn’t changed at all. 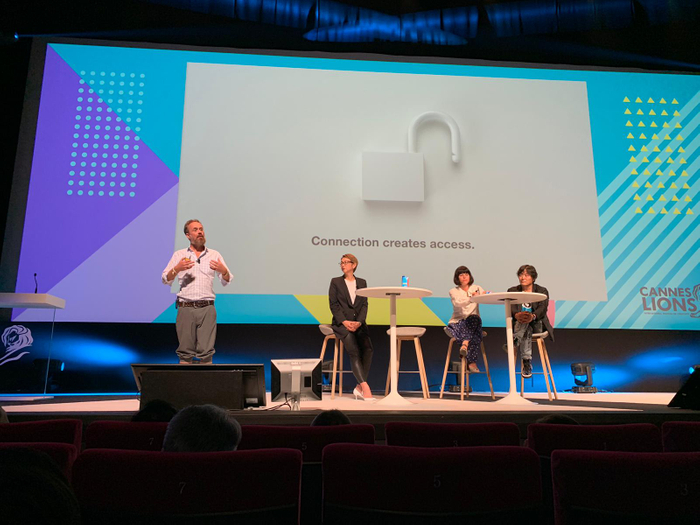 Brands might think they’re doing this innately — but consider Alexander Schill’s point that only 30% of all websites in the world are accessible to visually impaired people, who number 285 million. This inaccessibility — and therefore lack of connection in a world that values this as a human right — extends to products, too. Schill gave the example of a visually impaired friend of his who was dismayed to learn, on ordering a new coffee machine, that the digital display which replaced her old tactile one was now something she couldn’t see to navigate.

“This is something that all brands and marketers should be aware of,” said Schill.

Schill cited the company Dot Incorporation in Korea, with whom Serviceplan Group have been developing the Dot smartwatch, Dot mini and Dot translation engine, saying: “Connectivity is the strongest currency that we have today. Dot Inc has a mission to make the world accessible to visually impaired people by developing e.g. the world’s first Braille smartwatch and the first Braille Translator based on AI. This is an example of how technology can be used to human benefit to improve our worlds’ connections and inclusivity.” Dot Incorporation and Serviceplan Korea/ Serviceplan Innovation won 2 Bronze at Cannes Lions 2019, 1 for the Dot Mini and 1 for the Dot translation Engine.

The first step to improving those connections with humans? Reaching our emotions. Bringing scientific rigour to the table, de Balanzo insists that understanding how human attention, memory and other cognitive processing work is crucial to solving business challenges. “You have to know how to break the patterns that would allow the brain to stop trying to take everything in and to pay attention where we want it to, instead” she said.

De Balanzo spoke about the ad industry’s tendency to think that only positive emotions can change behaviours, for example: “But actually there are also negative emotions like anger or disappointment that can be quite engaging and can actually be very effective at driving behaviour,” she said. 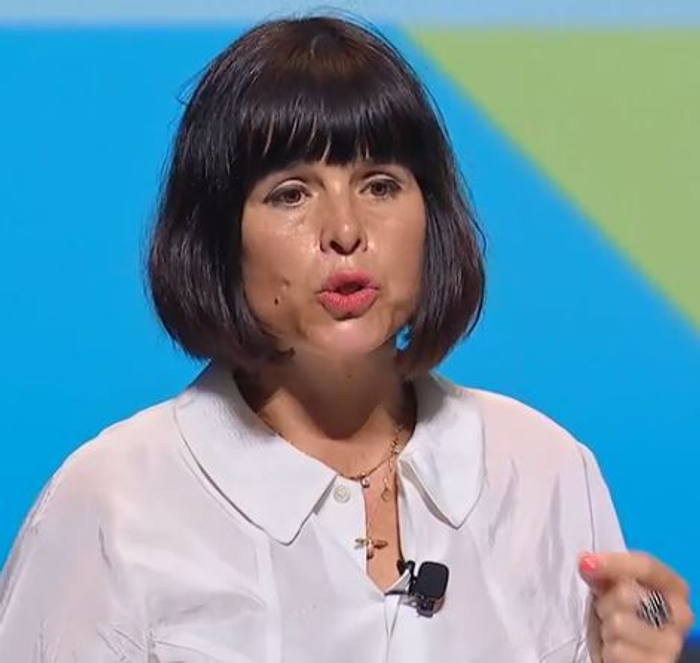 It all comes down to understanding which point in an ad will make the viewer’s emotions ‘climax’. This can be measured using technology and a variety of techniques such as EEG, biometrics such us ET or GSR, or facial coding, de Balanzo explains. The trick is to time the ‘brand reveal’ to the moment of peak emotion. Balanzo shared an ad for Lynx called ‘Boys Don’t Cry’, which she sees as “utterly great work”, to emphasise her point: in the ad, different people sit talking to the camera about the phenomenon of men crying. From de Balanzo’s charts, we can see that viewers’ emotional engagement peak when we see one man start to cry himself when he recalls seeing his father break down in tears.

“Neuroscientists have discovered brain cells in animals and humans that are very active through observational learning,” de Balanzo explains. “We see the guy crying and unable to talk — we can empathise. It doesn’t matter what he is telling us: your brain is able to decode and empathise with this person.”

Emotion always trumps information, de Balanzo continues, quoting the psychologist Daniel Kahneman: “Thinking is to humans as swimming is to cats. They can do it but they would prefer not to.” Her message to brands, therefore, is to keep things clear. “I plead with you to be very simple in your communications,” she says to the audience, “Because these brains have much better things to do than decode your communication.”

Taking up the thread about how campaigns can move beyond a message to make people feel and then act, Hakuhodo’s Kimura reminded the audience that our economy is driven by human desires, even though we’re only aware of them around 10% of the time. “We eat because we want to, we buy things because we want to own them.” Stories are another thing that drive desires, he continued: humans are the only animals, in fact, to believe in imagined realities.

This was a founding philosophy behind the highly successful Red Restaurants List, an award-winning campaign created by Hakuhodo Kettle to highlight the failing restaurants of one Japanese city, Takasaki, by gathering them all into a list and making the stories of their owners important again. While people might not want to visit deserted restaurants, he explained, they do want to visit restaurants that might disappear soon. The List won much publicity — and many visitors, and even successors, to the restaurants. “Something this campaign points out is a strong sense of community, finding local happiness just round the corner,” says Kimura. 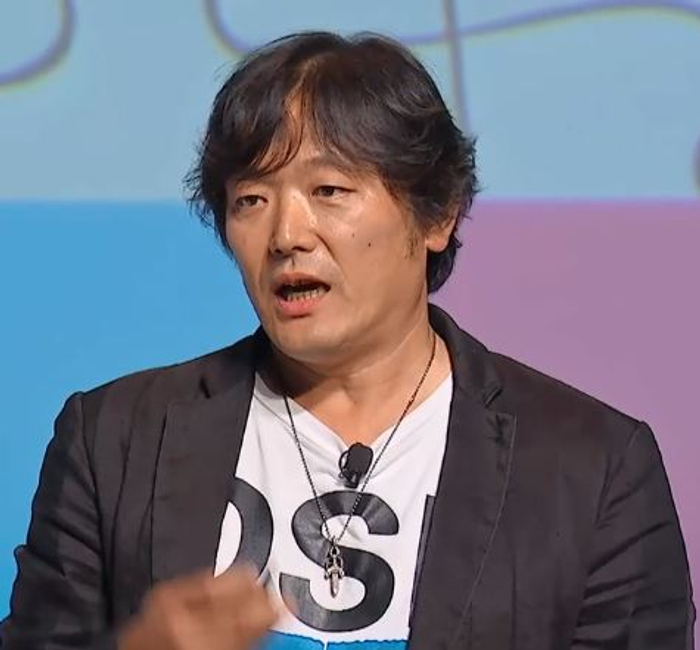 “I believe that this very human positive desire to help our neighbours will foster a better society.”

Our role in the age of AI and machines is to create stories that drive people to think and act on positive desires in this way, Kimura finished. “We humans have been called pathetic creatures, too easily driven by our desires, but on the whole, we are lovable creatures, eternally moved by positive human stories.”