The ninth edition of AD STARS (Busan Advertising Festival) was held on 25-27 August 2016. This annual award show, known as AD STARS and held in Busan, South Korea, has made its presence felt throughout Asia.

From Hakuhodo Group, Tomoki Harada, Senior Creative Director at TBWA\HAKUHODO, sat on the jury for the Direct, Media, Promotion and PR categories.

In his live webcast interview on AD STARS, he cheered up the young talented staff who are working to support the Korean advertising industry with the message: “Think huge. Craft delicately.” He also expressed his feeling that Japan should be inspired by the commitment of the Korean ad industry to making its presence felt across the globe.

“Can we have your advice for the young talented people working in the Korean ad industry?”
I was suddenly stopped by event staff (I was wearing a jury badge), and drawn into a live Facebook webcast.
“Think huge. Craft delicately.”
Another question followed: “Young people are concerned that a culture of working overnight is the norm in the ad industry, both in Japan and Korea. What do you think?”
Give me a break! Am I supposed to answer that question? So I replied,
“I work overnight from time to time. I’ve been in this situation for 20 years. But I haven’t quit the industry because it’s fun to work overnight. I can’t think of any other industry that would be so much fun.”
I still don’t know if it was the right answer, but I tried to give honest feedback as the question reflected a desire to improve the industry.
The Korean ad industry demonstrated its commitment to making its presence felt across the globe by not charging a judging fee to encourage entries and by inviting jury members from all over the world. I really felt that Japan should follow suit.
I was proud to see entries from TBWA\HAKUHODO
win one prize after another, along with the respect of jury members. The winning entries from Japan – “Life is Electric,” “Kawaii Miso Soup,” “Homeless Christmas Lights” – made me think once again that Japan excels in craft. The DNA of traditional craftsmanship has surely been passed on to us working in this industry. 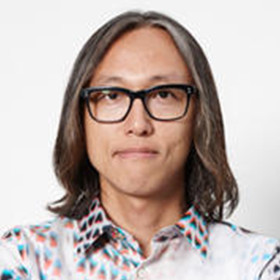 Tomoki Harada
Senior Creative Director
TBWA\HAKUHODO
Since joining Hakuhodo in 1996, he has won prizes both in Japan and overseas, including Cannes Cyber Lion in 2012, Cannes PR Lion in 2013, Spikes Asia Promo Lotus in 2013, and JAAA Creative Person of the Year in 2012. He served on the jury for the PR Category at Cannes in 2014.
At an AD STARS seminar, Woon Hoh, Regional Executive Creative Director at Hakuhodo Asia-Pacific (“HAP”) took the rostrum to speak about Hakuhodo’s “sei-katsu-sha” insight. 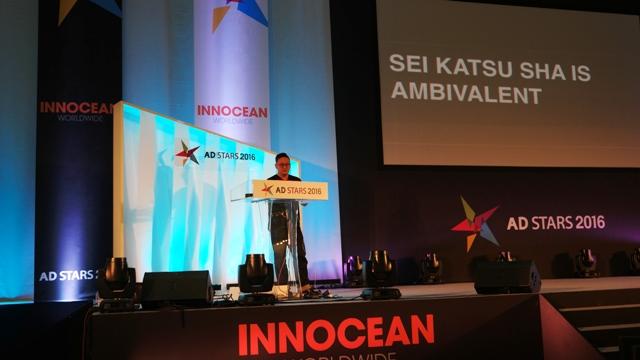 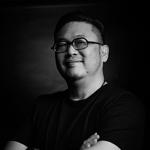 Woon Hoh
Regional Executive Creative Director
Hakuhodo Asia-Pacific
After graduating in 1992 from the Graphic Design School of Fine Arts in San Francisco, he gained working experience in top network agencies in Asia, including Hakuhodo Indonesia and Hakuhodo Bangkok, after stints at ad agencies in Beijing and Malaysia. Under his leadership as Regional Executive Creative Director, Hakuhodo Indonesia was always among the top 3 agencies in the country. Active in the development of talented young people, he won many prizes for the Hakuhodo Asia-Pacific team including at New York Festivals, London International Awards, AdFest, Spikes Asia and Cannes.

The first ad tech in South Korea was also held as a parallel event alongside AD STARS. Kazumasa Akiba, President & CEO at Hakuhodo Cheil, participated in a panel discussion. 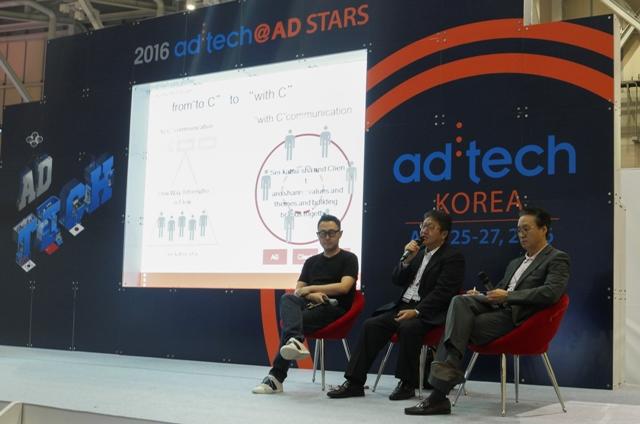 The very first ad tech in South Korea was held as a parallel event alongside AD STARS on 25-27 August. Three days of exhibition and 27 seminar programs in two days were organized for about 3,000 attendees. Each program was successfully executed with capacity crowds.

Akiba took part in the final panel discussion on the final day entitled “Future Agency in the Era of Marketing Convergence.”

The panel discussion was moderated by Sanghyun Park, Head of Marketing Technology at SK Planet, with the participation of two speakers: Justin Choi, General Manager at PengTai Korea, and Akiba, President and CEO at Hakuhodo Cheil.

The discussion focused on the future of the existing ad agencies in South Korea, China and Japan. In the exchange of views, Akiba explained the policy of the Group to address the whole corporate value chain, touching upon the new “vision” and “sei-katsu-sha insight” of Hakuhodo. 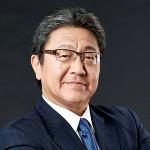 Kazumasa Akiba
President & CEO
Hakuhodo Cheil
Graduated from Waseda University in 1983, and completed the master’s course at Michigan State University in 1985. After joining Hakuhodo in 1986, he was assigned to the sales and international divisions at Hakuhodo Head Office before assuming the post of Vice-President at Shanghai Hakuhodo (China) in 2006. In 2010, he was appointed as President of Hakuhodo Communication Partners (China). He has been serving as President & CEO at Hakuhodo Cheil (South Korea) since 2012.