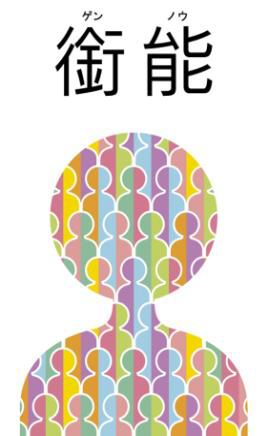 Relying on the Internet and smartphones, soaring numbers of sei-katsu-sha in China have, with little fanfare, been launching businesses and starting second jobs centered on their interests or special skills. Some of these enterprising sei-katsu-sha have spotted social needs overlooked by corporations and crafted businesses to fulfill them. As a result, the livelihoods of many people have started to improve. This movement has been triggered not by individual startups but by a multiplicity of simultaneous events, and the resulting cascade is beginning to reshape consumption behavior.

We coined the word Title Energy to describe the energy these men and women are bringing to the marketplace. Title Energy is set to propel transformations in sei-katsu-sha consumption behavior and furnish companies with the following new marketing perspectives:

(3) Formation of networks in consumer society driven by sei-katsu-sha—the birth of brand newsystems of consumption targets
Brand-new needs will likely promote networking among sei-katsu-sha, who are both sellers and buyers, as well as among sellers. Their action to re-bundle goods and services to suit new needs is expected to spawn a series of brand new systems of consumption targets.

Those sei-katsu-sha who pick up on social needs will have “titles” attached to their names to play a role in improving people’s livelihoods. A multitude of sei-katsu-sha who have earned titles will appear simultaneously in society to fulfill social needs in all sorts of domains. The source of this huge wave of renewal will be Title Energy.

Hakuhodo Institute of Life and Living Shanghai will continue pursuing research themes in this project, while observing, from unique vantage points, Chinese sei-katsu-sha and offering insights from new angles.

*2Sei-katsu-sha are more than simply consumers, just as people’s lives and lifestyles include more than just shopping. Hakuhodo introduced this term in the 1980s to emphasize its commitment to a comprehensive, 360-degree perspective on consumers’lives.

■About Hakuhodo Institute of Life and Living Shanghai

Hakuhodo Institute of Life and Living Shanghai, a wholly-owned subsidiary of Hakuhodo Inc. of Japan, is
a think-tank established in Shanghai in 2012 to serve the Hakuhodo Group in China.
Leveraging sei-katsu-sha research know-how amassed in Japan, the Institute supports companies’marketing activities in China, while developing local insights and making proposals on future ways of living in China.

The fruits of these activities are provided to customers through the Hakuhodo Group’s offices.
Some of the results are also made public via presentations of research findings, the Hakuhodo Institute of Life and Living Shanghai’s website, publications and other means.

The Dynamics of Chinese People is a joint research project conducted by HILL Shanghai and the Communication University of China’s School of Advertising that uncovers new sei-katsu-sha behaviors and desires and reports research findings. The Un-Framing Consumption findings are the project’s third set of findings, following its Whirlpool Creation findings in 2013, Information Bees findings in 2014 and “Un-framing Consumption” in 2015.