Now and then a simple gem of an idea can ignite a whole social phenomena, and that is exactly what Hakuhodo Kettle has created with their campaign to help businesses through the Red Restaurants List. 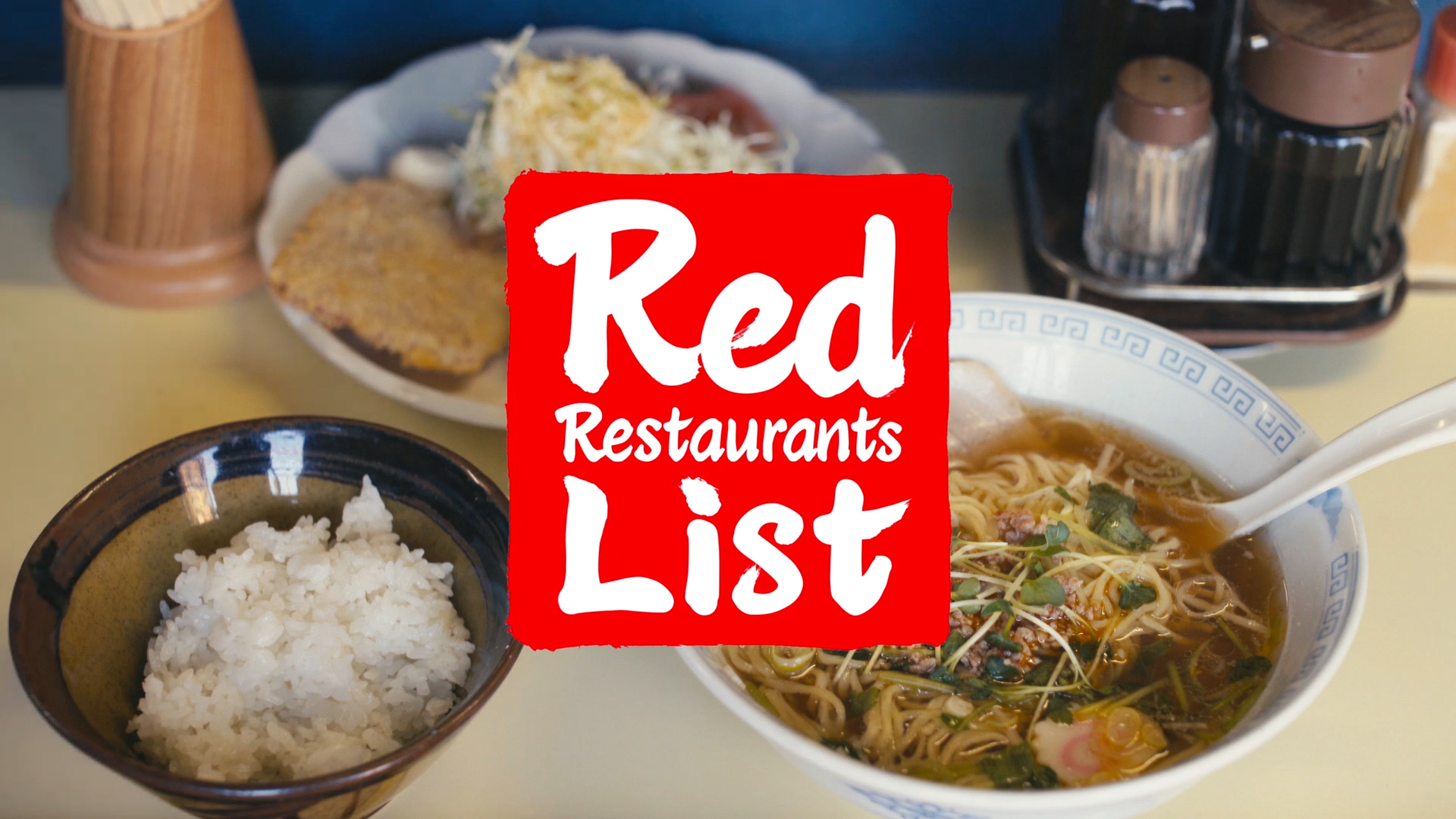 It’s no secret that Japan is a rapidly-aging nation, and this issue permeates through all levels of society. The effects are particularly noticeable in the provincial areas, as younger people are lured away by opportunities for study and work in the larger cities.

Japan is also known as a gourmet paradise, with a rich culture of traditional dishes and regional specialties. Of course, it has its fair share of the ubiquitous national restaurant chains, offering standardized, cookie-cutter dishes across the archipelago. However, as any foodie knows, you should seek out one of the small, owner-operated establishments to get authentic dishes served up with a side of local hospitality. Yet the average age of Japanese restaurant owners has now risen to 61 and the number of independent restaurants is shrinking.

The city of Takasaki in Gunma Prefecture is no exception. Although less than an hour away from Tokyo by high-speed bullet train, many restaurant owners are aging right along with their shops. Amid a decline in customers and with no prospects for successors to take over, some owners have had no choice but to shut up shop. As a result, local food culture and community ties are being lost.

Looking for a way to promote Takasaki, city officials reached out to Hakuhodo Kettle, hoping that the agency could “boil up” some innovation for them. “Things began when Takasaki came to us with a request for some kind of interesting ‘city promotion’,” explains Masanobu Hino, the producer of this project. “The original brief was for ‘a food-related website.’ However, we thought that nobody would be attracted to simply just another gourmet site.” 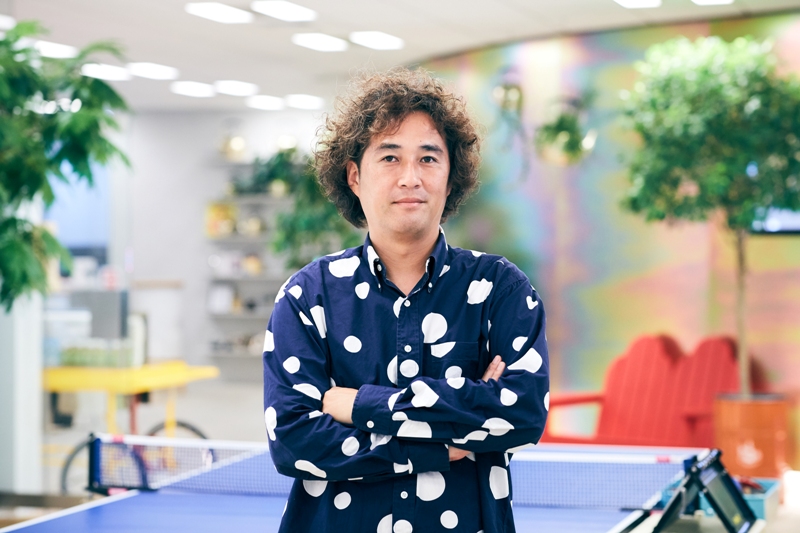 In fact, the creative team came up with an idea so hot that it literally set the national media aflame: “The Red Restaurants List.” Inspired by the IUCN’s Red List of animals and plants at risk of becoming extinct, Hakuhodo Kettle created the word’s first list of “endangered restaurants.”

The concept behind the list is deceptively simple—if you tell people they are in danger of losing something, then they’ll want to go there! Lead by Shota Hatanaka, the creative director of Hakuhodo Kettle, the team came up with a list of suitable candidate restaurants.

To make the inaugural Red Restaurants List in Takasaki, eateries had to satisfy four conditions:

Such places often do not have a website or any kind of online presence, and so it can be difficult to track them down. By putting the restaurants together on an easily accessible website, Hakuhodo Kettle has made it simple for both visitors and locals alike to look up the information.

The Red Restaurants List was quickly picked up by the media, and gained coverage on multiple platforms. TV stations and foodie websites helped to spread the word, and the list has now been published in book form and even become the basis for TV show.

The Red Restaurants List has helped Takasaki gain a reputation as a city that has done something creative and unique. Since its introduction in 2018, visitors to Takasaki have increased tremendously, and average restaurant revenues have risen by 30%. Moreover, some restaurants have even found successors willing to take over from the original owners, ensuring the establishment’s survival and success for the foreseeable future.

The concept has now spread to other areas of Japan, where local officials are eager to emulate the success that Takasaki has found with the Red Restaurants List. This dovetails perfectly with Hakuhodo Kettle’s vision for the project. According to Hino, the team have taken great care to create something that will be ongoing and have a lasting impact, rather than simply celebrating the campaign as a one-off success.

The creative industry has been taking note, too. The Red Restaurants List was the recipient of Third Prize (Public Relations) at the 2019 New York Festivals Advertising Awards, along with Lotus Roots, Gold (Brand Experience & Engagement, Direct x 2) and Silver (Media) at 2019 ADFEST. 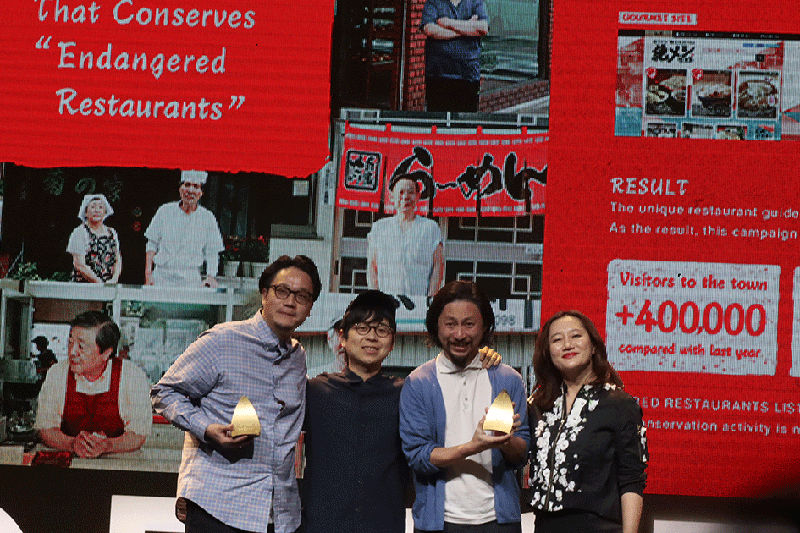 While the Red Restaurants List has helped to bring in tourists and promote Takasaki as an attractive destination, it has also enabled residents to find out about the hidden culinary treasures in their own backyards. When people frequent their local businesses, neighborhood bonds are strengthened and the whole community benefits. In fact, the Red Restaurants List may be considered a concrete example of SDGs (Social Development Goals) in action—people joining together in ways that help society as a whole.

The social benefits of the Red Restaurants List look set to expand as Hakuhodo Kettle works with other areas such as Ishikawa Prefecture and Yanagawa in Fukuoka Prefecture across Japan to roll out their own versions. In the meantime, however, most people are just happy to get great-tasting local food, and the restaurant owners are equally thrilled at the chance to serve more customers.