The Best Bootstrap Company award is presented to the up and coming team that demonstrates the greatest creativity and potential across all categories in the competition without having received significant funding. Held for the seventh time this year, the win by a Japanese company marks the first time an Asian company has been amongst the winners at the SXSW Accelerator competition.

The SXSW Accelerator competition is the marquee event of SXSW Interactive Festival, where leading startups from around the world showcase some of the most impressive new technology innovations to a panel of judges and a live audience. This year’s SXSW Accelerator competition drew entries from over 500 companies worldwide. SIX was the first Japanese company to pass the pre-event judging, being named a finalist in the Entertainment and Content Technologies category.

SIX President & CEO Takeshi Nozoe said, “It is very gratifying to be recognized not only for our technology and ideas, but also for our business instinct. We look forward to doing business around Lyric Speaker with companies around the world.” 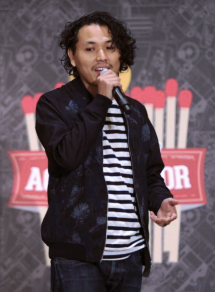 With the goal of providing music fans around the world with a next-generation music experience, SIX will redouble its efforts to actualize Lyric Speaker, and seeks business partners from around the world for a joint venture or other capital arrangement.

Lyric Speaker is a next-gen speaker that displays song lyrics in time with the tune. Its worldwide launch took place at The Big Parade, a music festival for the digital generation held in Japan in September 2014. Select and play your favorite music from a mobile phone or device and the lyrics will display automatically with beautiful motion graphics on the translucent screen built into the speaker.

Recently, the spread of digital downloading of music has made it easy to enjoy music anytime, anyplace. But this has also reduced the need for lyric sheets like those found in records and CDs, limiting opportunities to really read and enjoy song lyrics. Lyric Speaker is a platform for just such enjoyment of lyrics. 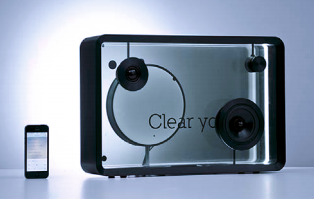 SIX Inc. is a creative agency that creates new relationships between brands and their users.

Media and social structures are evolving rapidly, and brands seem to constantly be on the back foot. SIX’s blueprint for success is to develop new content and services and even completely novel ways to keep brands in Sync with the times, Ignite fervor among new fans, and move on to eXplore the next level, without being beholden to traditional advertising methods. SIX’s six creative directors have won over 30 Cannes Lions and over 250 international advertising awards between them in the past three years.

SXSW is one of the world’s largest music, film and technology festivals. It is held every March in Austin in the US state of Texas. Inaugurated in 1987 as a music festival, the film and interactive festivals were added in 1994, creating a unique meeting place for people from various industries and forum for the exchange of ideas and mutual enhancement of creativity. Drawing upwards of 30,000 participants in recent years, the event also draws attention from entrepreneurs and venture capitalists. Many services, including Twitter, have become world-wide hits after being showcased at SXSW.