Hakuhodo has declared its commitment to using its creativity to provide society with new value. However, the creativity that underpins this has until now been communicated indirectly and rarely expressed in words. In this series entitled Unwrapping Hakuhodo’s Creativity, we examine why Hakuhodo has creativity though various keywords that are rooted in Hakuhodo’s DNA and culture. In this second article, we talk to Hakuhodo Corporate Officer and Hakuhodo Kettle Creative Director Koichiro Shima about Hakuhodo’s unique ways of bringing forth creativity. 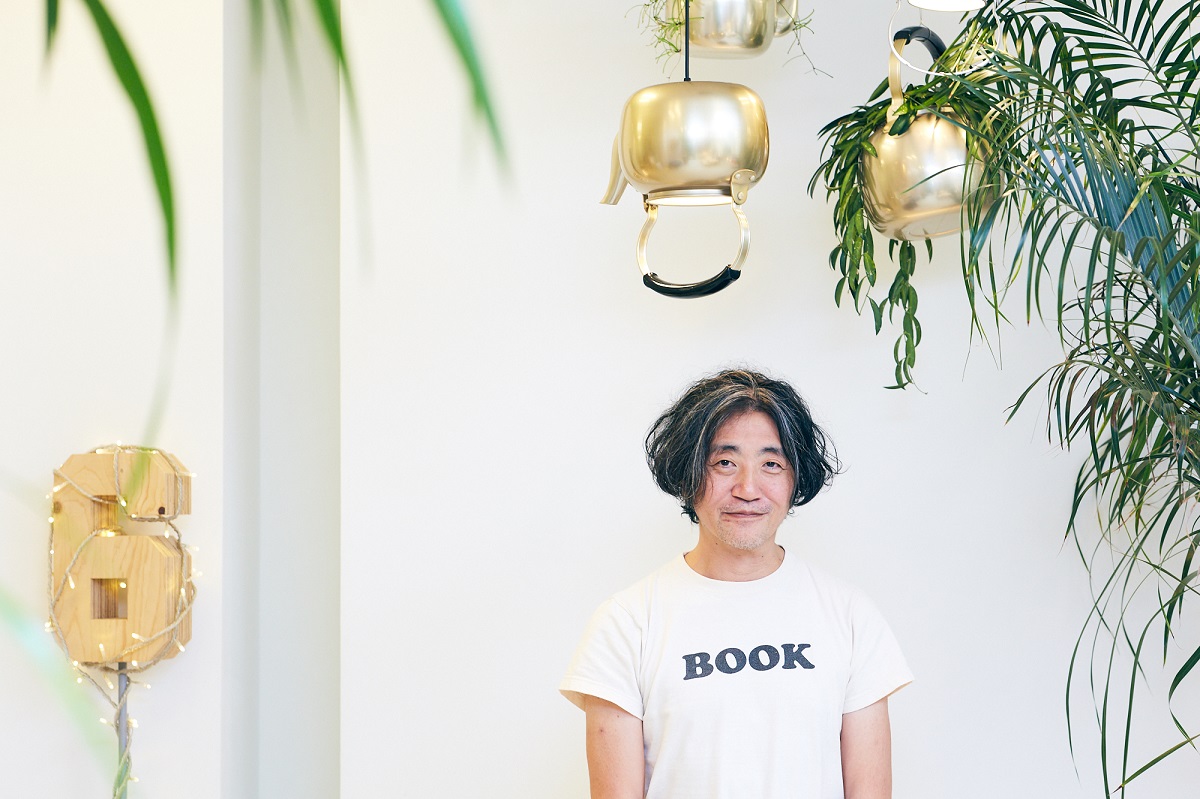 Hakuhodo has declared proposing “Unimagined Ways” that break with convention as its brand of creativity. How do you define Unimagined Ways?

In short, Unimagined Ways are alternative solutions that make you go “I wish I’d thought of that!” I think that pursuing Unimagined Ways rather than conventional solutions is symbolic of Hakuhodo’s unique approach to creativity.

In general, the more steeped in an industry or field someone is, the harder it is for them to step away from its conventions. However, good ideas often come from things totally unrelated to the matter in question. Once, a railway company successfully reduced the noise the shinkansen makes by adding forms mimicking the noise-dampening feather parts of an owl to the train’s pentagraphs. Apparently this came about because one of the company’s employees, a member of the Wild Bird Society of Japan, wondered why owls can fly so quietly at high speeds. While there were no clues to the solution to be found just looking at the pantagraph, a hint from left field actually led to the solution.

To a pantagraph specialist, studying owl wings would probably have felt like a waste of time and pointless. But just keeping researching pantagraphs would surely only have realized incremental improvements. This is an example of coming up with an Unimagined Way that no one foresaw by adding knowledge and information that at first blush might’ve seemed superfluous.

I call the ability to leverage such seemingly irrelevant insights “left-field ability,” and think that Hakuhodo is a company that is amazingly good at this. We continue to deliver Unimagined Ways from what at first glance seem to be unrelated things. This, to me, is one of the things that distinguishes Hakuhodo’s creativity.

Unimagined Ways will be essential to opening up the coming age of uncertainty. Conventional solutions are nothing more than answers easily imagined from what has come before and with them you can’t expect to paint a picture of an unimagined future. 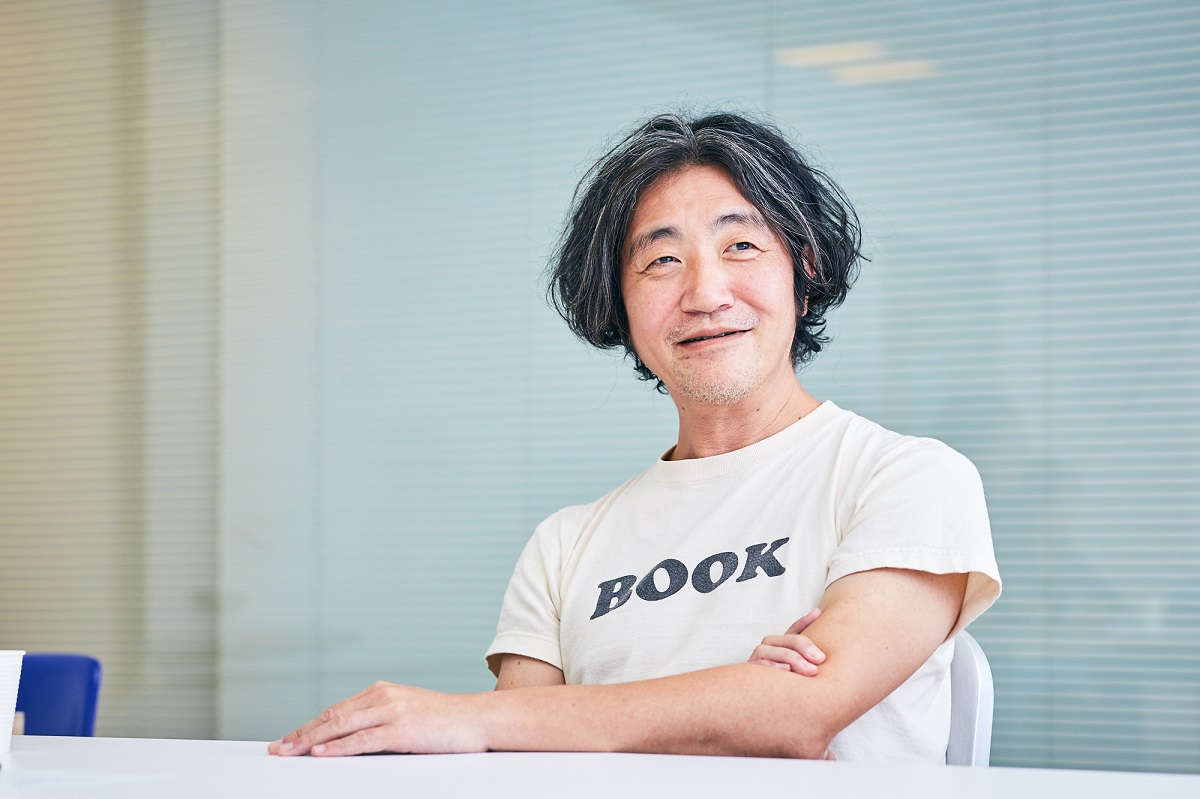 What makes you sure that that kind of creativity exists at Hakuhodo on an organizational level?

At the foundations of Hakuhodo’s creativity is diversity. Entrenched in the company’s DNA is an ethos of valuing the eclectic over the generic. This corporate culture of respecting different personalities and diverse value systems is deeply rooted throughout the company, from our frontline work to our recruitment policy.

But simply bringing together people with a variety of points of view alone will not generate ideas and innovations. It is by having the eclectic—or a diversity of different elements—pit their different opinions and values against each other that dramatic changes to occur. New ideas that have never been seen before only come from having elements as different and as diverse as possible working together within the team, pitting their value systems against each other time after time.

We have conducted such sessions innumerable times and know the kinds of team members that are best for teams for everything from running the company to running a meeting. It is this that has led us to value a corporate culture in which diverse personalities are able to be who they are. We respect and envy people who have different worlds to our own. We don’t deny other people’s opinions and do not have a culture of telling people the “right” answer. It does not matter in the slightest your age, how long you’ve been with the company or what you’ve achieved; the most admired person is the one with the biggest ideas.

Maintaining an organization in which different elements exist together like this is not easy. Generally, team-building tends to bring together people with similar values who are heading in the same direction. Such organizations are efficient and comfortable, after all. But we instinctively know that even if it looks inefficient at first glance, an organization where “left fielders” are each free to climb the mountain however they want will ultimately enable us to hit upon great ideas.

So it is not diversity itself that’s important, but having sessions in which diversity is pitted against diversity?

People say that Hakuhodo has a lot of odd people, but that is not the whole truth. Our strengths are the fact we respect different values and are fully versed in ways of pitting them against each other, and this experience supports our organizational creativity. Outwardly, there are probably many companies that have assembled more diverse workforces than Hakuhodo. But not many of them will mash up their talent in various teams throughout the company for each one of their countless projects like we do.

However, this is something that has continued throughout Hakuhodo’s long history as tacit knowledge, although it has rarely been talked about. This environment is so much par for the course that some employees are not even aware of it. But having declared our commitment to shaping the future with creativity, we now need to articulate what that is, refine it further and have external parties that we encounter for the first time understand us. I believe that articulating our creativity is a major undertaking and look forward to taking on the challenge. 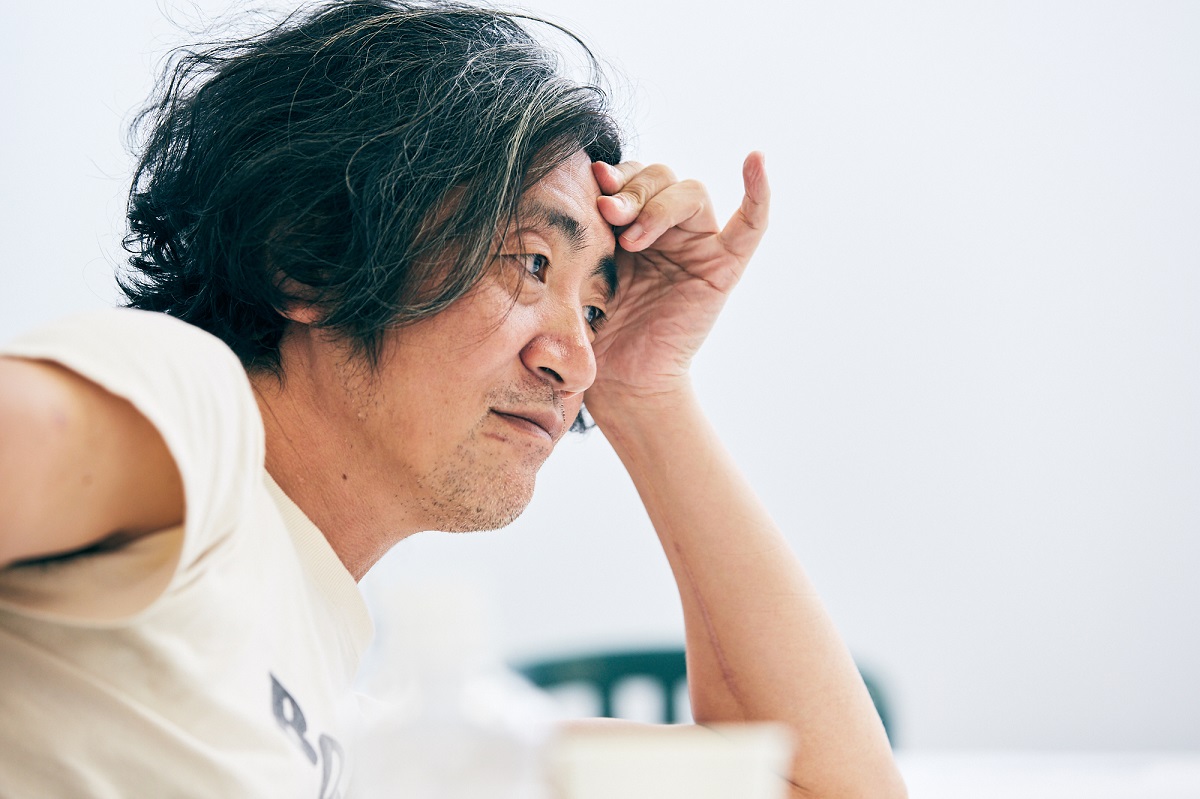 What are you particular about in terms of your own creativity?

I always say that everyday things that somehow don’t feel right are important. For instance, the “Ohitorisama shijo” [singleton market] is widely recognized in Japan as a growing market, but this concept was put forward in 2005 in a book by a journalist called Megumi Ushikubo. She became aware of the market after she happened to hear one of her friends, a French chef, mention that although French cuisine is something that couples tend to come for, recently women had been coming on their own. At the time, French food, yakiniku and karaoke were considered things you did with someone else. But there are at least a few people that want to do these things alone. From a friend’s trivial sense that something was a bit off, she discovered the fetal movements of a new desire in society. By putting this forward as the “Ohitorisama shijo,” an actual market was established, and the general perceptions of society also changed significantly.

The Japan Booksellers’ Award, which I was involved in as one of the originators, also started with a feeling of something not quite right. At the time, I was working on a magazine published by Hakuhodo called Kohkoku, and when visiting bookstores to promote it, I often heard bookstore employees saying, “If it was up to me, I’d have chosen this book for the Naoki Prize [a Japanese literary award].” It was something that felt was not quite right to them. When I heard that, I thought that if we created an award chosen by booksellers, we might have bestsellers coming from the shopfront. I didn’t initially imagine that the award-winners would go on to become runaway hits across the board.

Even if it ends up being wasted effort, putting energy into identifying instances of something not feeling quite right is extremely important to the task of generating innovations. Toward this, it is better to have rich stocks of pointless information. The process of exploring the fringes that no one else is paying attention to and constantly absorbing information that you don’t yet know have a use for is essential.

I think that it’s not just me but all of us at Hakuhodo who are prospectors of fringe information. Lots of us are at the fringes looking for scenes that at first glance may seem completely meaningless and for information from places that other people might see as fringe that could end up changing the world. We think that if we keep studying the content of people’s refrigerators, for instance, we might find something. We have trained ourselves to discover the fetal movements of new desires in the minute details of people’s behaviors that would ordinarily be overlooked. After all, innovations never come from the mainstream.

But there’s masses of information at the fringes. How are you able to single out that one kernel of information that could lead to something and generate ideas and innovations from it?

That, I believe, is because everything we do is based on our Sei-katsu-sha Insight philosophy. Rather than thinking about how to sell this product or service, we look at what real sei-katsu-sha living their lives want and consider what new needs or hints of future lifestyles can be discerned in that. Constantly observing sei-katsu-sha and looking for hints in them is a habit that is bred in the bone. No matter what the fringe, we are there exploring it with sei-katsu-sha insight.

Besides your work as a creative director, you are invariably involved in genre-crossing work, including editing a magazine and managing the bookstore B&B. Are these activities related to your creativity, too?

I create commercials, run events, create magazines and make radio programs… To me it just feels right to do all these totally different things at the same time. I’m the sort of person who gets excited seeing lots of trains running at the same time. [Laughs]

It’s actually better to do lots of pointless and superfluous things. It helps me hone my “left-field ability” and the pitting of values happens within me, which can lead to coming up with new things. When I do all kinds of work horizontally, it often turns out that ideas from work I’m doing in one place are useful for work I’m doing in another.

I think that in the future, we should utilize the power of sessions for generating creativity that we have honed over time at Hakuhodo more when we build teams with external parties, too. I think that imbuing the Central Dot—the symbol of our new visual identity—with the meanings “starting point” and “point of interconnection” does exactly that. There are social issues that cannot be solved by Hakuhodo or our clients alone, so Hakuhodo should connect someone with something. By linking people from completely different industries and specialists from totally different fields and pitting their differing conventional wisdoms and worldviews against each other, we will discover solutions that did not exist before. I believe that the world is looking to Hakuhodo to expand our brand of creativity in society in this way. 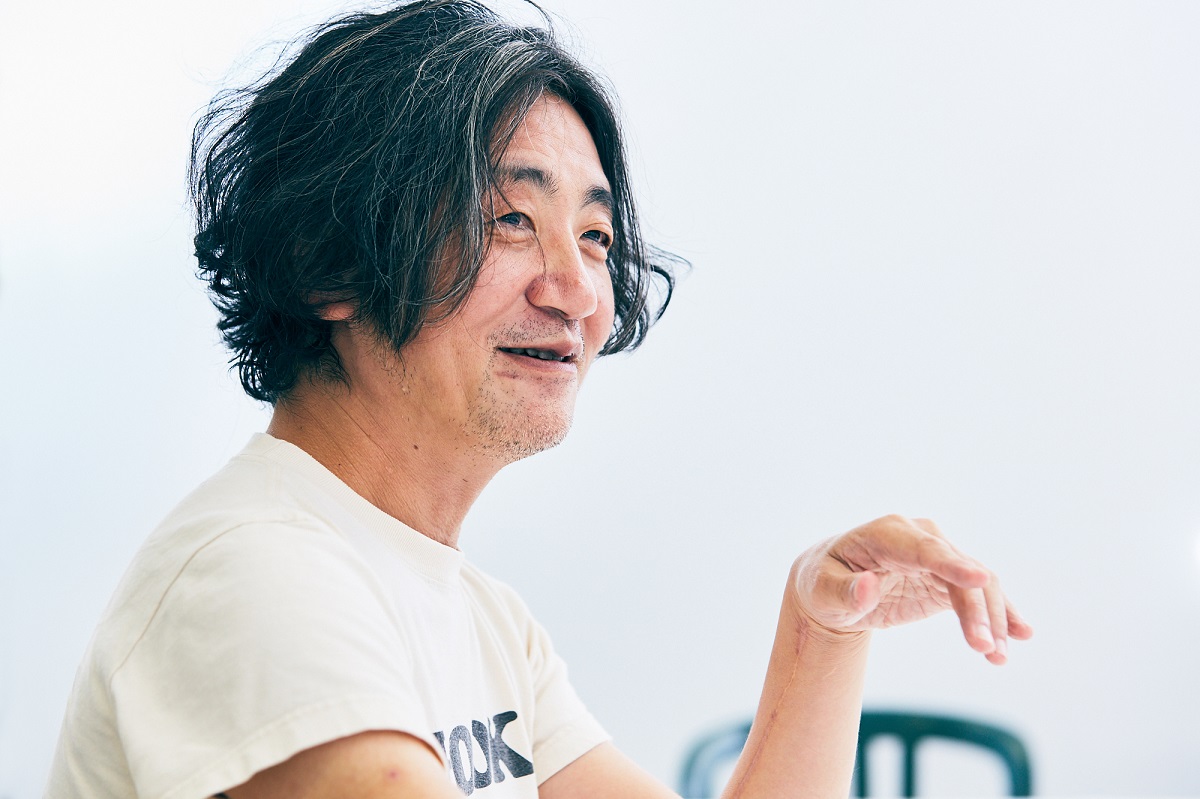 Koichiro Shima
Corporate Officer, Hakuhodo Inc.
Creative Director / Editor, Hakuhodo Kettle Inc.
Koichiro Shima joined Hakuhodo in 1993. He was Editor in Chief of Hakuhodo’s Kohkoku magazine from 2002–2004. He was instrumental in establishing the Japan Booksellers’ Award in 2004. In 2006, he established Hakuhodo Kettle, and has carried out numerous integrated campaigns there. He is also involved in content work, including for the magazine Kettle. He has served as a jury member at many advertising competitions, including Cannes Lions International Festival of Creativity.
SHARE
Back to News & Insights