On June 14, 2016, Future Catalysts, a joint project between Hakuhodo and Ars Electronica, a media-art cultural institution based in Linz, Austria, held a “Community Creation Forum: Creative Cities for the Future” at the Headquarters of Hakuhodo in Akasaka, Tokyo to share knowledge, insights, and concrete solution ideas on new approaches to “local community creation.”

The main guests at the “Community Creation Forum: Creative Cities for the Future” included Klaus Luger, Mayor of Linz, Austria and Gerfried Stocker, Artistic Director at Ars Electronica based in Linz.

Linz, Austria is known throughout the world for actively bringing benefits to the local community, including the development of industry, education, employment and a diverse society, leveraging its artistic culture and cutting-edge technology as core competencies. Those achievements helped the city be selected as Cultural Capital by the European Union in 2009 and one of the Creative Cities – City of Media Arts by UNESCO in 2014. The city also attracts keen interest from Japanese municipal governments.
As a cultural institution owned by the municipality of Linz, Ars Electronica has played a pivotal role in the development of the city. 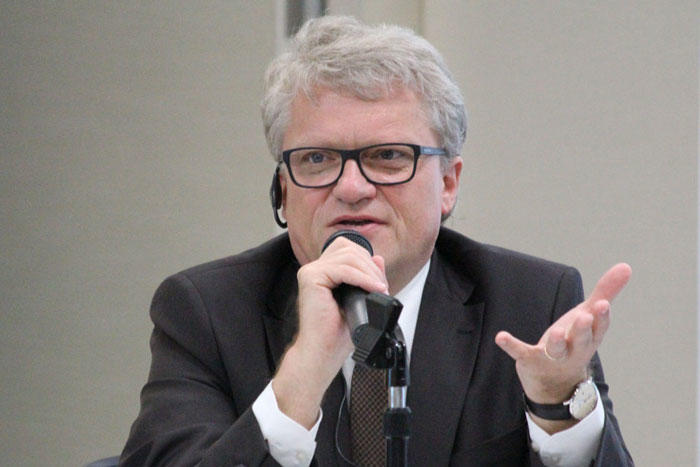 Mr. Luger opened Part 1 of the Forum entitled “Creative City Strategy for the Future” by reviewing how the city of Linz, now known worldwide as a forward-looking creative city, was plagued in the 1970s by a myriad of serious social problems including the decline of industry, high unemployment and environmental pollution. He told us that the “integration of the soft power of broad artistic culture, as well as hard power” was one of the major reasons why the city has succeeded in overcoming the crisis and developing the local community, including the local economy. “It is important for every citizen to embrace change with an open mind.”

For his part, Mr. Stocker made a presentation on concrete efforts such as art festivals, international competitions and the operation of a cultural center based on the concept of “future school,” as well as the role that such activities can play in building a local community. Here again, “open” was the keyword. He expressed how important it is to create an “open opportunity,” where citizens can directly touch and feel the emerging creativity and evolving technology.
As these efforts bear fruit, many of the young people in Linz now have a positive vision of local industry revitalization, new industry creation, and most importantly, the future. 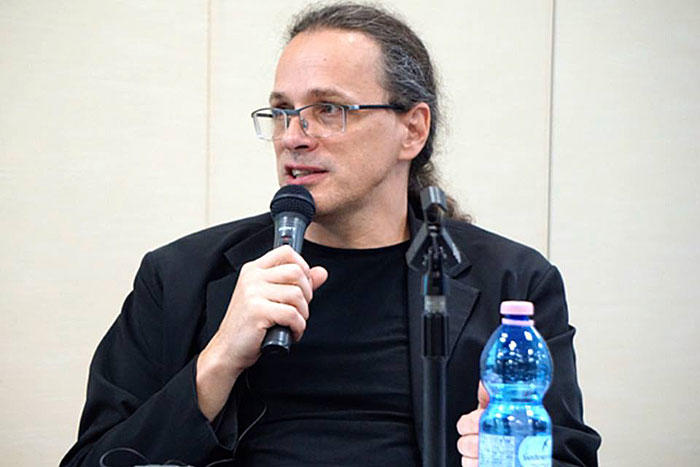 In Part 2 of the Forum entitled “Art × Technology: Power of Creatives to Make a Difference,” we had an open discussion with the participation of the two guests and Yuko Ishiwata, Director at Arts Council Tokyo for Olympics/Paralympics Cultural Strategy, and moderated by Kazuhiko Washio, Creative Producer at Hakuhodo & Project Leader for “Future Catalyst,” a joint project between Hakuhodo and Ars Electronica.
The panelists shared critical aspects of future community development, such as “nurturing open citizenship,” “collaborative schemes with governments and citizens,” “existence of a bridge between culture and the economy” and “efforts to support citizens’ creativity.” The discussion also considered the challenges to be met by Tokyo and Japan in general, and possibilities for the future.

Washio summed up the Forum as follows:
“Although people characterize the current situation as a ‘mature society’ or ‘stationary phase,’ I believe that this is an era of promises when new life values and new social systems are being tested, waiting to be born. This Forum was made possible by the partnership between Hakuhodo and Ars Electronica. I look forward to creating more opportunities for Japanese communities and sei-katsu-sha to discover brand-new values, with inspiration from the outside world.” 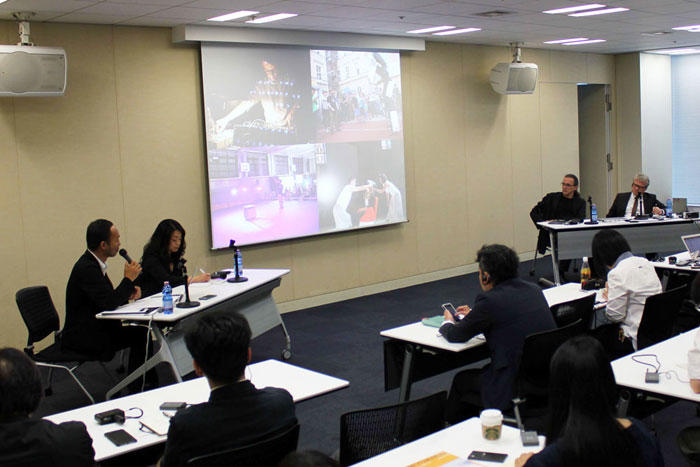