Devising new forms of fun and learning with Placeholder 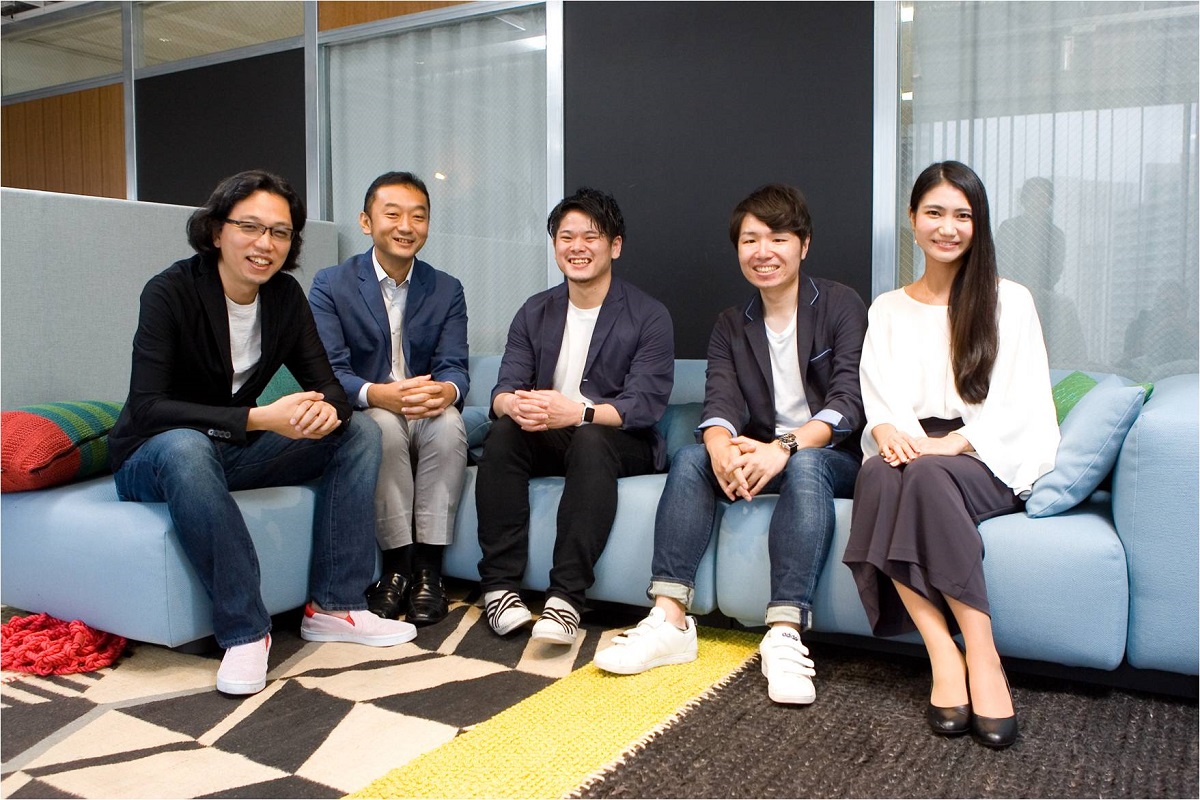 Hakuhodo’s Research & Development Division has recently initiated a joint research program on augmented reality (AR) and virtual reality (VR) with Placeholder, Inc., a developer and creator of interactive attractions.
This joint research program originated in a pilot project entitled Spray Painting/Digital Graffiti implemented at Open! SUNDAY 2017, an office open house for family members of Hakuhodo employees held at Hakuhodo’s offices at the end of August. Several people involved in the project recently got together to look back on it and discuss their ambitions for the future: Makoto Fukuyo, Yosuke Kinoshita, and Honmaru Michido of Hakuhodo’s Research & Development Division, and Takashi Goto, CEO of Placeholder, and Saori Isshiki of the company’s facility operations department. When attractions of lasting effect in creating brand fans are combined with experience creation, on which Hakuhodo is now focused, what synergies will they produce?

The joint research contract negotiations came together in double-quick time

GOTO: Placeholder was founded last September. We basically build interactive attractions for kids around AR and VR technology. We make it our mission to develop new ways to play and learn by combining cutting-edge digital technology with the analog.

I’ve always loved theme parks, and I was interested in whether today’s theme parks could be translated into digital. Then I found out that playgrounds for kids had been steadily disappearing from nursery schools and parks and public facilities in Japan. So I started wondering whether there was a way to create the kinds of opportunities to play and learn that we once enjoyed. That gave me the idea of establishing a business focused on creating attractions where kids could get carried away having fun. 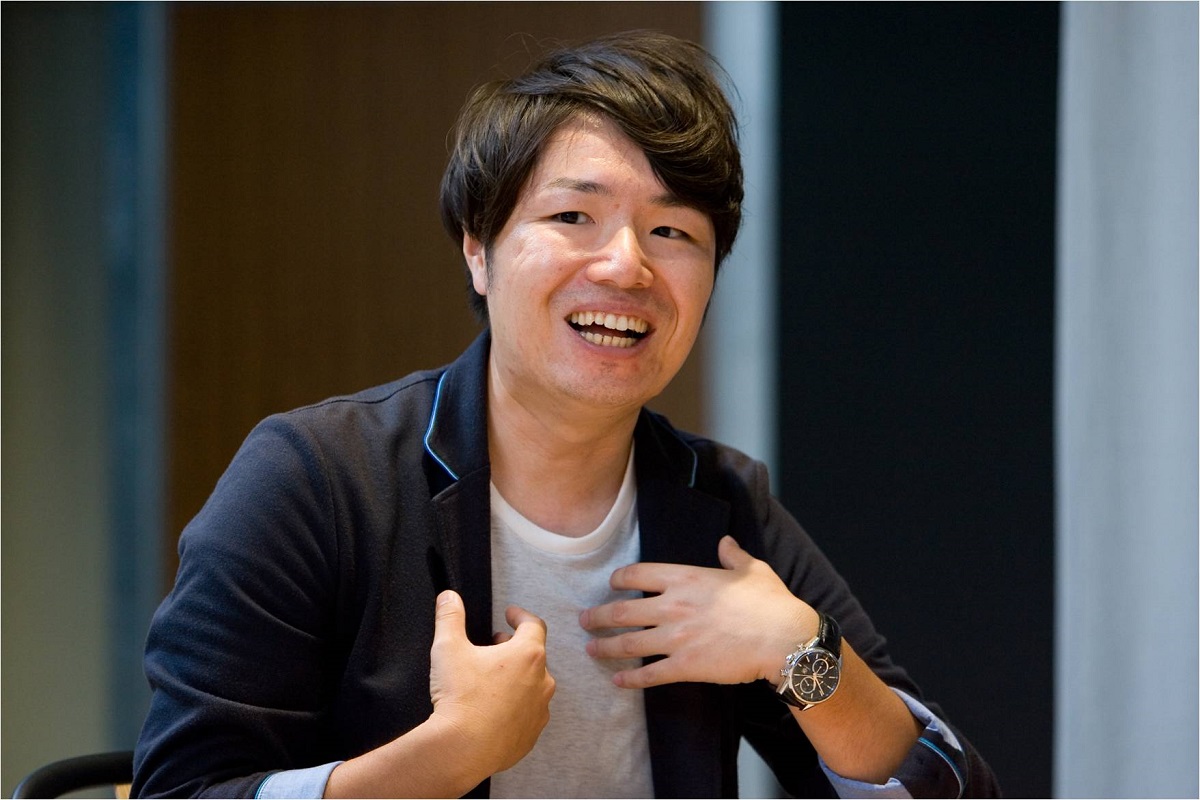 MICHIDO: I’m a member of the Research & Development Division’s Kinoshita Group, and I usually work in the creative technology field on prototype development and stuff while doing basic research on demand trends and marketability.

Digital technology improves work efficiency, for example, but by the same token it shrinks things, right? To put it in simple terms, with the advent of online shopping people have stopped going out to shop, and neighborhood shops are disappearing. But what’s really fun when you drop by a store is the little things you experience there, like playing with the store’s pet dog. Stuff like that never happens in the shrinking digital world, and that makes things less fun. So it occurred to me that augmenting experiences with AR and VR might be one way to develop or mold character.

FUKUYO: As the manager of Fukuyo Group, I’m working on developing an end-to-end approach to technology-based marketing, basic and applied research for creative, and service applications.

My first encounter with Placeholder was actually at the end of May at an event in Shinagawa, which I dropped by during my private time. This was a technology festival called Shina Tech Marche. One booth was really packed: there was a whole bunch of kids there. They were all smiling and seemed to be having a great time, so I immediately tried out what was on exhibit myself. And then it struck me that this attraction was just the thing to make possible what I’d constantly envisaged, edutainment—a portmanteau of “education” and “entertainment”—in other words, learning while having fun, learning while experiencing. So I immediately approached them. 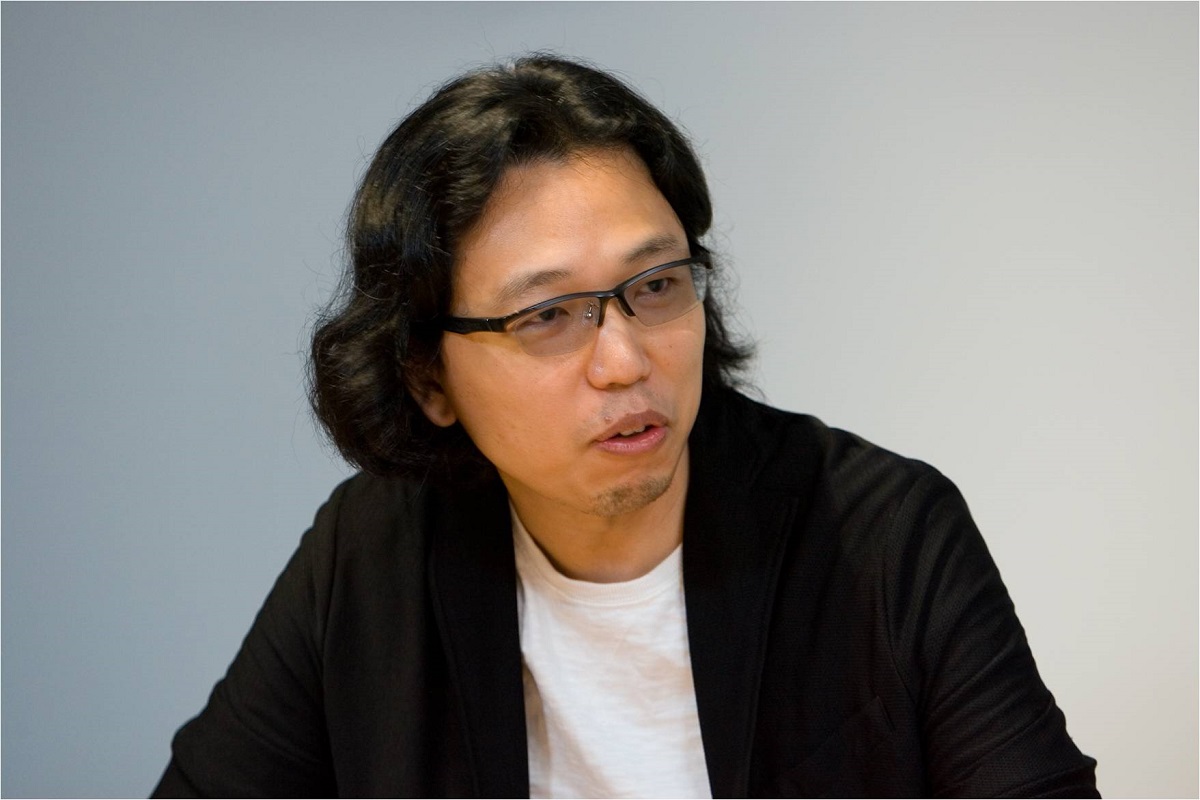 KINOSHITA: I too am with the Research & Development Division, and usually I conduct research on sei-katsu-sha behavior as seen in media and content trends. Media consumption by sei-katsu-sha—our term for consumers with a heartbeat—has been changing a lot lately, and we analyze user data and users’ psychological state at the request of clients. Well, I’d long been wondering whether those findings could be digitally or technologically enhanced to create some new kind of experience.

Another thing: everyone these days is spending more and more time in the digital world, on their computers or smartphones, but there are still precious few solutions that deliver new digital experiences there. On the other hand, past findings from research on the content business demonstrate that real experiences like live events affect people emotionally and make them willing to spend money or want to play with new content. So I thought that maybe what’s now needed is a combination of a place to have real experiences and digital elements.

And that’s when Fukuyo-san bumped into Goto-san [laughs]. I immediately asked him to introduce us so we could talk about doing joint research. 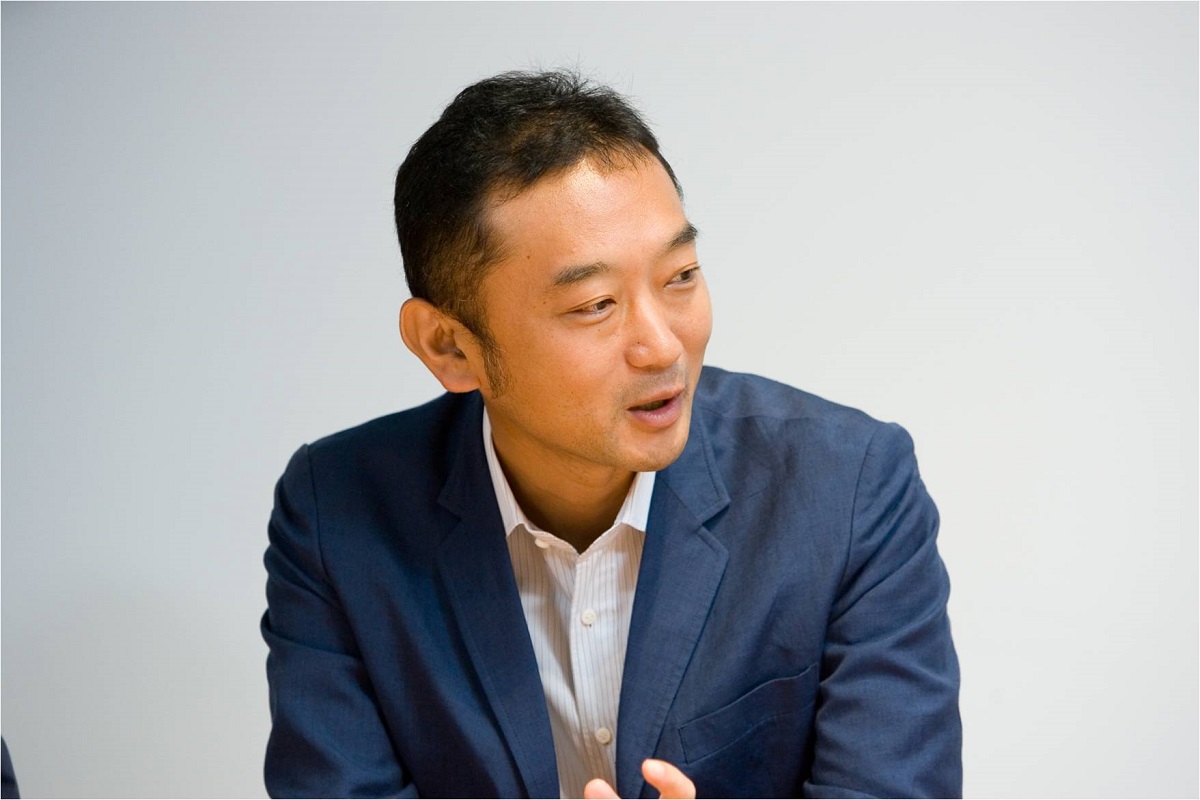 GOTO: Fukuyo-san casually dropped by early on a weekend afternoon just like an ordinary customer, so I never dreamed that we’d end up exchanging business cards and things would turn out like this [laughs].

I then paid a visit to Hakuhodo and talked over various matters with the people on the team, and things came together double-quick from there.

FUKUYO: Specifically, we concluded an agreement on joint research on interactive attractions in the AR and VR fields. Our goal is to carve out a new market in the creative technology field by sharing and combining the assets of the two companies. We won’t just do research, of course, we’ll also jointly develop solutions, which we envisage offering to companies for their marketing activities.

As we were working on the contract, an event called Open! SUNDAY 2017, an office open house where Hakuhodo employees and their families visited the company on a Sunday to get to know each other better, happened to take place. The timing was right, so we unveiled the pilot project Spray Painting/Digital Graffiti there. That was at the end of August, which come to think of it was only two or three months after we first met [laughs].

GOTO: I think speed is of the essence for a venture firm, so we were really grateful. It would only be natural to think twice before dealing with a startup like ours that’s been in business for less than a year, so it was really surprising how quickly Hakuhodo moved things along.

The Open! SUNDAY attraction that thrilled kids and grownups alike

ISSHIKI: I’m with Placeholder’s facility operations department, but before I actually worked for seven years as a kindergarten teacher. Drawing on that experience, I now consider how to run facilities through children’s eyes, educate cast and staff, whom we call “navigators,” and advise how to create a fun, exciting experience so visitors go home satisfied.

I was present at the Spray Painting/Digital Graffiti attraction at Open! SUNDAY 2017, and kids really enjoyed themselves playing there. The experience involved digitally coloring with spray paint. Most of the kids, I imagine, had never colored with spray paint before. It was striking to watch them totally absorbed in experimenting with what color was produced by mixing what color with what color. 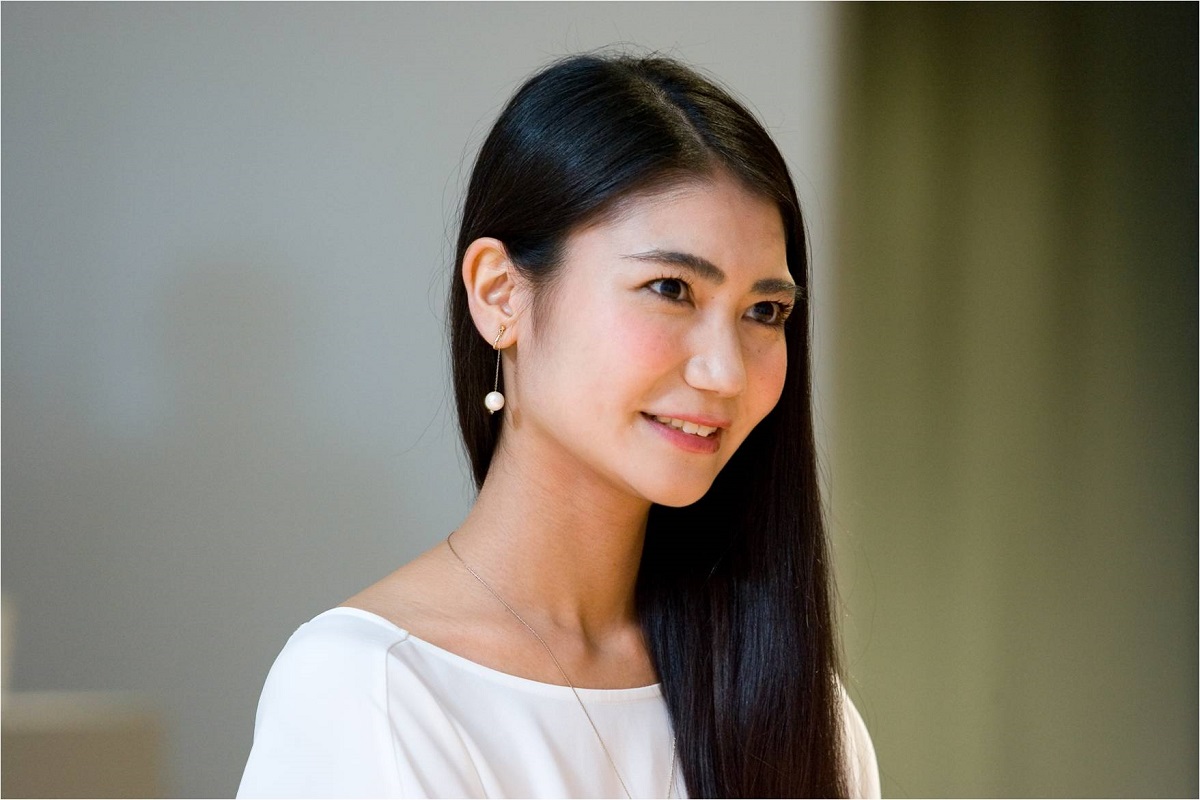 KINOSHITA: Well, according to one school of thought it’s hazardous for children to touch spray paint. Watching kids having such fun playing with spray paint drove home to me how kids these days are so hemmed in by rules against doing this and doing that because it’s dangerous that they seldom have the chance to try new experiences.

GOTO: Certainly, some customers say they don’t want their children touching it because it’s hazardous, but conversely there were also those who said they wanted the device then and there. How much was it? Better than having doodles all over the house. [Laughs] 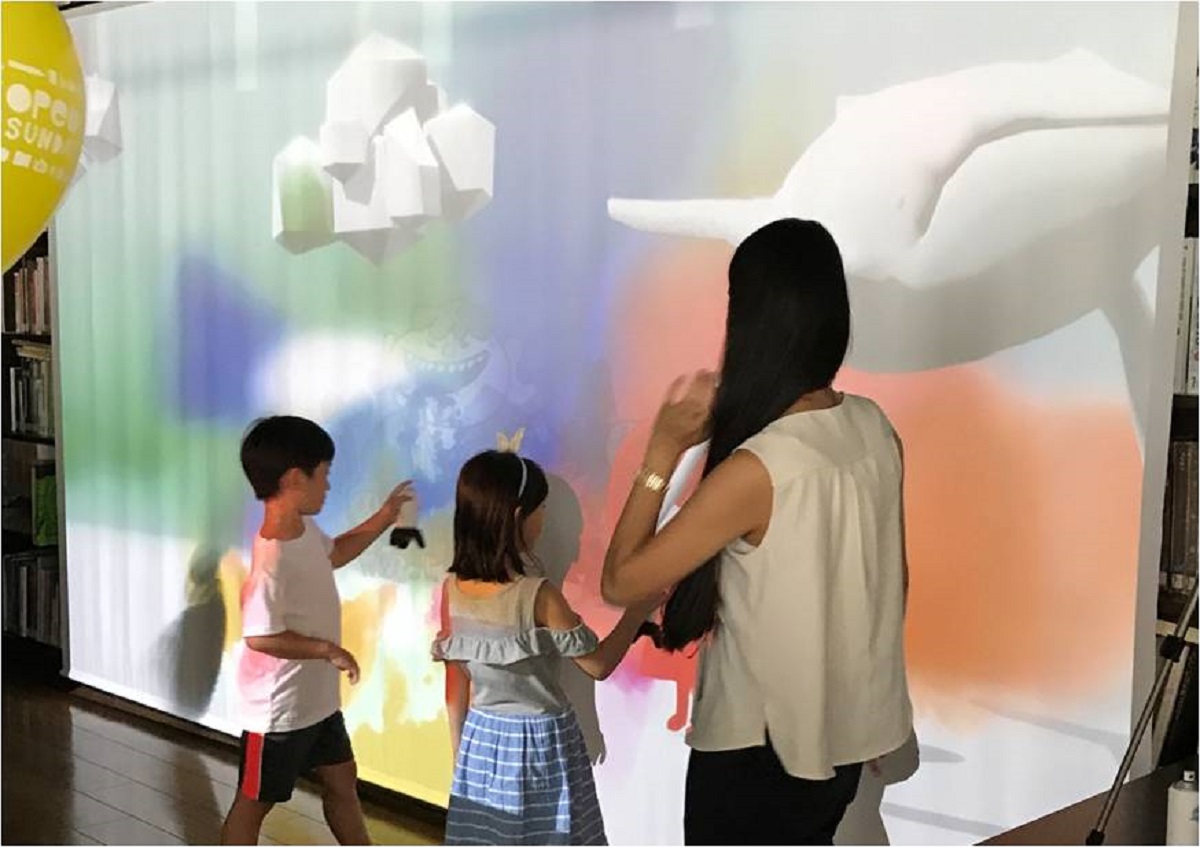 The attraction at Open! SUNDAY

MICHIDO: The attractions that Placeholder designs—and this holds true of the spray paint attraction as well—let children actively move around and enjoy themselves naturally. Most technology events, I feel, are experiences for the sake of technology, if you like; they forcibly graft the technology onto the attraction just to make use of it. Placeholder’s attractions are different. There’s something fundamentally playful about them, like the pleasure of coloring with spray paint, or the fun of digging in a sandbox and striking water. What I found incredibly neat was the way really small children could give free rein to their curiosity by touching and pushing and doing stuff like that.

GOTO: Another thing I noticed at the event was how, surprisingly, adults too were having fun alongside their kids. I have a feeling that family fun is going to be a major key down the road.

The growing potential of entertainment coupled with education

GOTO: A limited-time AR and VR theme park called Little Planet [link in Japanese] opened on Thursday, October 26 at LaLaPort Tachikawa Tachihi shopping mall. This consists of six basic attractions: Sand Party!, an AR sandbox; Spray Painting, for digital doodling; Draw Your World, a weird and wacky coloring book; Planet Portal, where you can experience original 3D avatars; Paper Rikishi, digital paper sumo wrestlers; and Little Builders, a set of AR building blocks. In addition, limited-time attractions and workshops and all kinds of other content are in the works. We hope lots of families will come to have fun. 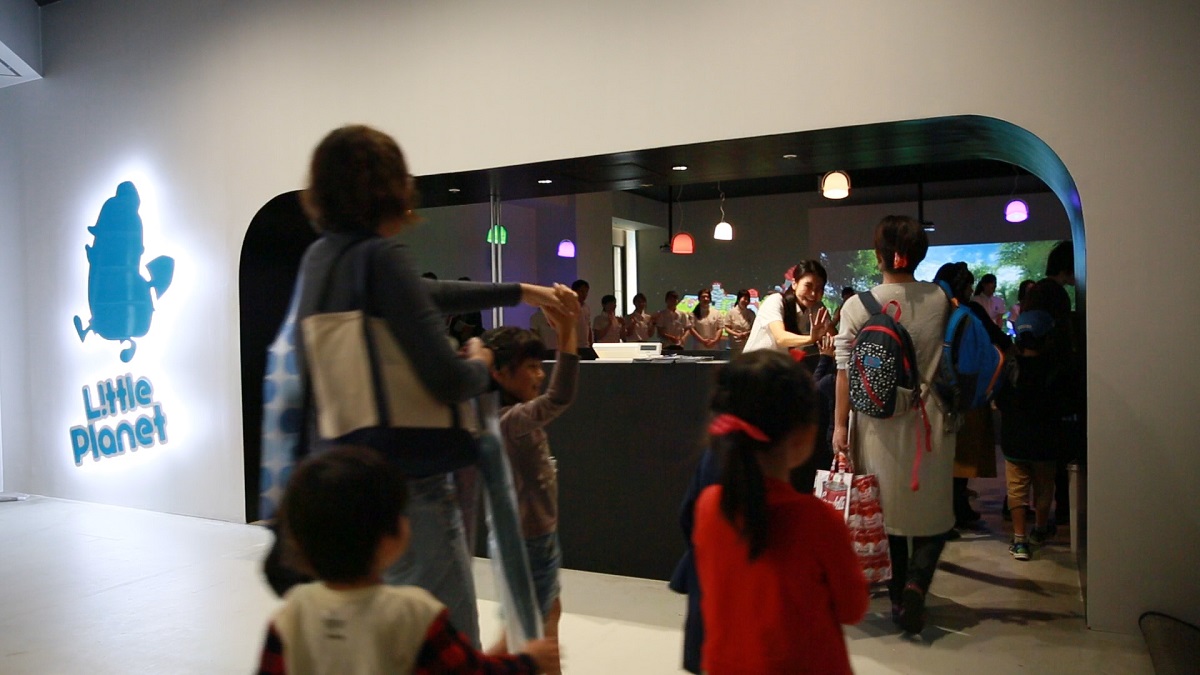 KINOSHITA: As I realized seeing it with my own eyes, kids are completely natural when they’re having fun; they’re totally free of preconceptions. I thought maybe this attraction had the potential to revive the inner child in adults too by breaking down their psychological barriers as they got caught up in the mood. Our ambition is to keep on churning out experiences like none before. We might even be able to apply this idea in the business workplace, by using it in workshops as a means of provoking livelier discussion. The possibilities must be legion.

MICHIDO: The really neat thing about a live event is that you get instant feedback on the spot. Often, when we in the Research & Development Division try to think things through on our own, we get stuck in a mental rut. Being able to conduct joint research like this with people who actually work on attractions is an invaluable experience: it lets us apply our research in the real world and obtain instant feedback. Hopefully we’ll also be able to speed up our research itself. 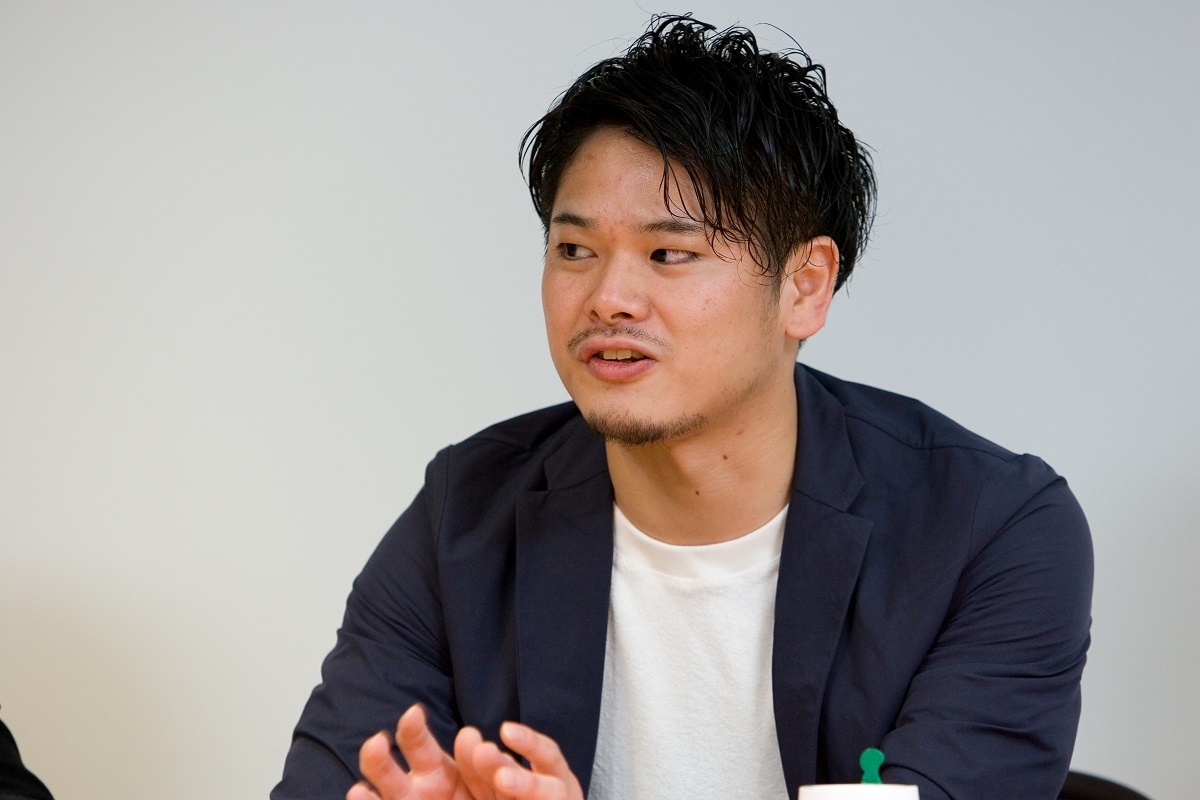 FUKUYO: Right now, I guess, we’re still at the stage of just being content to see smiles on children’s faces. But in future, as was mentioned earlier, it’s possible the idea could develop into something for adults or even seniors. Two or three years from now interactive attractions like these may be utilized for a different target audience in a different field that never even occurred to us. We want to stake the next couple of years on that intriguing possibility.

ISSHIKI: As the only person here who has practical experience in the field of early childhood education, I hope we’ll be able to actively tap demand among mothers and guardians too. It’d be nice if, while listening to what they have to say, we could turn the attraction into a place to come to learn lots while playing naturally and having fun. The name “Little Planet” implies that here you’ll find a world you’ve never experienced before. The staff are called “navigators” and visitors are called “planeters”; the idea is that planetary travelers happened to have arrived here and are experiencing this world, with navigators following them and providing support. Hopefully visitors will also enjoy that worldview.

GOTO: And it would be nice if parents would jump in with their children and have fun too instead of just watching them play from the sidelines.

I myself have some knowledge of entertainment, but my knowledge of education still leaves a lot to be desired. In the course of joint research with Hakuhodo, I hope to build up a good knowledge of both and come up with something solid in terms of evidence too as our two companies rise to the challenge of integrating entertainment and education. 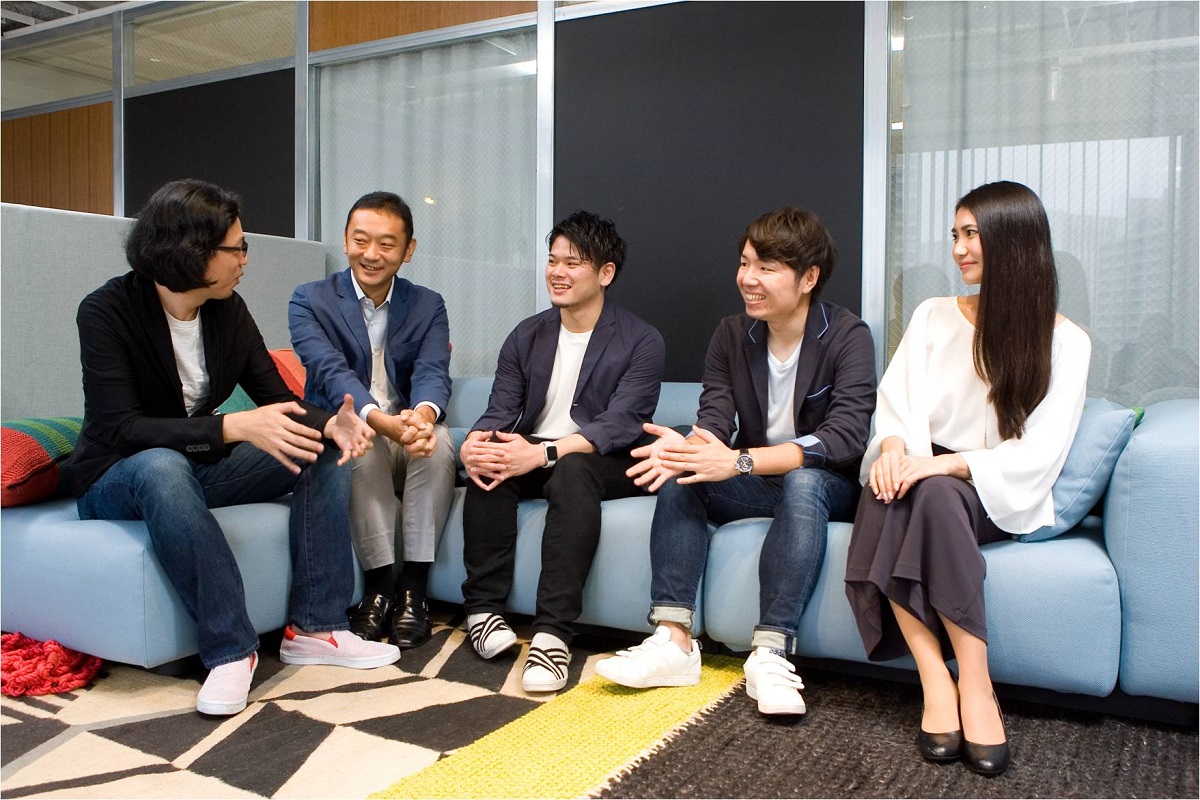