Many Hakuhodo Group works again netted various advertising awards this year. One that has been especially acclaimed is “Gravity Cat,”* on which Yuta Okuyama of Hakuhodo’s Integrated Planning & Creative Division and SIX Inc. worked as creative director. This has won numerous awards in Japan and internationally, including the Grand Prix in the Film category in the ACC Tokyo Creativity Awards, Gold at all the world’s three biggest advertising festivals—Cannes Lions, The One Show, and the Clios—the Grand Prize in the Film and Branded Entertainment categories at New York Festivals, and the Grand Prix in the entertainment category at Spikes Asia.
Yuta, who is in his ninth year at Hakuhodo, is one of this year’s hottest creatives. We asked him about his award-winning work and approach to the job. 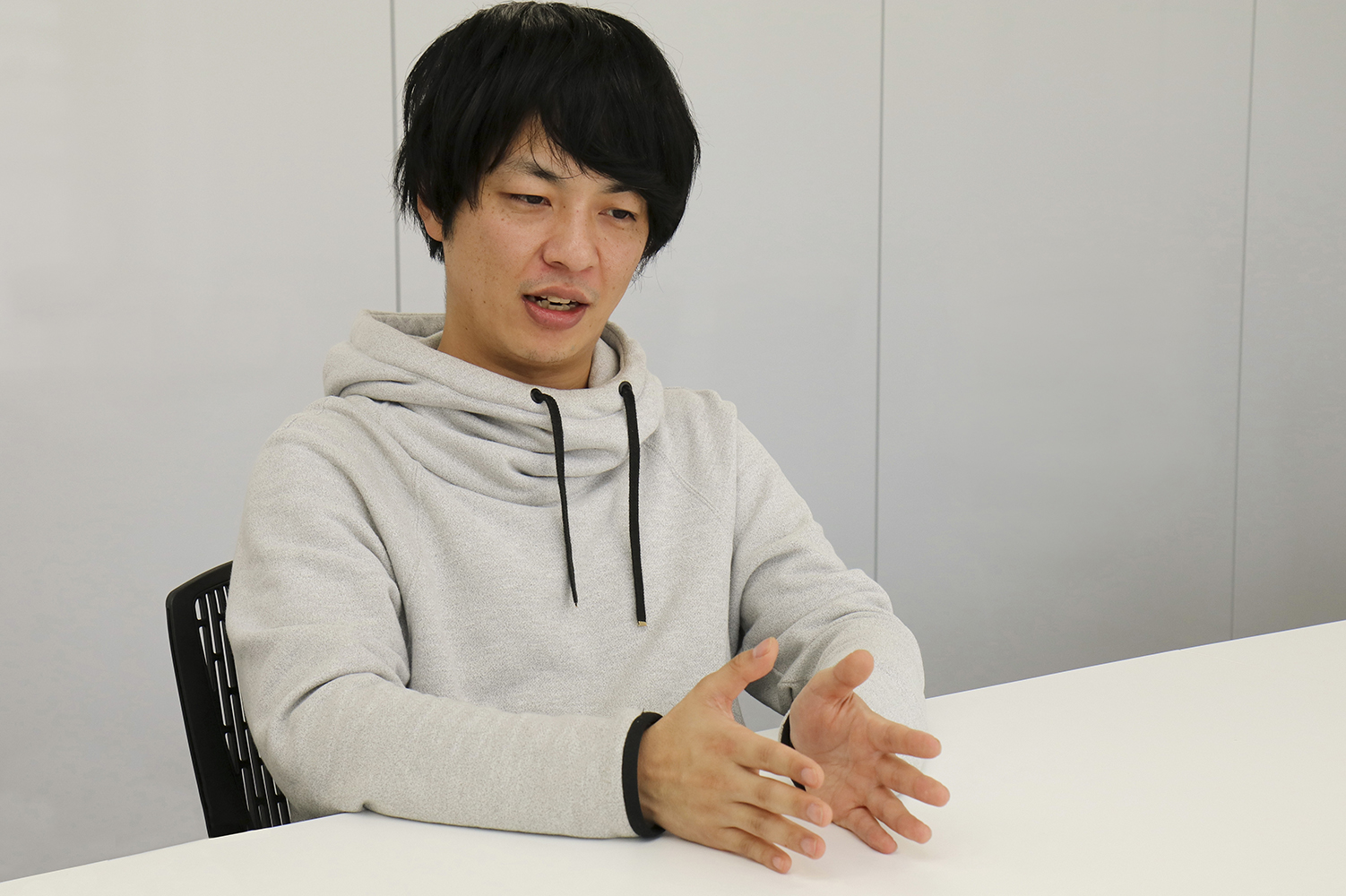 The devil is in the details

How did you end up working at Hakuhodo?
I’ve always loved fashion, and I set up a fashion show club at university. I would sit at a foot-operated sewing machine making clothes myself, and plan, stage-manage, and run the fashion show. In the process I learned how enjoyable yet difficult it was to come up with a concept, think of a way to get it across to people, and then give it shape. When I found out that advertising appeared to be a similar business, I did an internship at Hakuhodo, and that’s how I ended up here.

At first you planned TV commercials, right?
I was assigned to be a copywriter, and I was mentored by a person specializing in commercials, so I spent my days busily thinking up fifteen- and thirty-second TV commercials. All aspects of the art were hammered into me, from coming up with an idea to how to create a storyboard, principles of video editing, and how to work with the director and production team. And because I felt film was not my strong suit, I would intently watch Cannes and ACC winners and analyze, in my own way, how each talked to the audience through film.

This has been a banner year for you. Your Grand Prix in the film category at the ACC Tokyo Creativity Awards is Hakuhodo’s first in years. What do you think is the reason for your success?
The film jury president, Yoshimitsu Sawamoto, said something to the effect that the piece demonstrated that even online video ads had the potential to be this entertaining if enough work went into them. So I guess the reason is simply that we took a bit of a wild idea and carefully, painstakingly worked it up without compromising.

How did you go about producing the video?
From the time the idea was decided till the moment of delivery, it was a constant struggle to chalk up every last point. I’d decided at the planning stage that I wanted director Show Yanagisawa to direct the video, so I wrote him a long letter to win him over and met with him four or five times to go over the production storyboard. We touched the thing up over and over. I kept emailing him with suggestions for modifying the copy or changing the story right up till the day before the shoot, and I even suggested new staging ideas on the set.

The idea for the water flowing upward out of the faucet and the towel falling upward I came up with on the set. Lots of people say they like those bits, so I’m glad I stuck to my guns. Even after shooting ended, we kept debating why certain details had to be as they were: the contents and spine of the book, which only appear in a couple of frames, the montage design of the props, the time displayed by the smartphone’s clock. Though I imagine none of that had anything to do with why we got the awards [laughs].

I was also lucky to have a great team. Both the agency team and the production team hung in there in the belief that working out every last detail would result in a better video. It was young team, with everyone in their early thirties—the creatives, the director, the producer—and the film I think embodies the like-minded enthusiasm of people of similar ages unique to such a team. 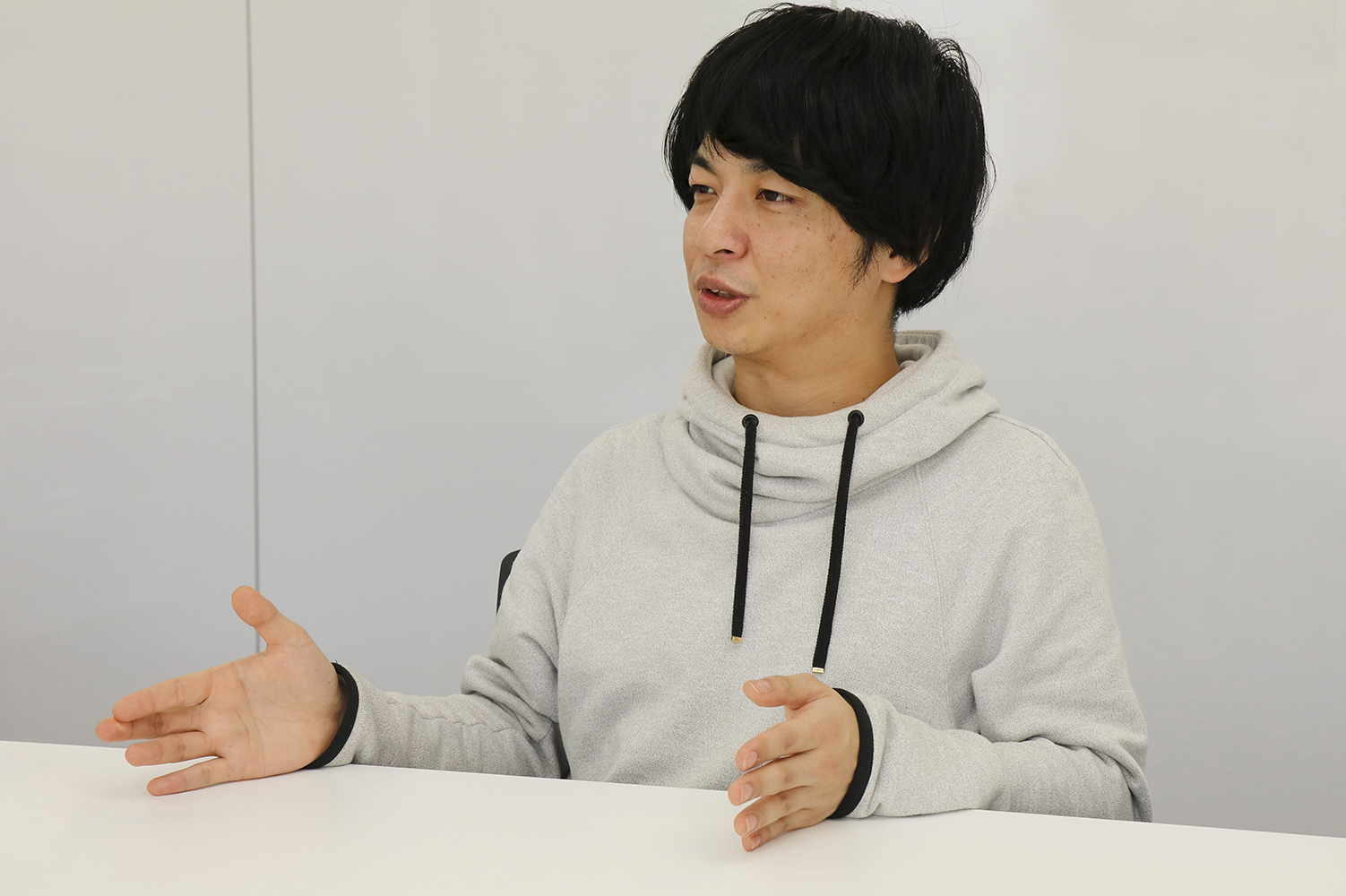 Taking care to create a lasting impression that distills the brand

Do you have any special tricks or killer techniques?
Killer techniques…[laughs]. I don’t possess anything so extravagant. What I basically aim to do is translation, I guess.

What do you mean by “translation”?
Taking a good look at the brand values and attractions of the brand, and translating them into experiential content. To put it another way, delivering the brand values to the public in the form of content that doesn’t so much convey them as get them across naturally or, even better, makes them felt.

A skilled language interpreter, for example, doesn’t simply convey the spoken words in the other language when translating; they also factor in the nuance of the words, the pauses between them, and the thoughts and character of the speaker, and translate in such a way that these get across to the audience and are felt by them. Similarly, brand values include many nonverbal elements that can’t neatly be defined or put into words: the brand’s spirit, its presence, its character, its panache. Translating all that into content without leaving anything out; getting people to intuit the brand values; and, once they’ve experienced them, leaving a lasting impression on them as only that brand can—that is where the translator-creative comes into their own.

So it’s a matter of translating into the language of content, right?
That’s right. Translated literally, the brand values might be a bit abstruse or difficult to understand, so you translate them into content that ordinary people can make sense of and are interested in or can sympathize with or find amusing.

What about in the case of “Gravity Cat”?
The attraction of this game is that you get to experience changes in gravity and, as a result, are liberated from the laws and commonsensical rules of the real world. By transplanting the gameplay experience to the actual world around us in a single continuous live-action point-of-view shot, the idea is to get people to virtually experience, in an intuitive way, how neat it would be to undergo changes in gravity. The story too is on the theme of being liberated from fixed notions and commonsensical rules that is the attraction of the game: it starts with the protagonist, a university student, struggling with her graduate thesis; then, after her gravitational experiences, she comes up with a new topic for her thesis.

It’s got nothing to do with the fact cat videos are all the rage online, right [laughs]?
Our mission was to generate buzz, so of course that’s part of it. But a kitten appears in the game as the main character’s guide and sidekick, so the depiction of a kitten in the film dovetails with the game’s contents. It’s become common for online videos these days to adapt formats that are popular on the Internet, but there’s no point in that unless the video is properly connected with the brand or product and leaves the viewer with an impression of what the brand is really about. That’s a warning to myself too.

Working with the hands gets the head working.

How do you make use of the Mac?
I use Illustrator and Photoshop and Keynote and Premiere. If I hit a mental block when it comes to planning or the visuals or the script, I start working with my hands and playing around with the written proposal or Illustrator. In the process the muddle in my head will clear, or maybe I’ll be inspired by the visuals and hit on a new idea. So it often happens that working with the hands gets the head working.

During video editing, too, when there’s something not quite right but I’m unable to verbalize what it is and tell the production team, I’ll try to nail it down by working with my hands; then what was bothering me will become clear. Of course, I wouldn’t be so presumptuous as to show something I’ve edited myself. Also, I enjoy selecting fonts and composing text, so I often typeset the captions used in the video myself.

So you’re able to communicate effectively with the director and production firm staff.
Having experience working with my hands myself enables me to engage in concrete discussions about output from a similar perspective as production staff. So maybe that’s one of my assets. 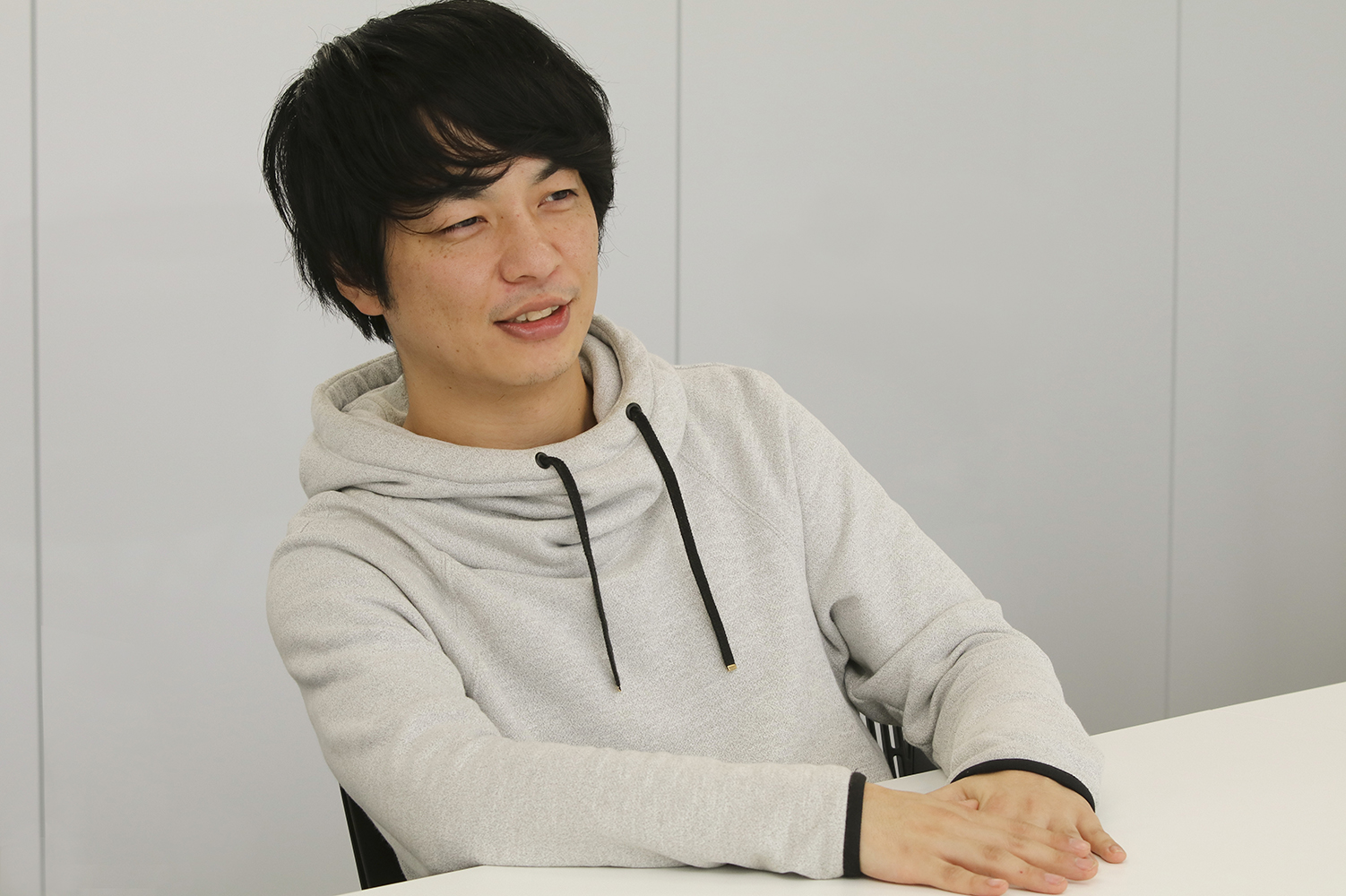 Winning has made me set the bar higher for myself, which is good.

What was the best thing about winning all those awards?
Realizing and becoming conscious of where the global level stands. Before, when I saw something that had won a global award, it seemed to me somehow irrelevant to the work at hand. “I’d love to make something that incredible if I ever got the chance,” was all I’d think to myself. But now I’m constantly aware of the global level or something. I’m no longer satisfied with producing something that may be just a bit cool.

So you’ve set the bar higher for yourself?
I don’t work with the thought of winning an award constantly in mind, but sometimes I do ask myself whether an idea or finished product has what it takes to hold its own on the world stage. Setting the bar high for yourself and insisting on high standards, I believe, helps raise the quality of your daily work.

A word of advice for young creatives who hope to net an award themselves.
I’m already thirty-two, but I still consider myself young, and we’re all rivals, so it’s not much fun when someone else comes in for praise. So my honest advice is, Don’t win any awards [laughs].

In the age of digital and online videos, it’s easy for small, low-budget productions to become the talk of the town, and opportunities for young creatives to make waves and win awards have, I feel, increased dramatically compared to the old days. So it’s become all the more common to be confronted by the spectacle of your age-mates suddenly seizing an opportunity, which leaves you envious and panicky.

I will say, since anyone who has won an award invariably says it, that the award is just icing on the cake. But if winning awards fosters such emotions and leads people to inspire each other, setting off a new wave, and something stimulating or intriguing emerges from the younger generation, then that’s exciting. Still, I hate it when someone else gets the accolades [laughs]. 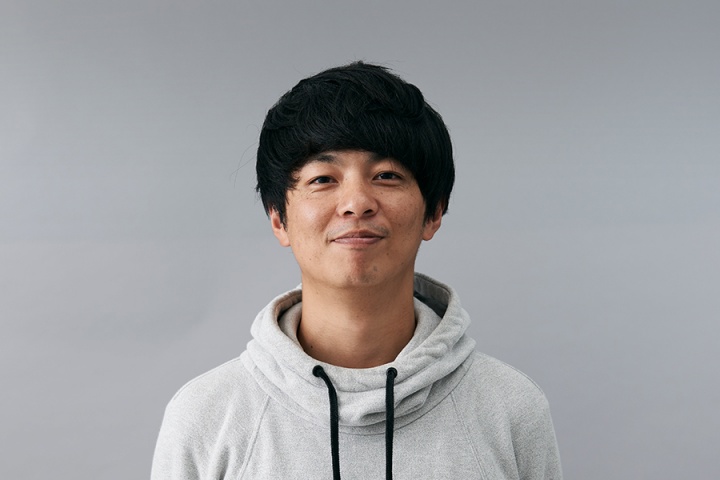 Yuta Okuyama
Born in Tokyo in 1985, Yuta Okuyama graduated in economics from the University of Tokyo. Capitalizing on the knowledge and skills he has developed planning TV commercials, he specializes in producing emotional engagement by designing stories for video and communication. His video “Gravity Cat” has to date won more than fifty international awards, including Gold at all the world’s three biggest advertising festivals and six Grand Prix. He has been cross-appointed to SIX Inc. since May 2017.
SHARE
Back to News & Insights