The second Advertising Week Asia took place May 29-June 1, 2017, at Roppongi Midtown in Tokyo. This year’s event again brought together leading figures in the fields of advertising, marketing, and technology from all over the world to discuss hot topics like mobile marketing and the future of artificial intelligence.

Here we report on three sessions featuring people from Hakuhodo and Hakuhodo DY Media Partners: “Competition or Collaboration? Agencies vs. Consultancies in the Digital Field”; “How Does AI Extend Communication between Viewers & Television?”; and “How to Win an Effie from Japan?”

Competition or Collaboration? Agencies vs. Consultancies in the Digital Field Panelists

“To be honest, I think many people can’t even tell the difference between a consultancy an agency. What do the two actually think of each other?” With that question moderator Yoshihiko Kasamatsu opened the discussion, and Motohiro Ando replied, “On the surface they’re much alike, but the question of how they differ is a key concern for both.” He then explained why. “In a world in the midst of a digital transformation, marketing has come to occupy a position close to management. The essence of marketing lies in how to create value for sei-katsu-sha (consumers with a heartbeat), and that’s come to be central to management. Consultancies and agencies now overlap more than ever in the field of sei-katsu-sha insight.” Yoshihisa Suzuki observed, “With the digital transformation both have become marketing-oriented, so here they definitely overlap.” He added, “They may sometimes compete, and conversely there may be things they can do together.” Junichiro Kurokawa, himself from a consultancy, pointed out, “Consultancies can’t handle media, so they do actually sometimes turn to an agency for that. They differ from agencies in what they do best, but at least they’re not in an antagonistic relationship.” Masanobu Eric Matsunaga described consultancies’ perception of the digital field thus: “Far from being antagonistic, I think they have a lot to learn from agencies.” 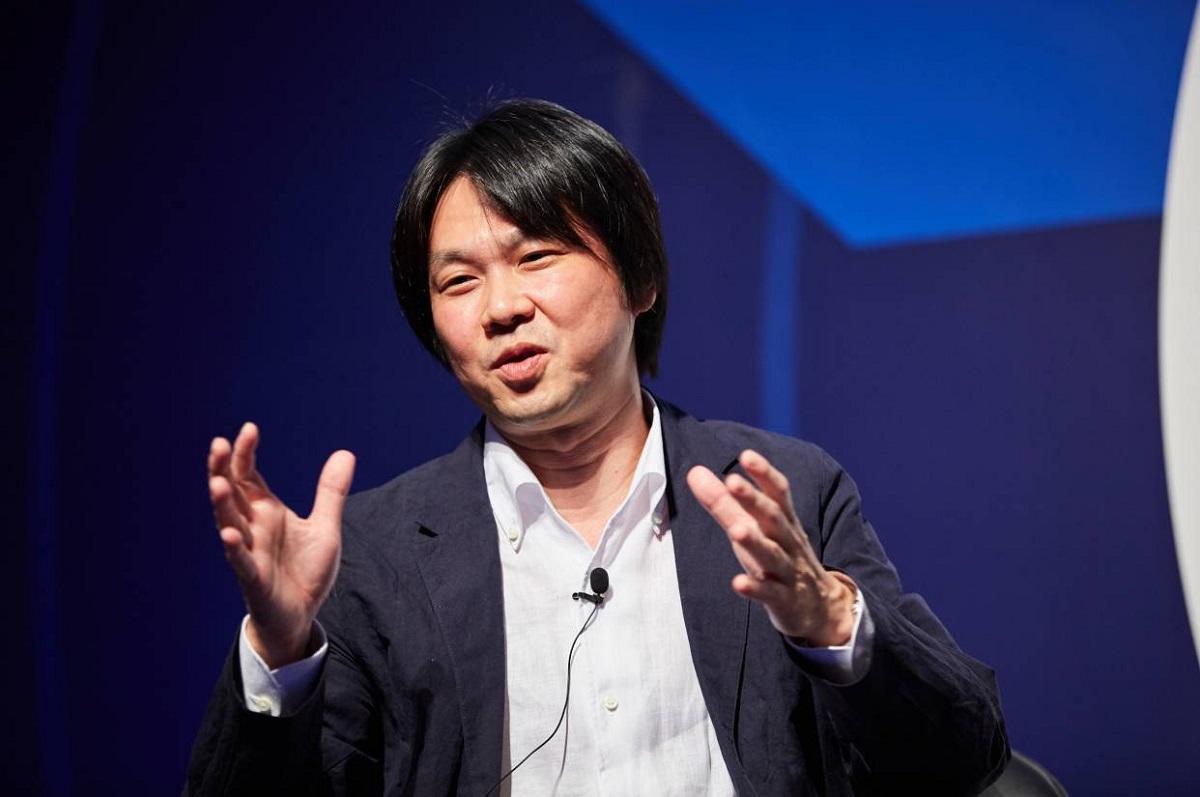 Ando then addressed subject of consultancies’ strengths. “Consultancies are good at creating frameworks. They have models of what to do to solve a challenge and excel at taking swift, solid action. Agencies tend to take a creative, custom-made approach to each individual project, but in the context of the digital transformation that’s not enough in certain regards.” Kurokawa countered, “In actual fact we don’t rely exclusively on models, though we do draw on past success stories because they’re easy to understand.” He added, “We have a slight edge over agencies in creativity.”

The moderator interjected, “What management wants is reproducibility. It’s handy to have a methodology or formula; it makes things easier to explain. That’s where consultancies excel. But creativity isn’t reproducible.” Matsunaga cited one of the challenges faced today. “A key concept in management consulting is responding to quantum changes. There the conventional methods don’t work anymore; if anything they get in the way.” Ando agreed. “In that regard we both share the same aim.”

Asked about ambitions for the future, Ando replied, “We want to form a united front.” He explained further. “Japanese companies as a whole have started seriously thinking about how to create value for sei-katsu-sha. They now put that at the core of management in organizing themselves. There’s no difference between consultancies and agencies in their desire to further that trend. In that sense we’d like to form a united front to ensure that the Japanese corporate community and marketing evolve in the right direction.”

Matsunaga elaborated on the idea of a united front. “Not just a united front between companies but between individuals.” Ando and Suzuki both concurred. “Absolutely. Ultimately it’s a matter of people.” “First it’s important for individuals like us to understand each other and deepen our relationship.” That brought the session to a close. 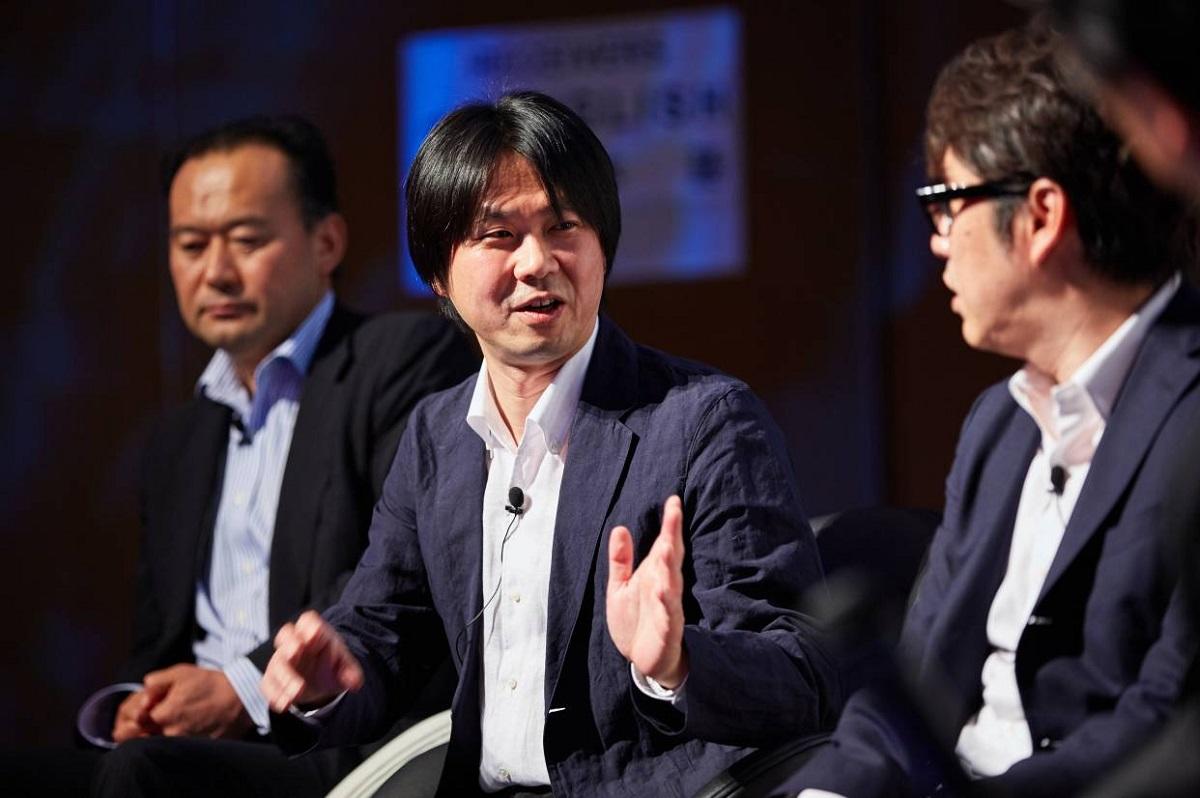 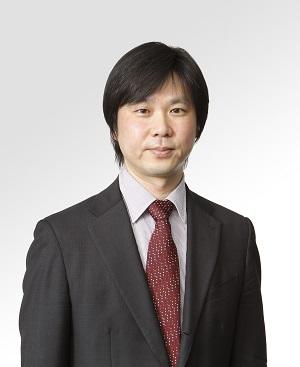 Motohiro Ando
Corporate Officer, Hakuhodo/Hakuhodo DY Media Partners
Motohiro Ando, who joined Hakuhodo in 1988, has worked on business and product development, integrated communications development, and global branding for a host of companies. He has won numerous awards, including the ACC Grand Prix and the Asian Marketing Effectiveness Award for the Best Integrated Marketing Campaign. He has also served on juries at the ACC Awards (in the Marketing Effectiveness category) and at the Cannes Lions International Festival of Creativity. He is coauthor of Marketing Nation Japan: CMO Functions — The Key to a Comeback in the Digital Age (in Japanese). Ando has a degree in Socio-information and Communication Studies from the Graduate School of Interdisciplinary Information Studies of the University of Tokyo.

How Does AI Extend Communication between Viewers & Television? 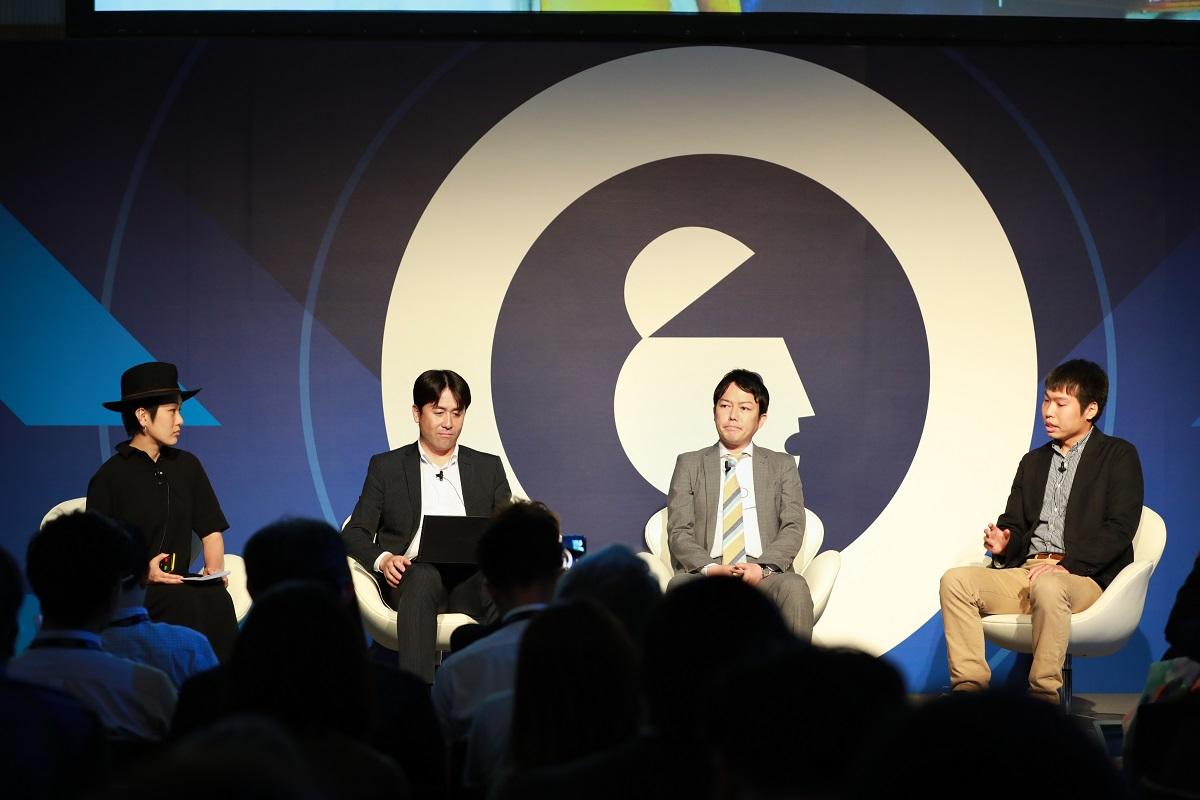 TV Asahi, one of Japan’s major television networks, is currently at the testing stage of the tentatively named “Asako” project, a communications project making use of an AI chat assistant (chatbot). This seminar discussed the progress of the pilot project and challenges facing it, the relationship between television and artificial intelligence, and the functions of AI.

Moderator Mayumi Morinaga enumerated three possible functions of an AI chat assistant for TV: to use for producing programming per se, to enrich the viewing experience, and to fill the gap between, say, this week’s and next week’s broadcasts. She then asked, “For what function do you intend this project?” Takuya Nakagawa replied, “For use in communicating in the gap between broadcasts.” He then explained the reason. “Until now our connection with fans of our programming content has only been transitory — restricted to a particular day and time. It’s been a series of one-time transactions, as it were. What’s important now, though, is building ongoing relationships. That necessitates developing the ability to communicate at all times, which is where we intend to put AI to work.” Morinaga clarified the significance of using AI. “A human operator can only deal with viewers one-on-one, but AI makes it possible to converse with hundreds of viewers simultaneously.” Asked how the system would communicate with viewers, Nakagawa replied, “We envision weaving information about content into the kind of casual conversation you might have with a friend, without forcing it on people.” To make it possible to communicate thus, the project uses Microsoft’s Rinna as its AI chat engine and utilizes supplementary data in the form of M Data’s TV metadata to make the character TV-savvy.

Morinaga then asked about the outlook for the project and hurdles on the path to commercialization. Keizo Fujiwara responded, “We need to further explore what character and capabilities the AI should have in order to casually engage not just TV Asahi fans and fans of TV Asahi programing, but fans of content of all types.” Tsukasa Usui added, “It’ll be imperative to collect and utilize more of the kind of data available only at a TV station and nowhere else, in order to bring out the qualities that make this AI system unique to a TV station.” Nakagawa answered, “We hope to be able to make better use of the data at hand at the TV station — captioning data, for example.” Nakagawa then summed up the outlook for the project in light of these challenges. “Bringing Asako to the world as a TV station character will require further gains in accuracy.” 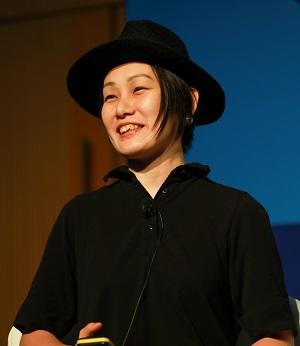 Mayumi Morinaga
Media & Communication Producer, Media Contents Business Center, Hakuhodo DY Media Partners
Mayumi Morinaga, who joined Hakuhodo after a stint with a telco, works behind the scenes putting digital technology to good use in making content and communications really shine. She also comments and writes in the media on subjects like technology, heavy Net users, and otaku culture. She describes herself as an unintroverted otaku who overcomes her poor social skills with what little willpower she has. She serves on the board of the Word of Mouth Japan Marketing Association and is coauthor of Can You Trust Online Reviews? Are 3-Star Restaurants Truly Delicious? (in Japanese).

How to Win an Effie from Japan?

The Effie Awards originated in the United States forty-nine years ago and have since gone global, with forty-eight programs worldwide. At this session three panelists who have served on the jury for the APAC Effie Awards, which cover the Asia-Pacific, talked about the awards’ prestige and the secret to winning one.

The reason that the Effie Awards have come to be so coveted, Tetsuya Waida observed, is “because marketing effectiveness, which is what the Effies evaluate, is in step with today’s trends.” He explained, “Digital, devices, data, and the environment are changing at all touchpoints, and the old approach to communications — produce creative work and then release it in the media — is changing with them. Now it’s becoming standard to develop communications and business in a single package.” Yoshi Matsuura noted, “The Effies are, along with the Cannes Lions, a standard award for global agencies.” Said Schneider spoke of their prestige thus: “The Cannes Lion is of course a wonderful award, but the Effies differ in that they require not just being creative but also having a well-defined idea and producing definite results.” 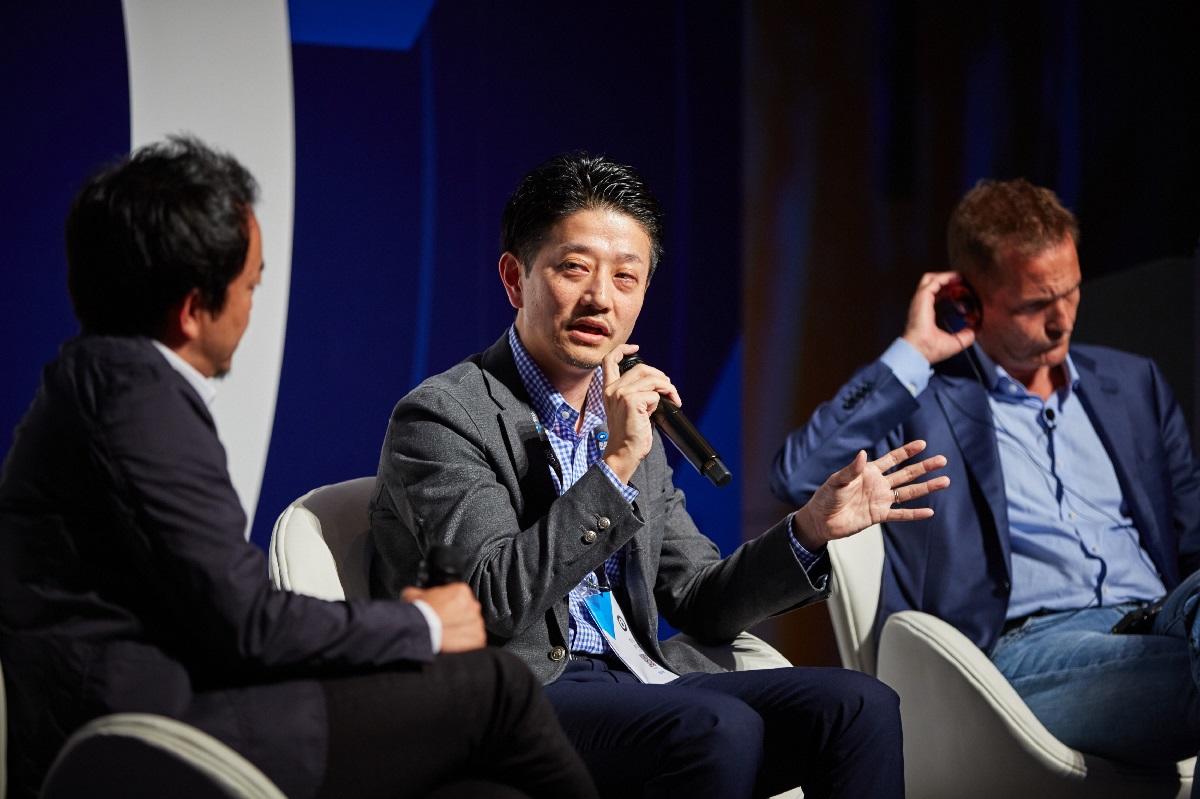 Waida offered some advice on how to land an Effie. “Unfortunately the Effie Awards aren’t very well known in Japan, so first you should get well acquainted with them.” He then described the secret to winning one based on his own experience serving on the jury. “It’s important to be painstaking about each of the four judging criteria: Strategic Challenge + Objectives, Idea, Bringing the Idea to Life, and Results.” Matsuura added, “Being able to explain your entry clearly in terms of all four judging criteria increases your chances of winning. And don’t wait until the time to enter approaches to start thinking about the judging criteria; keep them constantly in mind.” Schneider pointed out, “The judges have to sift through a whole bunch of entries at once, so it’s important to sum up your idea and results shortly and succinctly. And the Effies give you the chance to review your accomplishments. Don’t forget to make the client aware that it’s a beneficial award for them too in that it can help with subsequent strategy.”

Waida wound up with some words of encouragement. “Japan’s marketing work is at a high level, so the Effie Awards shouldn’t be beyond reach. Entering the contest is an opportunity to improve yourself, so be bold and challenge yourself.” 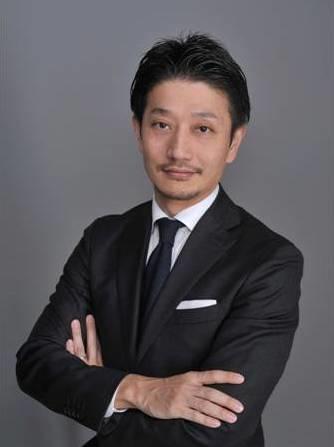