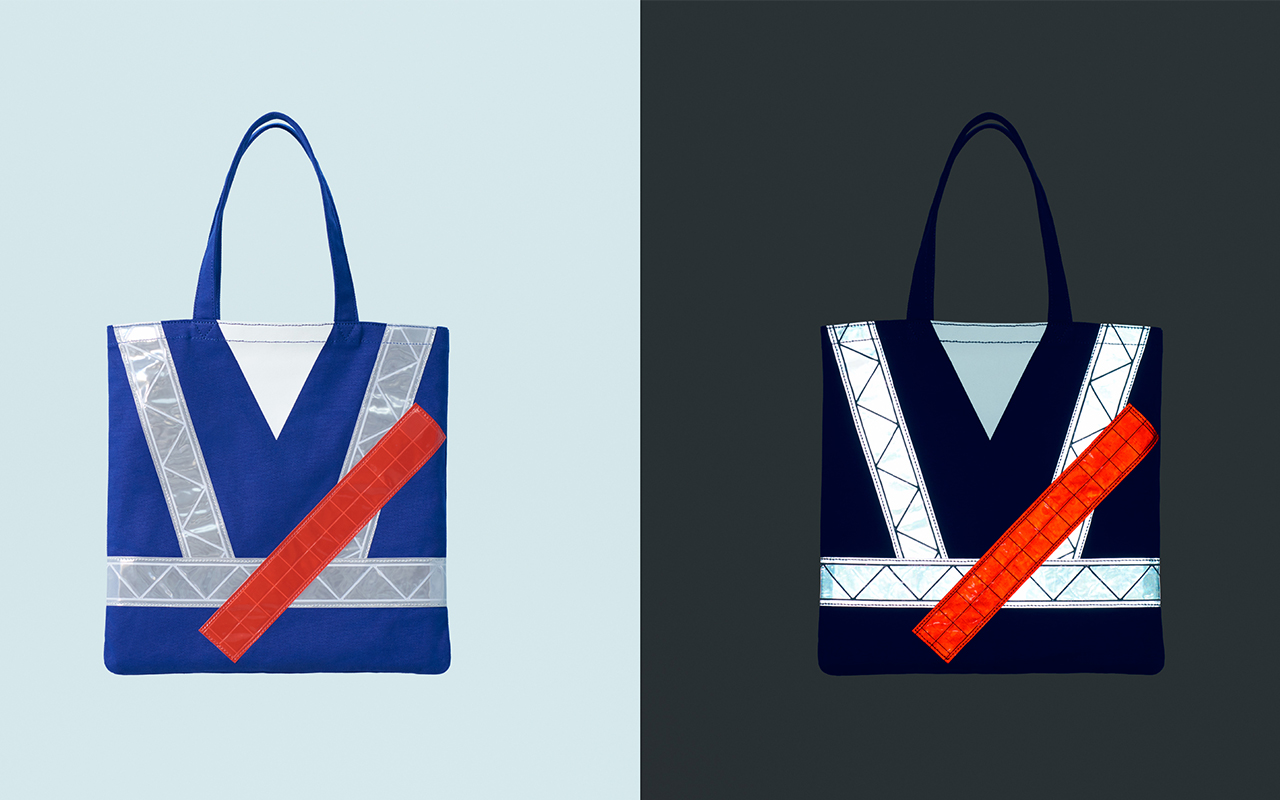 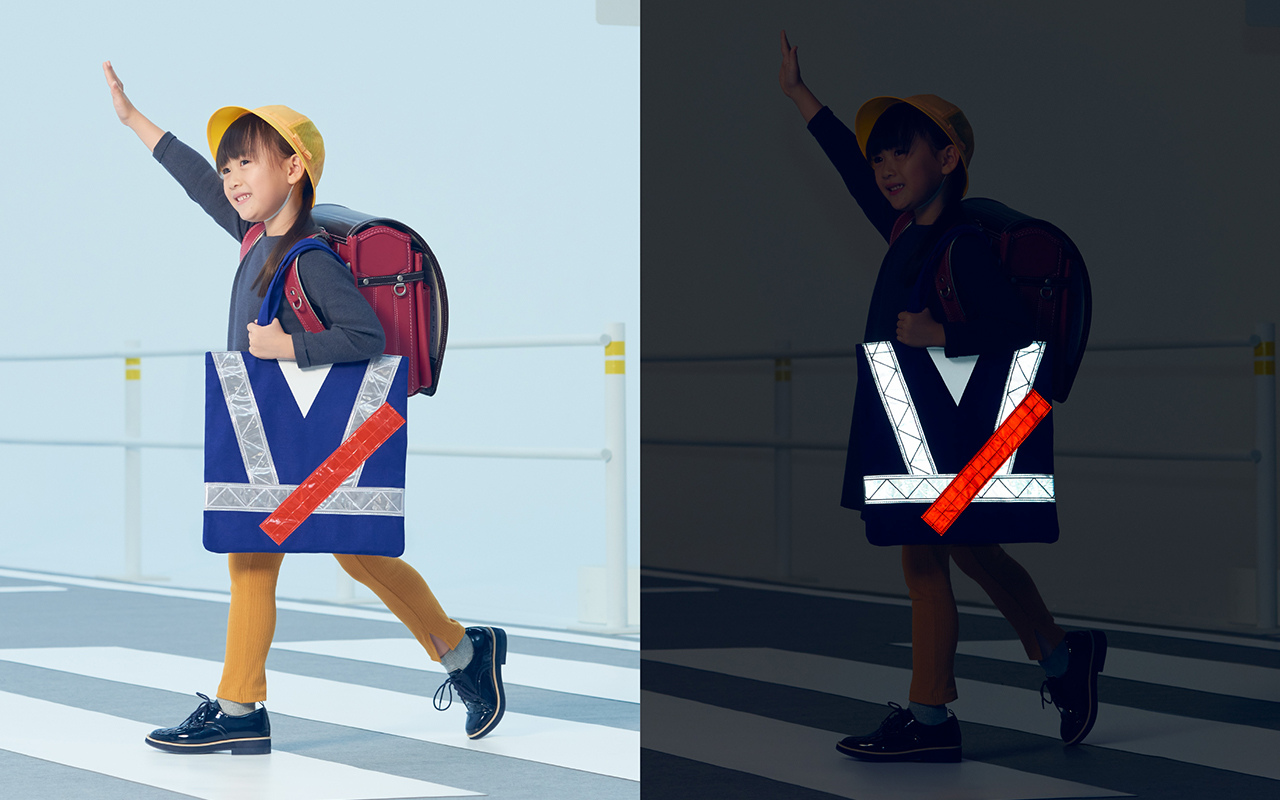 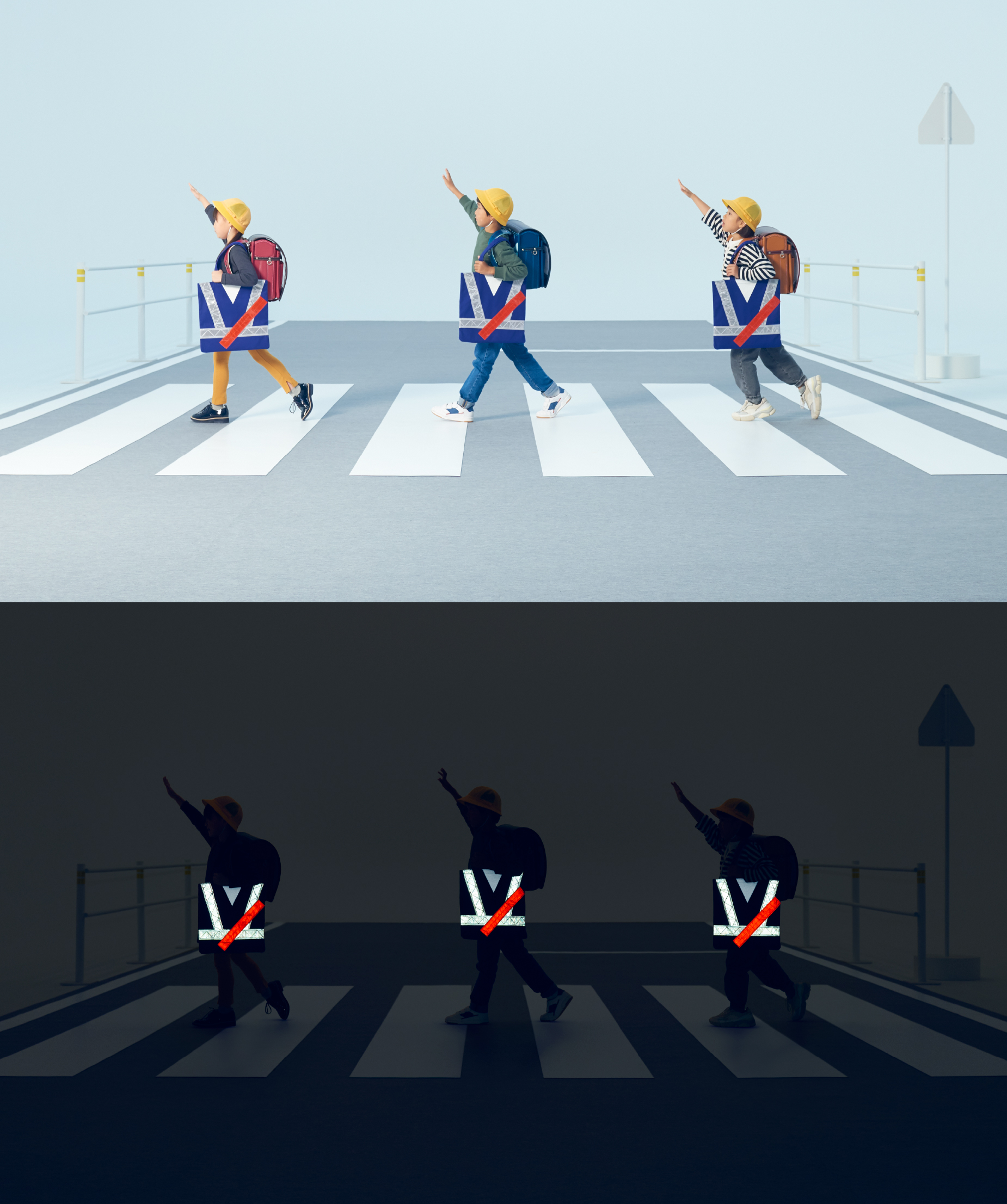 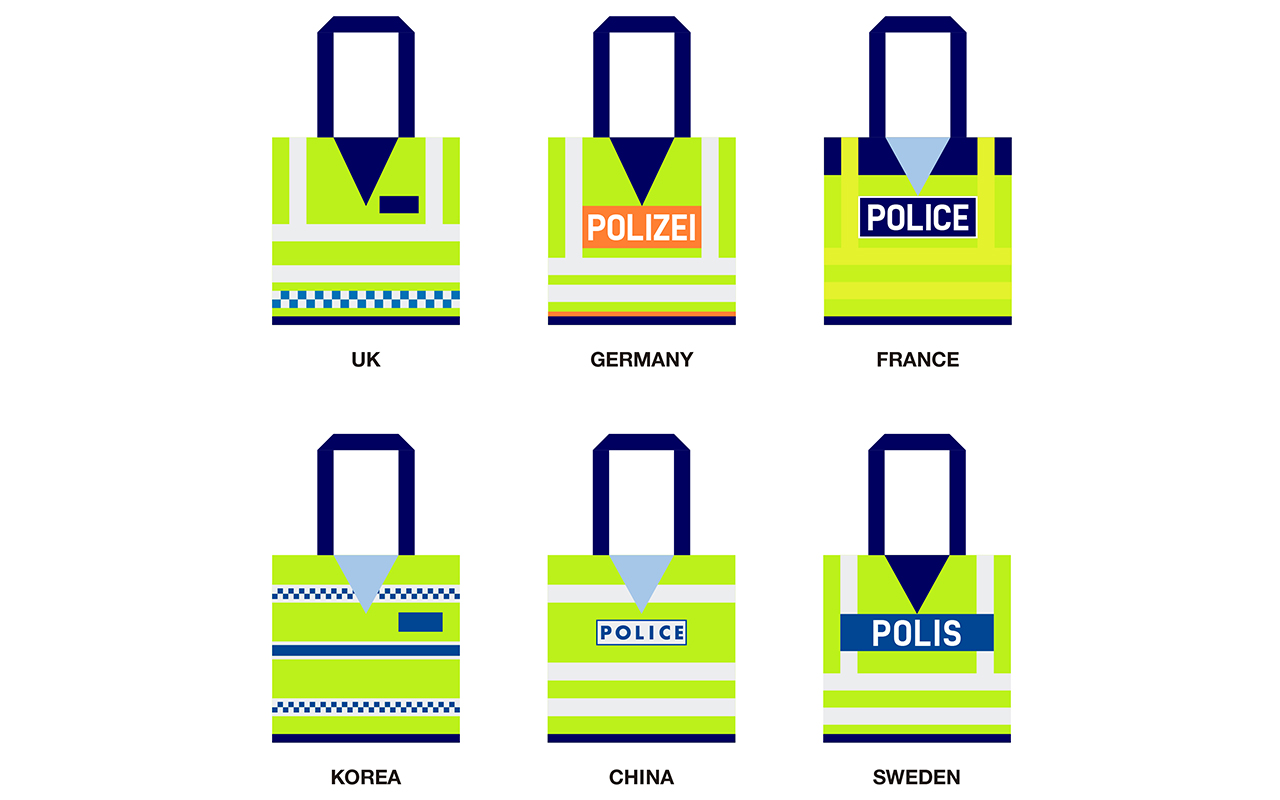 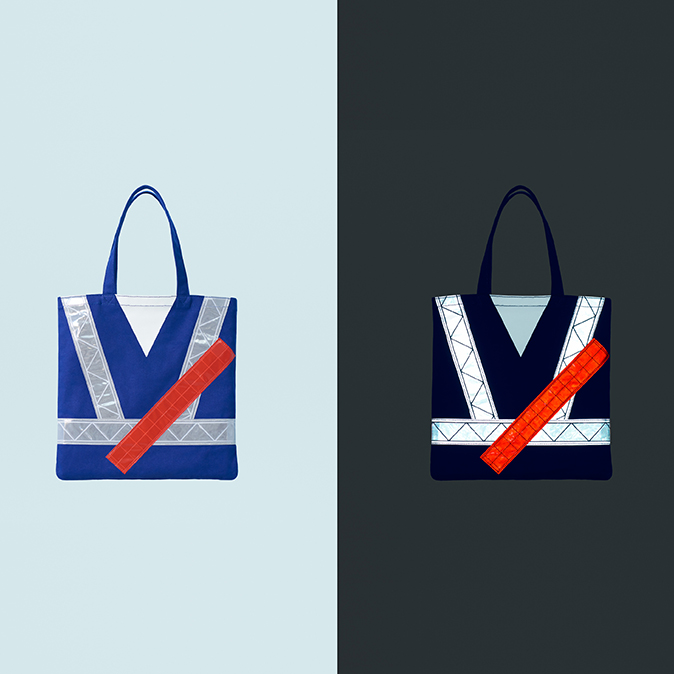 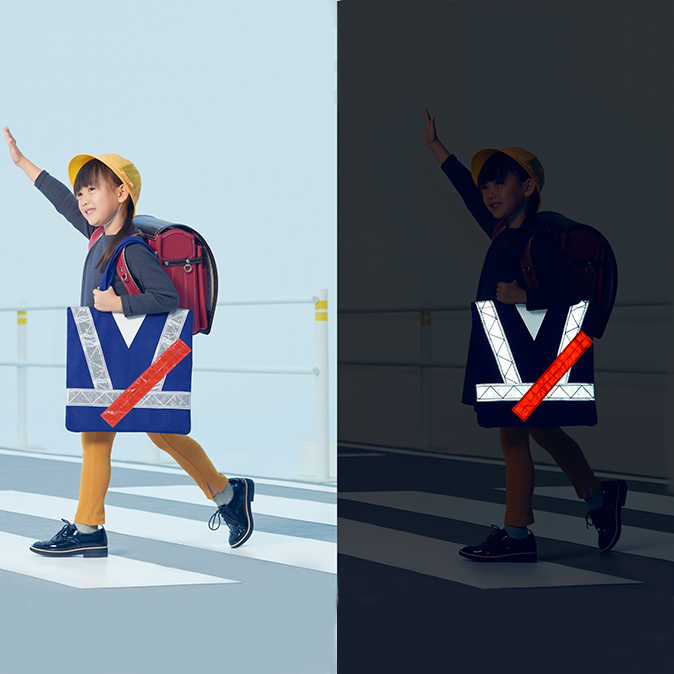 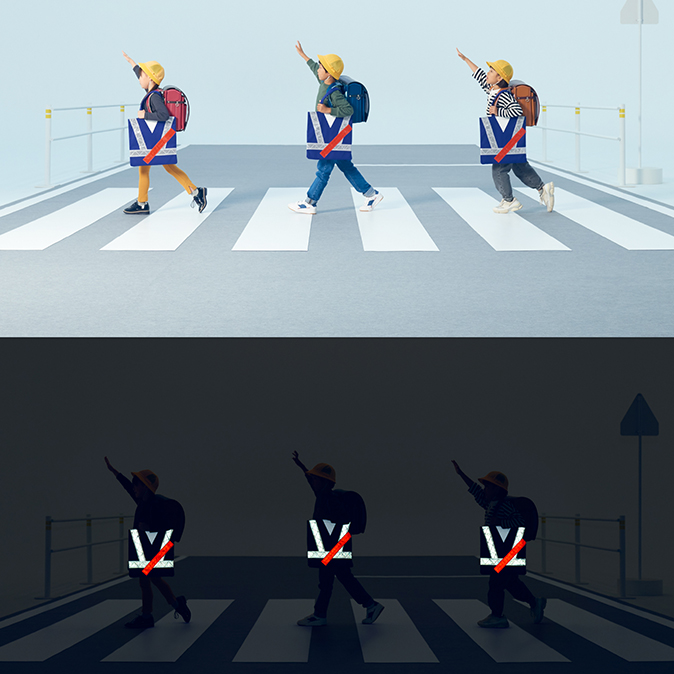 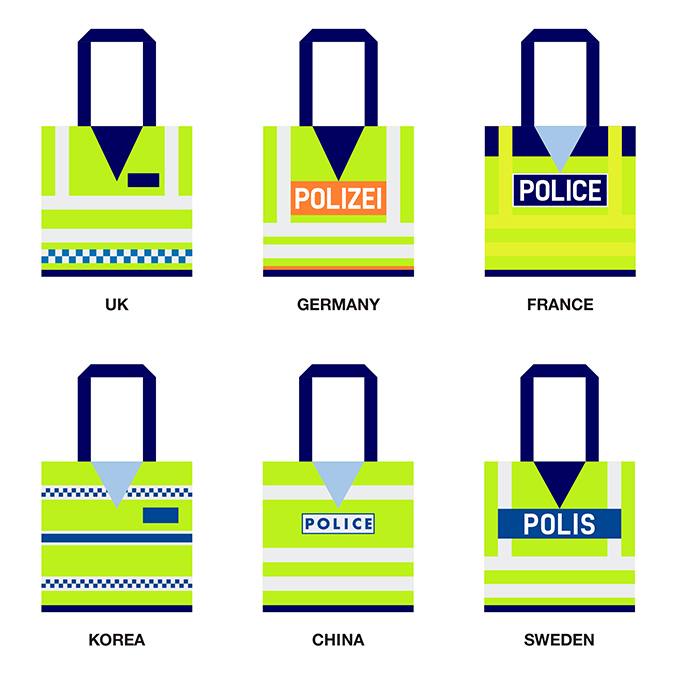 Among developed countries, Japan stands out for having a particularly large number of children that walk alone. For various reasons, unlike other developed countries, there is no environment where schoolchildren walk accompanied by their parents or another family member or take a school bus to and from school.

In Japan, traffic accidents are highest among seven-year-olds in their first year of elementary school, a phenomenon called the “devilish sevens.” This arises from the increased opportunities children have to leave their parents’ side and go out alone once they enter elementary school. Accidents when crossing the road are especially noticeable, and it has been said that this trend increases in October, when twilight comes earlier. Our challenge was to reduce the number of traffic accidents involving children.

To coincide with October, we developed a children’s fashion item that could help them protect themselves from traffic accidents just by wearing it. The core idea was: a police officer you wear across your shoulder.

Focusing on the psychology of drivers braking quickly whenever they see a police officer’s high visibility vest glowing in the dark, we developed a tote bag that at night looks like a police officer. Glowing reflectors cause drivers to pay close attention, protecting children crossing the road at dusk.

Although originally developed as a promotion, there were a number of voices on social media that wanted us to sell the product. In response to a series of inquiries from governments and police departments across the country, we decided to begin sales of the tote in September this year at general merchandise stores and curated shops across Japan.

The phenomenon of drivers sitting up and paying attention when they see a glowing police vest shining in the dark is common worldwide. With the aim of reducing traffic accidents involving children, we are considering producing tote bags in the designs of police vests in various countries and taking them worldwide.